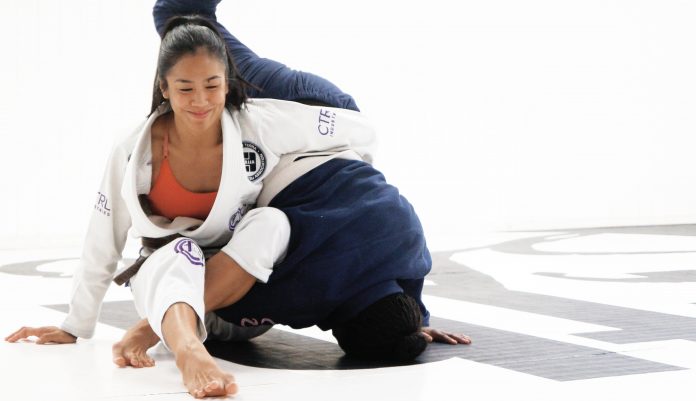 There are no two Jiu-Jitsu rolls that are the same. Even if you do two rolls in a row with the same person, they’re going to be significantly different. And, rolling with other people only increases variability. This is exactly why Brazilian Jiu-Jitsu is such a fun martial art to train. Your everyday academy has people of all sizes, physical attributes, levels, and genders. This means that every moment of every BJJ roll brings something different. The widely accepted premise is that you should train with as many people as possible when rolling in Jiu-Jitsu. And yes that includes rolling with the opposite sex as well.

Rolling with the opposite sex is somewhat of a tricky subject in BJJ. While a lot, or better said, most people do not see this as an issue, there are still those that tend to avoid such situations. And, don’t get me wrong, there’s no gender in particular that creates these situations. There are representatives of both genders that make things difficult for the rest, whether it is because they avoid the opposite sex during Jiu-JItsu rolls, or because they’re acting disrespectfully. To be honest, it shouldn’t even be a subject that merits thought, yet it is somewhat of an issue in our sport. So today, we’ll look at both sides of the story, so that Jiu-Jitsu rolls can be free of such unneeded turbulence.

“Pure Jiu-Jitsu” by Luis Heredia is a DVD set that tackles all the major positions in BJJ ideal for both male and female grapplers. There’s no stronger sex if you know what professor Heredia has to say in his video instructional. Learn how to counterattack even from the worst positions with the help of “Pure Jiu-Jitsu”! 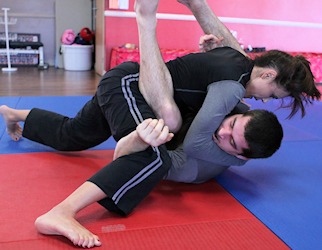 Let’s start first at what seems to be the favorite subject today. I get it that gender equality is a given in modern society, as it should be. However, there’s no need for radical behavior during Jiu-Jitsu rolls. This stands true for both genders. During training, there has to be respect between training partners, regardless of gender. And yes, this goes to both genders, but it’s the males in particular that tend to forget themselves more often as it seems. It is easy, and a basic premise of BJJ – respect those that give you their bodies to learn something extraordinary. I think there’s no need to point out the most obvious way of remaining a gentleman while you’re trying to strangle a female training partner.

Next up is intensity. While nobody likes Jiu-Jitsu rolls that mimic world championship matches, with ladies, this takes on a whole new meaning. Yes, any male can smash or outmuscle and female during Jiu-Jitsu rolls. As far as missing the point of grappling goes, this is as bad as it gets. Lower the intensity, unless you’re in agreement with your female training partner that you should go all out. Even then, try to focus more on the technical aspects of pressure rather than brute force. It’ll benefit both of you.

Oh and one last ego check for the guys. When a girl has a higher rank than you, there’s no shame in getting destroyed. Leave your ego at the door, just like you should do when you’re rolling with male partners. There’s no point in trying to rag doll a female training partner as a response to here submitting you. Dust off, learn the lesson and move on.

Ladies, you’re not going to get away without some talking to either. When you decide to go for Jiu-Jitsu rolls with everyone at an academy, you should be completely ready for what’s coming. While guys should look out for intensity unless otherwise specified, you need to understand that a lot can happen during a roll. Accidental hand or leg placements, for example, shouldn’t be immediately classified as bad intentions. It is a contact sport and even the most careful of male training partners can grip somewhere that’s “inappropriate” during a scramble. Let it go, as long as it is not something that’s done intentionally, which tends to be obvious.

Also, be ready for all the bumps and bruises that rolling inevitably brings. Plus, make sure you choose a good hairstyle for training, or you’re going to have a lot of frustration with your hair. Do not hold it against your male training partners when your hairs tangle up in their grip during a roll. Again, as long as nothing is intentional.

Form another perspective, it is also good to be smart about your rolling partners. Choosing the 250 lbs white belt when you’re a 110 blue belt might backfire. Make sure that you choose partners where you can use leverage to your advantage. That doesn’t mean rolling with lightweights only, but make sure your partners fit your technical abilities and goals. Especially if you’re a competitor. Fast moving, higher ranked grapplers that are not ultra heavyweights are your best options. At least for rolling on a regular basis. Every now and again, enjoy some giant slaying if you’re feeling like it.

The Issue Of Boundaries

There is one more aspect of rolling we need to consider here. The reality of Jiu-Jitsu rolls is that they’re messy affairs which bring two people in very close contact, not to mention all teh awkward and uncomfortable positions. You wouldn’t react to the North-South position in a sexual context with the same gender, so why would you act differently with the opposite sex? Just keep it simple and roll respectfully with everyone. 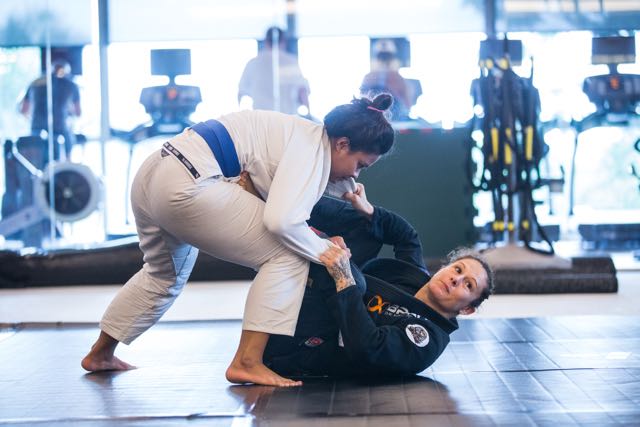 That said, contact between opposite sexes often results in attraction. When this is mutual, dating is often a result. While dating within a BJJ academy is a topic for another day, we need to address it here as well. If you’re about to ask someone out, make sure you do it outside the academy, and most importantly, off the mats. Jiu-Jitsu rolls are about learning and testing yourself, not about making moves on someone you’re flirting with. Again, this holds true for both genders.

Finally, the one man you have to turn two, for any gender-related issue is your instructor. Whether they’re male or female, they need to be the person that’s in control of any situation. Anything form friendly advice to the resolution of a potentially volatile situation.  And when an instructor is the one acting inappropriately, other school instructors and/or professors need to be brought into the situation.