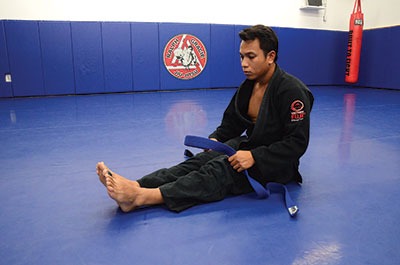 Brazilian Jiu-Jitsu training is an up-and-close experience. As humans, we are hardwired to keep most people outside of our close boundaries. You know that feeling when you’re about to burst with frustration in a crowded bus? Well, the reason for that is primal and lies in our need to keep people out of our comfort zone. Well, most people, at least. A far as Jiu-Jitsu is concerned, comfort zones and personal boundaries go straight out of the window. If you want to train Jiu-Jitsu you’ll have to accept the fact that you’ll have people lying on top of you, or holding you from the bottom in as near a proximity as possible. Furthermore, you’ll have people’s body parts slammed into you while your face is on the mats, all the while having to endure someone’s sweat. And then, there’s the Gi, soaked in the sweat of all the previous training partners of your training partner. Now imagine that the person you’re rolling with is also sick.

The main reason why mother nature has alarm bells ringing whenever someone gets to close to us is not just because of comfort. From an evolution standpoint, we need to keep our distance to prevent the spreading of diseases. Most diseases require human contact, or at least vicinity in order to successfully spread. The common cold is one of them, and we’ll be using it as our example today. However, beware that the common cold is the least of all evil when it comes to diseases. There are much more serious conditions that can find their way to other people when someone goes to train Jiu-Jitsu without a clean bill of health. Going against our basic natural instincts when we roll is enough, there’s no need to spice things up with microorganisms!

Staying at home when you’re sick comes normally to most people in most instances. However, rules go out the window when it comes to BJJ. The Gentle Art is so addictive that staying at home, even when you’re crushed and dead-tired from sickness is simply not an option. While people even fake illness to get out of work, they’d go train Jiu-Jitsu with Ebola if they could. I know that rolling is a lot of fun, but missing a week of BJJ is not going to make your skills go away. it is a question of good etiquette and common sense to stay at home and recover, for the good of everyone. If you go and train in Jiu-Jitsu while sick, you’re a risk to both yourself, your training partners, and, potentially, the whole academy.

When Are You Too Sick To Train Jiu-Jitsu?

So, how do you know when you’re too sick to train Jiu-Jitsu. Well, there’s one simple rule – if you’re not feeling fine, stay at home. However, this is not enough for die-hard grapplers, so let’s go a bit more into detail.

Normal people know that when they’re feeling tired, drained, have a runny nose, start sneezing or coughing and the like, they need to stay home. It is not difficult to recognize the symptoms of a cold. There are very few people in the world that have never had it. Put simply, if you have any symptoms of a cold, or any disease, for that matter, do not go to BJJ! And, since we’re stating the obvious here, go and see your physician! Yeah, it’s a cold and it will pass, but it may pass quicker if you consult a medical professional and get therapy. 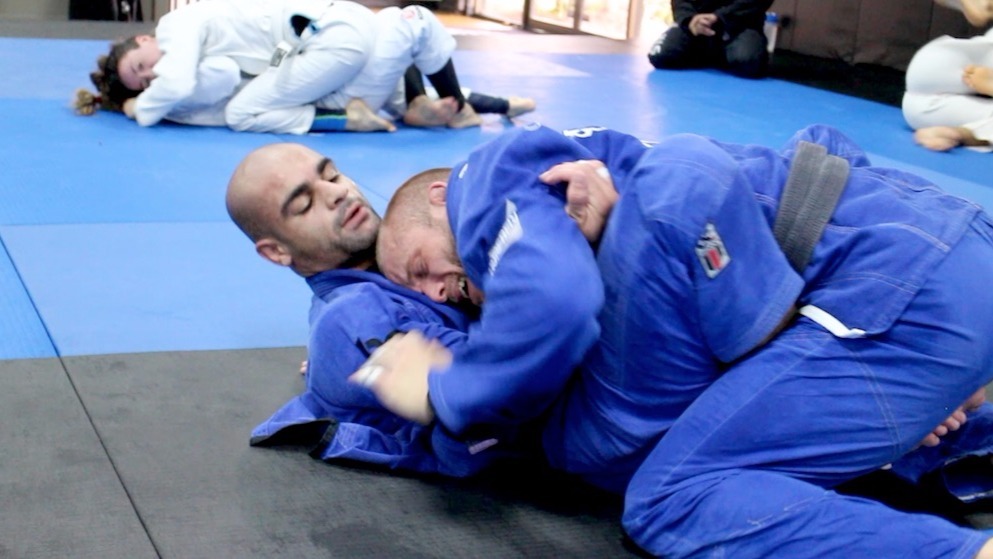 When our bodies are fighting off bugs, they need all the rest we can afford. All the symptoms you’re having, from a runny nose to elevated body temperature and overall muscle fatigue are not due to the disease itself. It is how your body reacts in order to deal with the intruder and re-establish balance. Getting your body through intense physical exertion is the last thing it needs when trying to get rid of a virus. Going to BJJ is going to make your body use resources to feed your muscles instead of helping your immune system in its battle. So, whenever you have any kind of symptoms that indicate a cold or a disease, you’re too sick to train Jiu-Jitsu. Even if you think you’re feeling fine.

The Risks Of Training Sick

Let’s go a bit deeper into what happens when you go train Jiu-Jitsu while sick. First and foremost, once you have symptoms, that means that the virus has reached your blood. Since blood is the body’s main transportation system it needs to be redirected to its vital organs. This facilitates the immune system’s battle with the diseases. Training with an illness means you’re making your body pump blood to the muscles in order to get you through practice.

You’re also making demands on your metabolism than it can’t fulfill because of the state your body is in. The result is, simply, even further exhaustion fo your immune system. This opens your body up to more infections, and getting a bacterial infection on top of a viral one is the usual way things go. Now, you’re going to be too sick to even get out of bed. Plus, you’ll need double the time and much stronger medicine to recover.

The trouble with sickness like the cold is that it is a caused by a viral agent that spreads easily. Depending on the strength of the viral agent and outside factors, it can affect some or most of the people in your academy. Due to the close contact between people during rolling transmission is very easy. And, since you’re going to roll with multiple people when your train Jiu-Jitsu, who, in turn, are going to roll with others, you’re effectively exposing the entire academy. The worst thing is, that once you get better, a person you originally infected might re-infect you. This creates a vicious circle. Now imagine that the disease is something worse than the cold. A good example is a skin condition. This may even lead to an academy closing its doors for a good while.

When Are You Ready to Train Jiu-Jitsu Again? 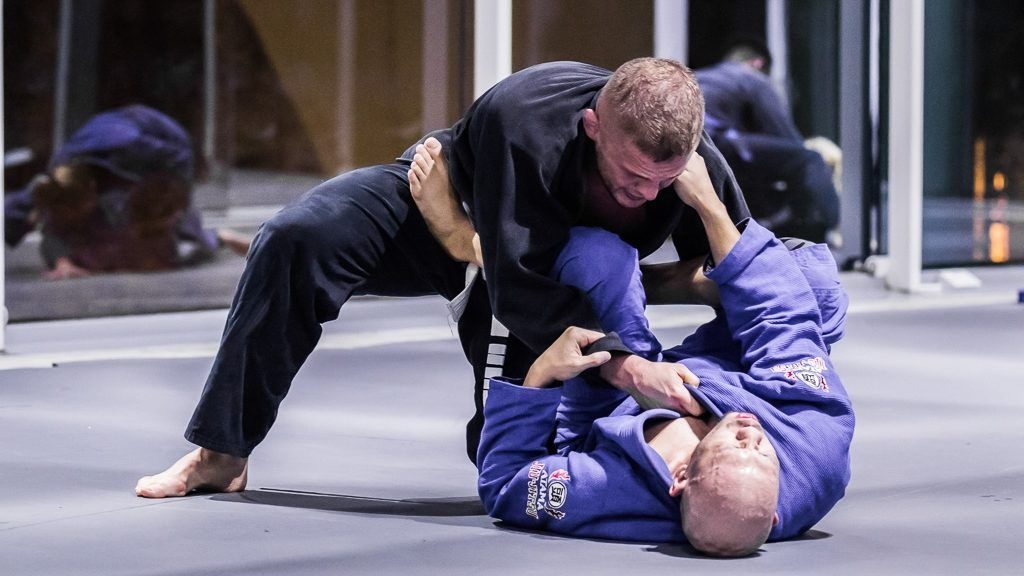 The best advice is to make sure you have absolutely no symptoms before you get back in training. But simply getting over the worst part of a cold doesn’t automatically make you ready for the mats again. When symptoms subside, your body is either rid or close to doing so, of the bug. However, just like after a match, your body is exhausted from the fight. It is going to need time to recover, during which the immune system is not up to par. Getting straight back to the gym straight away is going to stress your body further. This is going to pen you up to other diseases, or even worse, the same one.

Makes sure you do not return to action until you’re completely healthy. As a rule of thumb, give yourself a week after symptoms subside. Yes, it is a lot of time, but it is absolutely necessary. Otherwise, you’ll just end up sick again, and keep repeating the cycle throughout flu season. It is better to be stuck at home for two weeks than every other week for a few months. Do the math, and keep yourself and your partners safe. Just stay at home and catch up on the latest DVD’s out there.

Actually, while you’re all sick and miserable, check out Craig Jones‘ latest DVD instructional “The Triangle Machine”.It is a true work of art and is going to help you polish your triangle game while you’re on the sidelines. Plus, it has enough material to keep you engaged until you feel better!

The Secret To A Huge Gas tank For BJJ Rolling