In a recent interview with Jiu-Jitsu Mag, Vinny Magalhaes talked about Rickson’s 400-0 fight record. That controversial record is Self Proclaimed by Rickson and is something a lot of people in BJJ deny. Vinny went so far that he even compared it to Renato Laranja’s 27 times world BJJ champion titles. And we all know for sure did not have a single fight for the world title.

“Renato Laranja is a 27 times world champion. I was just 3 years old when he won his first world title. Even though I have just one world title as a black belt. I feel that it means much more than his 27 world titles, because people actually got to see my world title. He’s 27 times world champion but people didn’t see one single match. There’s no footage of that. I would say that its similar to Rickson Gracie’s claim of having 400 fights without one loss. It’s pretty close. Except the numbers are a little bit off. At least Renato doesn’t make up those triple digit numbers (laughs)”

Also, according to Wikipedia Rickson’s father Helio Gracie disputed Rickson’s claim to have had over 400 fights. According to Hélio, Rickson has only competed in fights that are commonly known and reported: the two against Rei Zulu and those that took place in Japan. Helio Gracie alleged that Rickson uses practice and amateur bouts to obtain a number over 400, and that if he counted his fights like Rickson does, he would have in excess of one million.

Kron Gracie on His Last Roll with His Dad Rickson Gracie 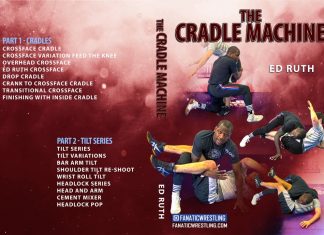 0
A few years ago I got stuck with passing the guard. The knee shield/ Z-guard, in particular, started giving me nightmares, as it became...