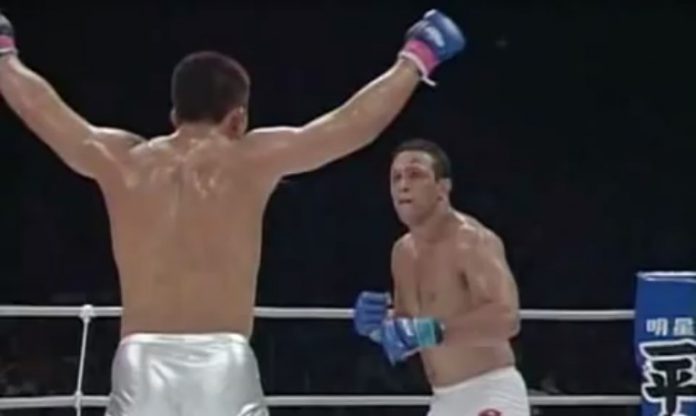 Even though Renzo Gracie is an idol to the most of BJJ practitioners looks like he misbehaved in his bouts.

In this situation Renzo was clearly frustrated by his opponent Shungo Oyama who used the very specific tactic to defeat Renzo. In all of his frustration Renzo spitted on his opponent in  the middle of a fight after a lot of failed take down attempts.

This happened in Pride 22 event and made Renzo’s fans very angry as no one did expect this from Renzo. This wasn’t the first time Renzo took part in some trouble as he had similar misbehaviors earlier in his career too.

This definitely isn’t something that BJJ practitioners are thought to do and definitely not something that Helio Gracie would want anyone in BJJ to do, but at the end of a day, Renzo is just a human being just like all of us and mistakes can happen