Rickson Gracie shows a very basic technique on how to open the closed guard and pass it with a stack pass.

This is a very basic guard pass and one that you will usually learn in the first month of your Jiu-Jitsu training. The one thing about this guard opening that people usually don’t get is how it actually works. Students usually think it’s all about the pressure of their elbow on their opponent’s thighs. And it’s not even close to that. Your Back is the part of your body that is opening your opponent’s crossed legs.

When you’re on the bottom and playing closed guard your hips should be as closest as possible to your opponent’s hips. That way you have better control of your opponent’s posture and balance. Also, you won’t allow them to create space by getting their leg on your butt while your back is on the mat.

That’s exactly what plays the role in this guard pass. When you’re on top you have to make pressure on their hips with your arms to manage space between hips.  You’ll try to pressure their hips as much as possible to the floor to make space so you can get your leg in. After that, you can open your other leg, put your hand on their thighs and “move back” with your back. It creates enough pressure on their feet to split. And then you just go for the stack pass.

Your posture is crucial in this guard opening because your opponent will do everything to get you down. Also, don’t dig your elbows into their thighs. Yes, it can hurt, it can hurt a lot and maybe you’ll open guard like that in your gym but not on the tournament. Because in the tournament no one will open their guard just because they hurt a bit.

It’s also very important to check out the video to understand the grips and positioning of your hands so the opponent can’t pull your arms and break your posture. With an arm that is keeping their hips down, you can grab their pants and even their belt. And with the other hand positioned on their leg grab their paints near the hip so you can also control their hip with another hand too while pushing their leg down a bit. And I said before,  let your back do the work of guard opening.

This Guard opening and pass from Rickson Gracie Is easily described in few steps.

1. Get Good Posture
2. Control your opponent’s hips and keep them down
3. Get your leg in and open up your other leg
4. Slightly push their leg while opening your opponent’s guard with your BACK
5. Go for the stack pass 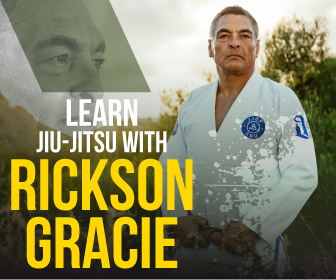 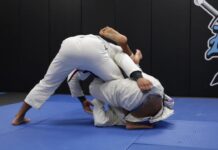 How To Pass The 50-50 The Guard: the Passing Formula 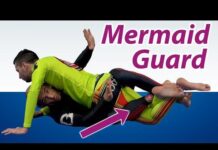 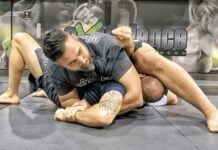 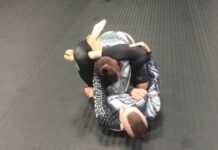 The Dead Orchard Armbar – How and Why is it Effective