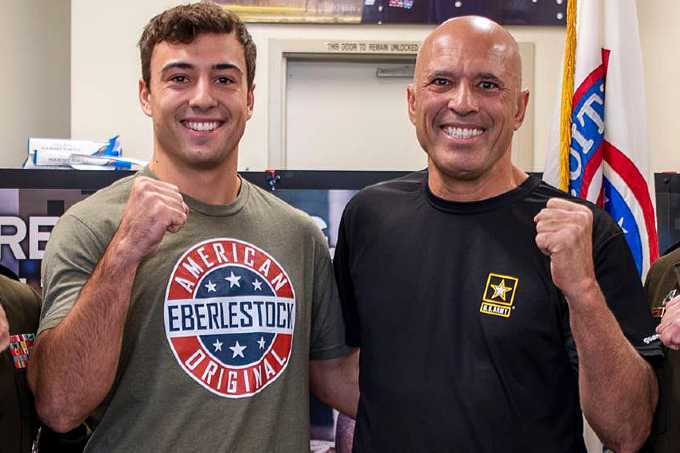 The son of legendary BJJ and MMA fighter Royce Gracie joined the United States Army in hopes to become a part of the 75th Ranger Regiment.

The 19-year-old Kheydon Gracie was sworn into the Army in front of his family, including Royce Gracie himself. And the UFC legend posted it on Instagram with the caption:

Kheydon Gracie enlisted to become an Army ranger so if everything goes well for the 19-year-old, he will then move on to the Ranger Assessment and Selection Program. An extremely demanding eight-week course that hems pass in order to call himself an Army Ranger.

Theydon left for basic training this past October and we will be very vigilant to his military career and if he is able to become an Army Ranger. Though if his family lineage is any indication we have no doubt he will pass with flying colors.

The Gracie family in general and Royce Gracie have been directly related to the armed forces for a long time. Royce has personally taught BJJ to the Army Rangers, Navy SEALS, and other law enforcement agencies. Last spring he also attended Black Rifle Coffee Company’s Veteran Adaptive Athlete Shoot, where he showed his archery skills.

Maybe a reason why Kheydon got the inspiration to want to be an Army Ranger in the first place was his father’s direct involvement in the military community.

This is a proud moment for the UFC legend and also for the entire Gracie family.

We will keep you up to date with what happens in Kheydon Gracie’s military career and Royce Gracie’s involvement in the military community. We extend our congratulations to Kheydon and to his entire family for this proud moment.