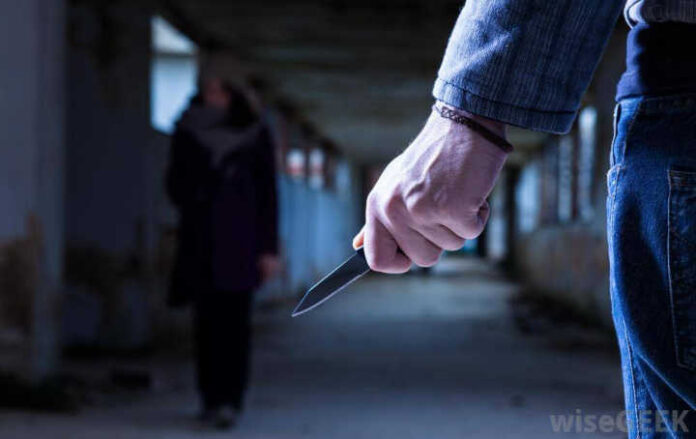 An interesting post appeared about the guy training BJJ who got mugged while walking with his wife through a small town in South America.

Check out what the mugged guy wrote:

“My wife and I are on vacation in South America and we were walking through a small town yesterday when a guy walked up to us with a knife and started saying “money, money, money…” I put my hands in front of me and calmly said “okay, okay” and just gave him what he asked for until he left. All told he got our watches, my phone (didn’t ask for hers for some reason…), and about 50 bucks cash, but we were completely unhurt and honestly not even that frazzled; we even started joking that this must be his first mugging because he seemed so nervous.”

“However, as we were walking away, my wife made a joke about how we “spend all that money on BJJ lessons…” and I told her that no one who does BJJ would suggest fighting a guy with a knife when you don’t absolutely have to.”

“Later in the day, I brought it up again, like “I know you were joking, but you do know that it would’ve been incredibly stupid for me to fight that guy, right?” She agreed, but still made some lighthearted jokes about how

“I know that BJJ stuff isn’t really for self-defense, it’s just for fun”

or “I know your muscles are just ornamental”.

I had to finally explain to her that look, as a man, particularly someone who trains a combat sport, even if it’s irrational, it is actually very hard to not feel like “I should have tried X” or “what if I had done Y” or “what does it say about me that I just let this happen?” She understood and assured me that she would have been really upset if I did actually fight the guy, and said that even if I had successfully done so, the lasting stress of that fight would have been worse than the inconvenience of losing some stuff that’s covered by traveler’s insurance anyway.”

“The thing is, I am having some trouble turning off those questions. Worse, I’m actually starting to doubt if just letting that happen was the right thing. I mean I didn’t really know that he would take our stuff and leave; he could’ve taken it and just stabbed us anyway.”

“Part of me thinks I should’ve tried to do something right at the beginning while it still might’ve surprised him and he wasn’t too close, like just kick him in the stomach (not even BJJ, I know) and told her to run.”

“Do any of you have any experience with this? Do you think I did the right thing?”

“Edit: thank you, everyone. This seems obvious but I just needed to hear it. Also just to defend my wife a bit: she 100% would not actually suggest I should’ve fought him; we just tend to rib each other a lot and she didn’t realize this would be a sore subject until I explained it to her.”

“Just want to clarify that 1) I do know that fighting the guy over possessions would be monumentally moronic. I was more so concerned about the fact that I let him get so close that he could just stab us even if we handed everything over. And 2) I promise guys my wife isn’t “toxic”. She genuinely did not think I would take that line of thinking seriously and dropped it as soon as I explained it to her. I give her a bit of leeway on the initial harsh jokes because of the extraordinary circumstances but she wouldn’t say shit to actually hurt me just for fun.”

If you read the text carefully you’ll notice his wife’s comments and his reactions, and if you’re training in Jiu-Jitsu you’ll “feel” how he feels about the situation. On one side, you may feel guilty you did something wrong by not defending yourself and your better half, but on the other, reasonable side, he did the right thing.

What do you think about this situation and what would you do?

Jiu-Jitsu Self Defense – Are You Training It Right?