In the BJJ World, the realm of open guards is probably now beyond anyone’s ability to comprehend. There are just too many open guards, to begin with, let alone exploring all the variations and combinations people come up with. Still, some open guards tend to withstand the test of time. Although the 50/50 guard is probably not considered to be one of them it has been around for more than a decade now, perhaps closer to two. The Modern 50/50 Guard Patri9ck Gaudio DVD is BJJ instructional that offers a fresh perspective on using this polarizing guard with the Gi.

Guards come and go in Jiu-Jitsu. The moment someone comes up with a pass that completely deconstructs the guard’s mechanics, you can expect that guard to fade out. Some open guard, though, not just survive such times, but flourish with the help of adjustments and variations. The 50/50 guard is one of those that has already been through several stages of evolution, before reaching its latest version. And who better to explain it, than an open guard expert like Gauido. The Modern 50/50 Guard Patrick Gauido DVD is a real must for any Gi competitor out there.

Who exactly is Patrick Gauido? Well, if you’ve been carefully watching the BJJ competition scene, you probably don’t need to ask that question. Gaudio is a GF Team representative and one of the highest level grapplers of today. Proficient both with the Gi and without it, Gaudio has been a black belt since 2014. That si fairly fresh, by BJJ standards, but not quite newbie status. Gaudio has some miles on his black belts and some huge wins along with them. 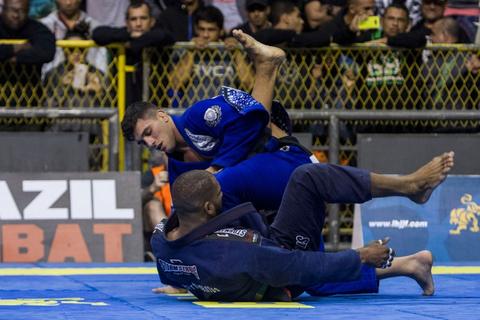 Gauido actually had his championship status determined right from birth. His father, who “happens” to be his main coach, is Fabiano Gaudio, one of the first coaches in Brazil who went about the way of helping poor kids train via one of the BJJ projects. Patrick started training at the Projeto Existe Uma Esperança at the age of 4, along with people like Davi Ramos and Fabiana Borges. He was a natural, quickly getting noticed, and eventually moving to the more competition-oriented GF Team when he relocated to Espirito Santo.

Patrick spent just 7 months at brown belt, winning the IBJJF and Abu Dhabi Pro world titles in the period. Along the way, he has beaten names like Erberth Santos, Felipe Andrew, Tim Spriggs, Keenan Cornelius, and others. His strongest suit is his open guard, giving even more credit to The Modern 50/50 Guard Patrick Gaudio DVD.

As it happens, the 50/50 guard came about by accident, when Sauolo Ribeiro entangled into it during a match with Roleata in 1997. It was only named and developed as a guard position later, when the Mendes brothers somehow came across the position. They used it to establish a lapel and Gi heavy game, that opened up routes to their favorite inverting attacks. They used the guard to sweep or play the advantages game and really made the position stand out, albeit notoriously.

Later on, the 50/50 got into the second phase of its evolution when leg locks burst onto the scene. While Ryan hall was one to always swear by the 50/50 guard’s usefulness in leg locks, it was Cavaca and his students that brought it to the Gi BJJ circuit in terms of leg locks.

Later on, Keenan managed to figure out armbars from the 50/50 guard, as well as an intricate system of lapels to take the guard into a new direction.  Now it is time for a brand new approach at the 50/50, once again from a Gi BJJ perspective with The Modern 50/50 Guard Patrick Gaudio DVD.

What can you expect from this Patrick Gaudio DVD? Well, for one it is a Gi only DVD, which means you can bet there’s a lot of grip combinations and tactical information regarding the 50/50 guard. There are three volumes to this set and each focuses on different aspects of what Gaudio calls The Modern 50/50 Guard. The first volume covers passing and Berimbolos from the 50/50. Sweeps start to appear halfway through the second volume and completely dominate the third. That means that Gaudio did a comprehensive study of the potion, offering both top and bottom solutions form the guard.

A short introduction, and then straight to business. Passing 50/50 is a tricky business, given that you’ll most likely be starting off your butt, which is not a usual passing position. that’s why Gaudio offers the technical stand up as a great way of establishing a solid passing base. Options to pass include spinning,  passing with the lapel, and going into leg drags.

A very cool aspect of The Modern 50/50 Guard Patrick Gaudio DVD is that he covers passing directly to the back. he is also not shy at introducing the Berimbolo when you’re the top person in the 50/50, which is quite innovative. 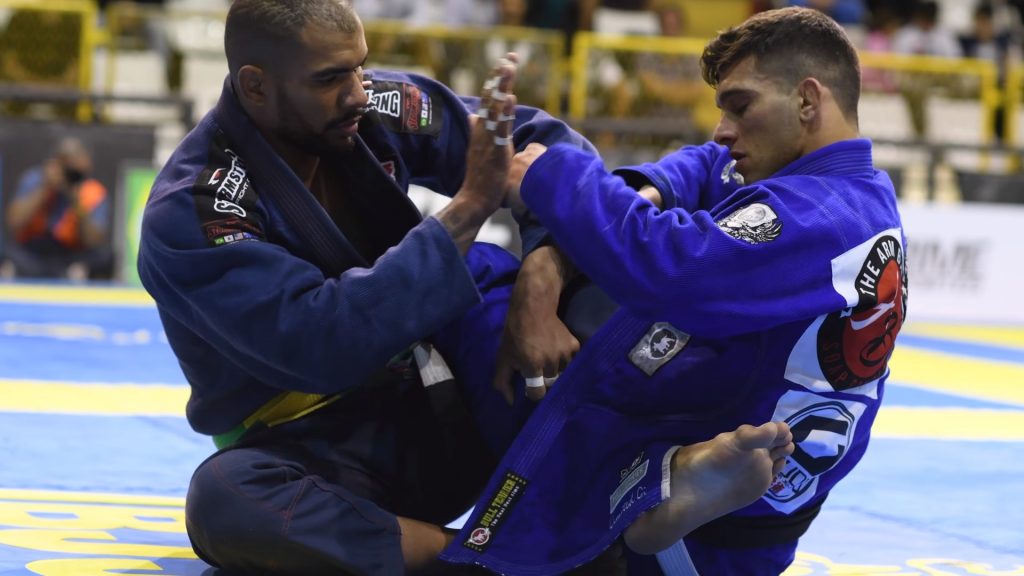 The second portion of the instructional covers yet more passes, at least in the first few chapters. More attention to building your base, and a rally cool pass Patrick dubbs “the switchblade pass” stand out here.

Somewhere around the halfway point of this volume, Gaudio transitions into sweeps from the 50/50 guard. A scissor sweep variation opens up the account, followed by the scorpion sweep and back take which are really interesting options. There’s also a chapter here on sweeping with the lapels, for those that just love to grip that way.

The final part of The Modern 50/50 Guard Patrick Gaudio DVD continues with several more sweeping options. The one leg sweep is the centerpiece, coming in a few different variations. Keep an eye out for the Rand And Roll one leg sweep variation.

Finally, completely balancing the modern aspect of the guard, Gaudio demonstrates several leg locking options. They include toe holds, Estima locks, and ankle locks. It is also worth mentioning that Patrick shares leg lock setups from both top and bottom 50/50. Wrapping up this BJJ DVD is a chapter on setting up and finishing the armbar from the 50/50 guard.

The Modern 50/50 Guard is not a DVD for everyone. It is aimed at those that want to develop overall prowess with one of the best competitive moves in BJJ, as well as knowing how to deal with it when they face it on the mats. It is a true competitors’  blueprint of the modern 50/50, aimed at Gi grapplers and containing nothing but legal and approved techniques. This Patrick Gaudio DVD really does bring every aspect of the 50/50 guard together. 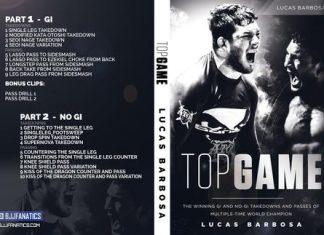