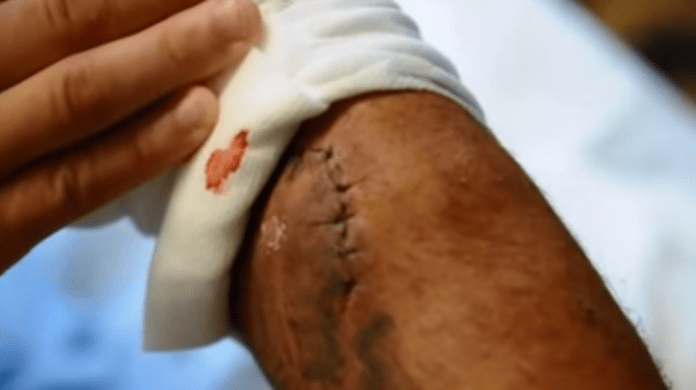 When it comes to skin infections and Brazilian Jiu-Jitsu, often articles start with the disclaimer “I’m not a doctor.” Well I am a doctor, and the subject for today is BJJ staph infections, so focus on what I’m about to write, as it may help spare you a lot of pus and trouble. Disguised? Good. A staph infection is not a fun thing to deal with, and despite the fact that it won’t cause anything serious (unless left untreated), it should not be taken lightly. Luckily, in most cases, staph is easily treatable, but it is also easily transmissible so prevention is way more important than treatment.

Gyms, especially martial arts gyms are usually hubs for different microorganisms that cause skin infections. Whether it is fungi, bacteria, or the odd virus, you can expect them to lurk in the dark corners in and around the mats of most gyms. The higher the frequency of people in a day, the higher the risk is of that gym becoming a breeding ground for unwanted germs. Grappling martial arts, like BJJ, wrestling, Sambo, etc have an even greater potential given the close contact and the amounts of moisture in the air during a usual training session. Out of all the possibilities, a BJJ staph infection might be the most common one, but still, it is something requiring immediate medical attention.

Staph is how people usually refer to a bacterial infection, caused by members of the Staphylococcus species. In terms of the bacteria that cause most of the “gym staph” cases, it is Staphylococcus aureus that causes the infection although you might run directly into the much nastier version of MRSA or have a “regular” staph infection turn into MRSA as a result of erroneous treatment. 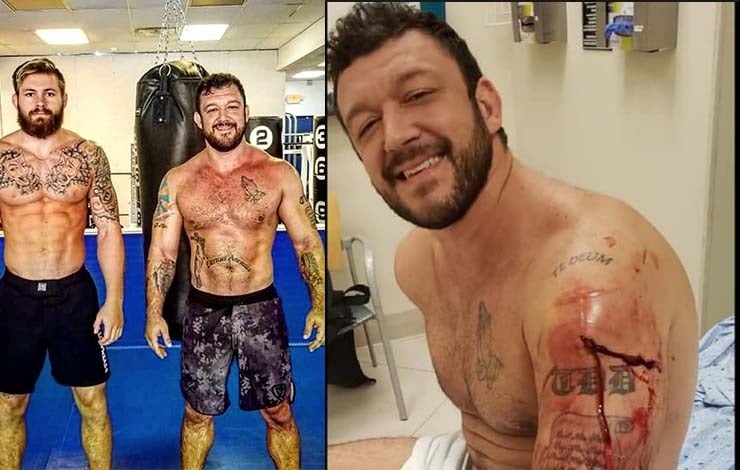 Since it is a skin infection, the bacteria usually targets the layers of the skin, but it can go deeper as well. If it does, it runs into fasciitis and that’s when things get serious because it reaches the muscles, and might even get to the bones. The bacteria is common among people, with up to 25% of people carrying it around with no symptoms or ill-effects. It is opportunistic in that sense, only developing an infection when circumstances are right.

Symptoms of a BJJ staph infection vary a lot, but some are quite specific, especially if you don’t react immediately. Usually, one of the first things you’ll notice is a rash that might, or might not be itchy. The rash usually then develops into a pimple-like structure and is easily confused with acne. It may turn into a sore as well if the pimple bursts on its own. There’s usually accompanying redness and inflammation around it and it won’t respond to acne medication. Another usual location for the development of staph is around cuts on the skin. A fever might also be one of the early symptoms and is definitely one of the later stages manifestations.

There are plenty of ways to treat a BJJ staph infection, but the key is actually going to a medical professional that you get the diagnosis. Looking for over the counter creams and trying to self-medicate it can help slightly, make no impact at all, or cause the bacteria to become resistant and turn into an MRSA/VRSA version which can end up being life-threatening.

One thing that a doctor will surely prescribe is antibiotics. Depending on the location, severity, symptoms, and some tests, that include blood and urine samples, those might just be topical antibiotics. However, it is more likely that you’ll end up with a course of oral antibiotics that you have to abide by completely. One way to make a staph infection chronic and or worse is cutting antibiotics a few days in, without running the course. It is simple – just listen to what your doctor says.

In certain cases where abscesses have formed (pus-filled “chambers”), there might be a need for surgical intervention and you might end up with a drain placed in the infection spot until everything subsides.

One thing nobody likes to see happen is MRSA, which stands for Мethicillin-Resistant Staphylococcus Aureus. It doesn’t matter what that means medically, if something is resistant it is a bad thing. This “hardcore” version of staph does not respond to most usual antibiotics and can prove to be really troublesome to cure. There are plenty of factors that influence the emergence of MRSA, but not acting early and not being responsible with treatment certainly do count. A lot.

Prevention is nothing you haven’t heard before. It all comes down to personal hygiene, clean gear, gym hygiene protocols, and keeping an eye out when you roll. What this final thing means is that you shouldn’t train with people that have a weird pimple, or an insect bite. In fact, you shouldn’t even feel sorry or uncomfortable for declining them – it is your health that’s on the line, after all, even if it is just a pimple. 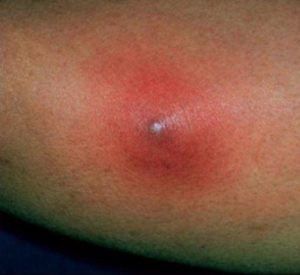 To begin with, make sure your body is clean before training. If you can. It would be great to shower before coming to train BJJ. The same holds true for gear – a fresh Gi, clean rashguard and a washed belt for every class is a must. Also, get in the habit of bringing a towel, but keep it to yourself and don’t share it with training partners. Finally, use an antibacterial/antifungal soap when you wash yourself, especially after training.

Academy hygiene is also huge, with regular disinfection at the end of the day mandatory to deal with fungi like Ringworm and bacteria like Staph. Having people aware of what a BJJ staph infection is, and not allowing anyone to train with symptoms is also very important. In fact, people should have enough information on staph to talk to an instructor/ gym owner if they suspect it, and stay away from the gym until it clears up. Immunity boosting supplements, like vitamins and the likes can also be helpful in fighting off potential staph infections.

Just like there’s no acting like a tough guy with chokes, there’s no acting tough with a BJJ staph infection. If you suspect you have one, go to a doctor, and do so immediately! The infection can become potentially limb or even life-threatening, and it is unwise to let it get that far when treatments are readily available, particularly in the early stages. Stay clean, pick a clean gym for yourself, and don’t ignore anything on your skin that’s out of the ordinary.

Jiu-Jitsu Is For Everyone – Sounds Great, But Is It True?