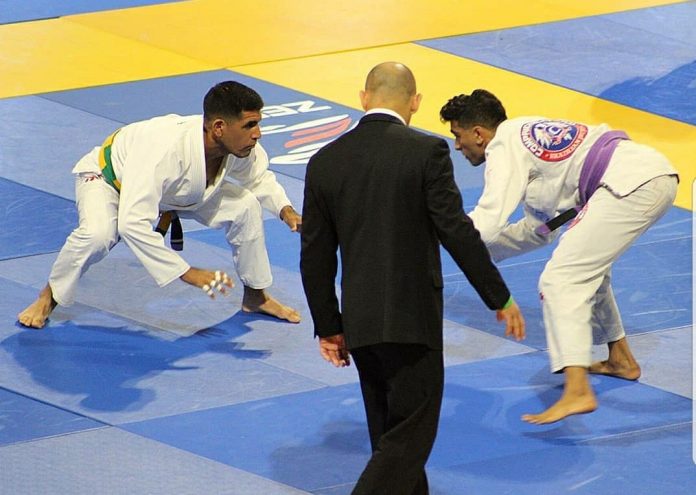 Why do we compete in BJJ? This is a question that will yield many different answers, from the most philosophical to the most practical. However, the bottom line is, every time we go out to a tournament, what we’re aiming for is to win. We want to win every match in the most dominant fashion possible. All the other stuff, learning, experience, fun, etc comes after. Winning is the point of competition and it is ok to admit it. However, we won’t always win, which is another universal truth. However, win or lose, one thing is for certain: afterward, someone will ask the most polarizing BJJ question “How Did It Go?”

Winning is awesome! That crazy feeling of having your arm raised after a match at a tournament is priceless. Especially if you went about it the hard way, and submitted every one of your opponents. BUT what happens when you inevitably lose? Do you know how to cope with the fact that you’ve lost? If there’s a huge lesson in Brazilian Jiu-Jitsu, for those that compete, it is learning how to deal with the fact that you lost, and that you’ll inevitably lose again in the future. For those that can’t really cope with this fact, the BJJ question “How did it go” strikes a very painful nerve.

Contents hide
The Most Polarizing BJJ Question
“How Did It Go?”
The Questions We Need To Ask Ourselves First
Closing Thoughts

The Most Polarizing BJJ Question

It is tournament day. It is what you’ve worked towards for months now. So many sessions on the mats, endless rolls, lifting weight, running, stretching, all the pain of the weight cut led to this moment in time. To be honest, all that preparation just piles more pressure on how you perform, which is already all you can think about thanks to competition anxiety and nerves. And all of that comes to one common denominator – the uncertainty of whether you’ll win or lose. 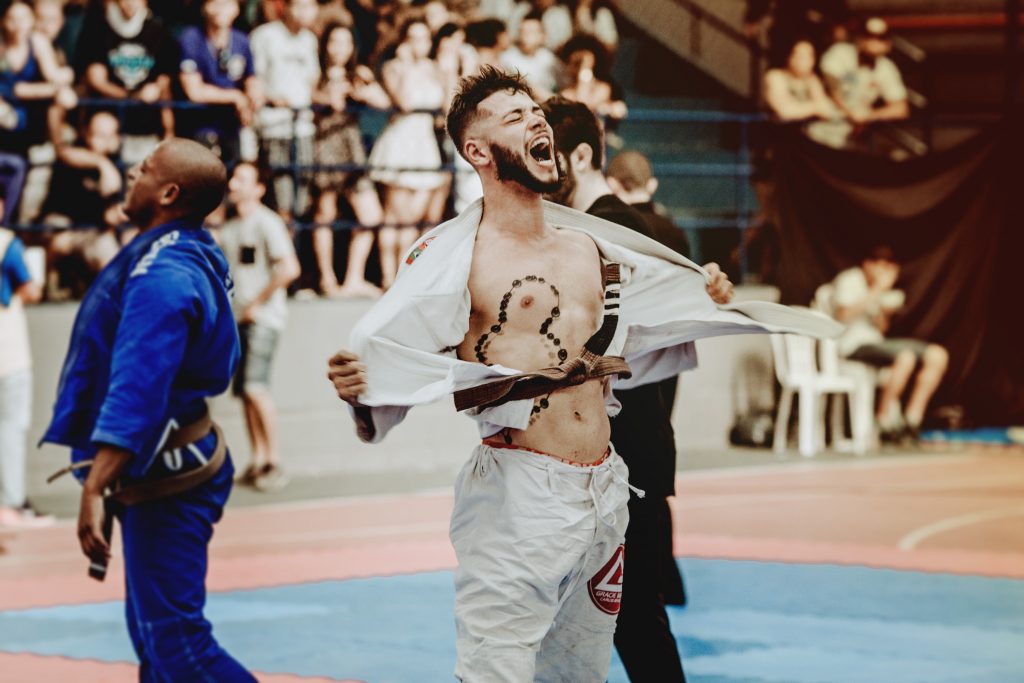 Chael Sonnen once said on the Ultimate Fighter that in competitions you do the same thing you do in training every day. It is the circumstances and the environment that change, and not your objectives. Then why do we fear the outcome of a match so much? In fact, nerves usually afferent our performance much more than anything else, including how good our opponent is.  You don’t feel the same way when you go for a roll in the gym, so why does a tournament make us feel like this? Is it the potential medals that we win? Is it the “glory” that comes with winning or the “shame” that accompanies losing?

It’s nothing of the above. All of them factor in, but what really puts pressure on us whether we admit it or not, is facing everyone afterward, and answering the BJJ question we all love to hate: “How did it go?” It can be the question we most anticipate or the one we like to get out of the way as fast as possible, having already prepared a list of reasons why things didn’t go our way. The thing is, acting in fear of this question not only hinders performance but to undermines the enjoyment of training a competitive combat sport in the first place.

Just as it is absolutely certain that you’ll have at least one match in a BJJ tournament (bar begin an only competitor in a division), you can bet your life that at least one person will ask you “How did it go?” when you get back from the tournament. And, as you have probably already experienced, the answer to this BJJ question differs a lot, depending on what happened in your tournament. 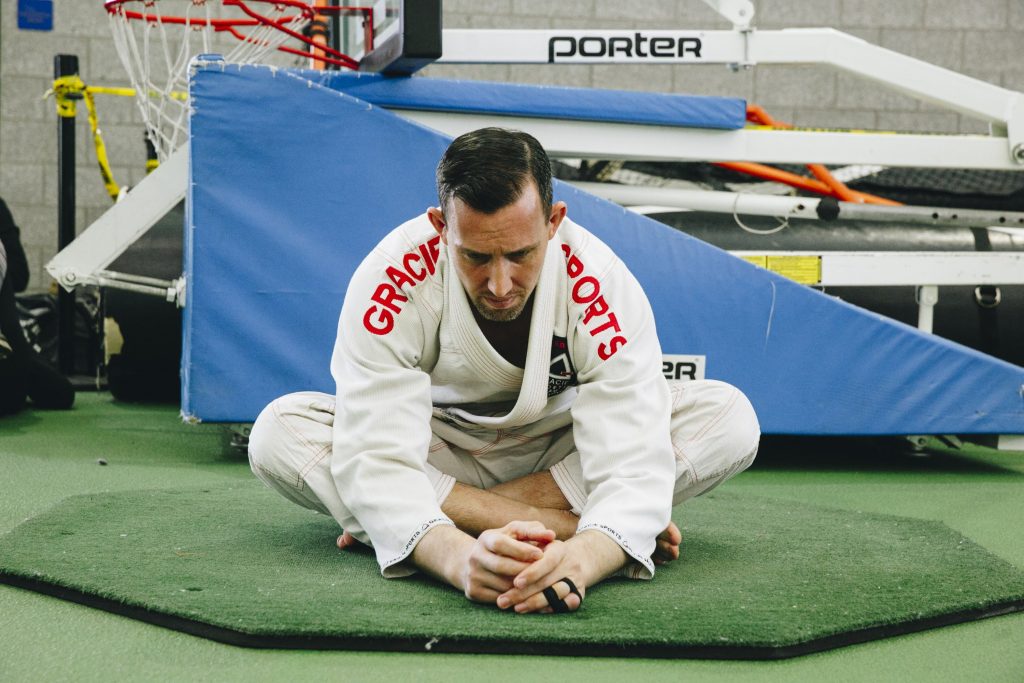 One end of the spectrum is the happy proclamation of “I destroyed them all”, when you managed to win your division, or perhaps even the absolute as well. On the other end of the spectrum is the immense list of excuses that you turn to when you lose your first match, always ending in the conclusion that “in BJJ, you either win or you learn.” In the middle, there are unlimited combinations of both, which we usually use when we win a few matches, but miss out on the gold, or any medal for that matter. That’s when we start blaming referees, weight cuts, luck, corners, and everyone else…but for us.

How come we don’t give credit to all of the above (referees, weight cuts, etc.) when we win? That’s because we’re not being honest to ourselves, to begin with. You go out and you win – awesome. You go out and lose immediately – also awesome. And for God’s sake, please stop saying that in BJJ we either win or we learn. As long as people claim that, we’ll always fear the BJJ question of “How did you do?”. Instead, accept that you’ll lose, and be real about why and how you lost. Suddenly that “dreaded” question becomes unimportant and hence, won’t trouble you from the back of your mind the next time you go out to compete. Plus, you’ll be able to satisfy everyone’s curiosity without the urge to shout “why the f&#k do you care?” back at them.

The Questions We Need To Ask Ourselves First

If you want to minimize, or completely eliminate the influence the BJJ question “How did it go?” has on you, then you need to start asking questions of your own. To do so, you have to figure out what actually matters in BJJ, and find a way to focus on that, rather than on the nerve-racking stuff you can never control, like whether you win or not. Of course, you’ll try to, that is the point of stepping on the mats in the first place. However, you don’t have to only ask yourself whether you’ll win or not.

Instead, focus on why you’ve come to compete in the first place. If competing isn’t fun, then maybe you shouldn’t be doing it. After all, people usually love rolling so much because it is fun. Another thing to ask yourself is “am I taking things too seriously?” Usually, the answer to this one is yes, and you should re-adjust your expectation accordingly. Thinking about other stuff like the fact that you’ve made the trip there, that you’re about to give your favorite move a try live, or that you’re going to eat that huge meal afterward are also great ways of not having your brain worry about how you’ll explain your performance to people back home. 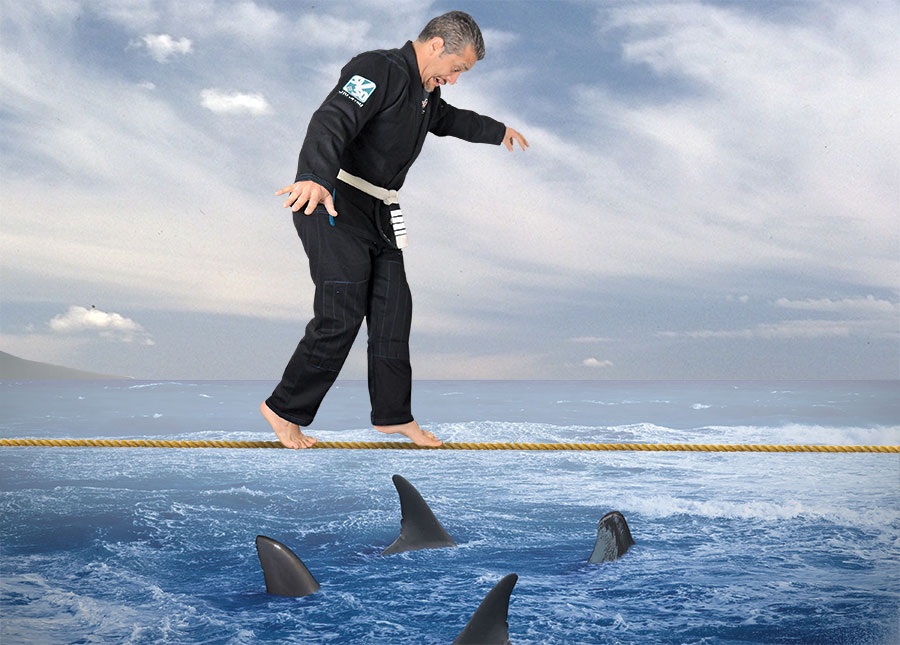 The bottom line is, you shouldn’t explain anything to anyone, just say it as it is. When you start feeling the same in answering the polarizing BJJ question “How did it go?” regardless of whether you won or lost, that’s when you’ll be able to step on the mats focusing on what matters the most – performing effectively, with a clear focus in mind to what’s happening at the moment, not what will happen miles away in a few days time.

There’s no need to fear anything in a tournament, except perhaps an injury. Everything else, like winning, losing, not performing to your expectations, or someone else’s expectations are completely and utterly unimportant. Especially when you get rid of the unnecessary pressure piled on by that pesky BJJ question you know is waiting for you back home: “How did you do?”