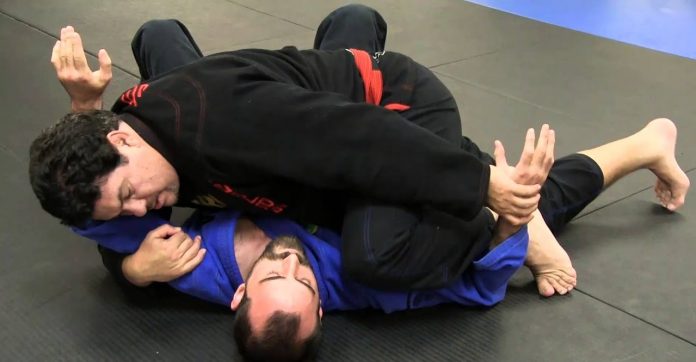 Certain positions in Brazilian Jiu-Jitsu are simply too cruel… But only if you get caught in them. If you’re the one attacking, though, these are the spots to chase. One such position is a fusion of sorts, of two different BJJ positions that are quite powerful on their own as well. The crucifix is one of the nastiest spots to be in, or get out of. Side control is another tough spot you end up in, top or bottom, in pretty much every roll. When you combine the two, though, you get the most powerful side control variation that helps you to both pin and submit anyone with ease. And there are quite a few side control crucifix attacks to choose from.

I’m quite biased towards the side control crucifix. As with many others, I discovered it years ago, when my coach decided to play with it and chose me as the victim. I still to this day will do anything in my power to not let anyone establish it on me. However, I do enjoy torturing people with side control crucifix attacks. The position is very easy to get to from just about any side control variation. Once you’ve got it all set up, it is smooth sailing and a submission buffet. Moreover, you can have even more fun by trying to us the position to actually get the crucifix from the back, if that is your forte.

What exactly is the side control crucifix? The name says it all, really. In simple terms, you can consider yourself to be in the side control crucifix anytime you pin both your opponent’s arms from top side control. Usually, this means using your hands to get one arm, and your legs to pin the other. As simple as it sounds it does have a lot of finesse to it, given that side control is a dynamic position and you need to be able to adjust your pin in order to maintain it.

Setting up the position can be done from most side control variations. From a crossface position, the goal is to look and isolate the far side arm first. In many situations, this will be easy as opponents usually try and keep this arm near your neck in order to execute escapes. All you need to do is literally hug the arm, looking to place it on the shoulder that’s further from the opponent’s head. It will work if you hug it on the other side as well, but you won’t have as many attacking options. Only when you have control over the far arm should you go hunting for the other arm.

Getting the second arm is easier. You already have great control over the opponent’s far side arm and shoulder, and with proper weight distribution, you can control their posture as well. Personally, I like to switch between Twister side control and Kesa Gatame to trap the nearside arm, but you can also go directly.

The goal is to get the shin of your leg over the opponent’s near side arm. But you can’t just place the shin anywhere. You want control over the arm and shoulder, which means you need to control the upper arm first and foremost. However, this does allow for some mobility form the elbow down, and possibly, annoying grips on your Gi jacket skirt or belt. A more secure option would be using the leg that’s near the opponent’s head to trap the forearm, and the other leg to trap the upper arm. A windshield wiper motion is all you need to get both and end up in perfect side control crucifix. 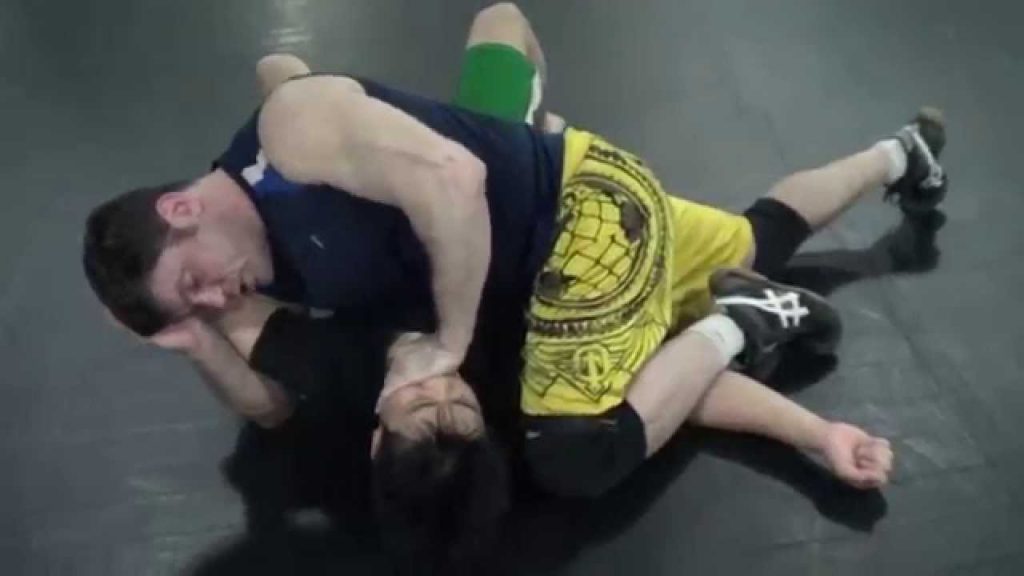 The side control crucifix is not a position people like to go for often, which really amazes me. In MMA it is a go-to spot for anyone in side control. When striking is involved, you get to be on top, with an opponent that has no arms to defend, and you have ample place to strike significantly. Not to mention all the submission side control crucifix attacks that are also available.

Speaking of side control crucifix submissions, given the positional mechanics, you have two main categories – chokes and armlocks. At least when it comes to the submission that works directly. However, in those two categories, you have more submissions at your disposal than you ‘ll ever need. Moreover, the position works just as well with and without the Gi. When there’s a Gi involved, the choking options, and some aspects of control just get better, though.

The reason why the side control crucifix is so powerful is that it utilizes a fundamental grappling principle – pin the shoulders. With the crucifix, you’re basically taking both arms, from shoulder to palm, out of the equation. Moreover, there’s no way for an opponent to move, regardless of the fact their hips are free since they can’t really move their head or their spine.

The simplest thing to do from the side control crucifix has to be the paper cutter choke. Since you have both the opponent’s arms trapped, and you have a free arm yourself, all you need to do is grab the far side lapel with a thumb-in grip and look to place your elbow to the mats, while your forearm presses across the opponent’s neck. For most people, this won’t work though. Instead of giving up on the paper cutter choke, just change the angle – once you can’t go down anymore, start flaring your elbow out, towards the top of the opponent’s head. That’ll get you a tap for sure!

Another option, which is a lot tighter and I prefer is using your own lapel. Get the lapel on the side that’s near the opponent’s head loose. The goal is to thread it under their head. Once you have the end peaking out the other side, place the arm ion a paper cutter choke position (forearm across the neck) and secure it by gripping the lapel end. Now you have a loop around the neck of the opponent to choke with. Grabbing the lapel at the collar level with your other hand only makes things tighter and more brutal.

The Kimura is actually the best arm locking submission you could go for from the side control crucifix. For starters, you can easily get the opponent to turn slightly to the side so that you create space for twisting the arm back. To achieve it, all you need to do is step up with the leg that’s near the head. From the “basic” side control crucifix position we discussed before, this automatically turns the opponent at the perfect tangle. Since the arm is already trapped, all you need to do is get the figure four grip.

Once in, there’s no way for the opponent to defend. They can’t lie down to their back because you control the angle. They also can’t use the other arm to grip because it is pinned on the mats. All they could do is try to grab their own belt, which won’t help – you can lead the belt to the back and still finish the Kimura.

For me, this is the most interesting loop choke version that I’ve come across so far. It is another lapel choke, or better said, collar choke, this time with the opponent’s own lapel. The setup is extremely easy. Form the side control crucifix, use the free arm to get four fingers inside the collar that is near you. Once you have the grip, the aim is to get your elbow to touch the mats, on the other side of the opponent’s head. It may feel awkward at first, but you’ll soon get the hang of it.

The best part is that you don’t have to get their head in the loop to finish this loop choke. Instead, you just grip the collar on the opposite side with your other arm and pull the elbow towards yourself. You’ll be amazed at how many taps you get with this unassuming choke.

Probably the simplest submission from the side control crucifix position. In fact, this one makes establishing the position easier, and it even opens up all the grips you need for the other submissions. Whenever you’re windshield wiper-ing your legs into position to pin the arm, all you need to do is reach back with your free arm and bend the wrist towards the ground. The trick is, you need at least one leg to pin the upper arm in order to get the required leverage. Easy, sneaky, and very painful!

Just when you thought it was all over, there’s more! You don’t just have to stay n the side control crucifix position and hunt for submissions. There are variations that make the position even more uncomfortable and open up different attacks, like neck cranks, or even a rear triangle.

One thing that is perfect to do in No-Gi is to combine the back crucifix with the side control one. In fact, anytime you’re having trouble trapping the near side arm with your legs, you always have an option do go to a different crucifix variation. For example, you could use the palm of the crossface arm to get a deep armpit grip on the far side. That will get you all the control you need to force the opponent to turn, even though you can’t get to their near side arm. Throw a leg over the far side arm and you’re in the nastiest side control crucifix imaginable. You’ve got direct arm locks, neck cranks, or a neat rear triangle.

For the triangle simply let the top arm go so that you can grab your own shin with your arm. The opponent will place the arm in a triangle themselves, after having it kept in the crucifix position. From there, just sit back and go for all the rear triangle attacks that you know.

Painful Jiu-Jitsu is always more fun than playful Jiu-Jitsu. At least according to me. The side control crucifix position is tiring both physically and mentally for the person caught in it. Moreover, all the submissions are high percentage and come with a good dose of pain to make them even more fun.