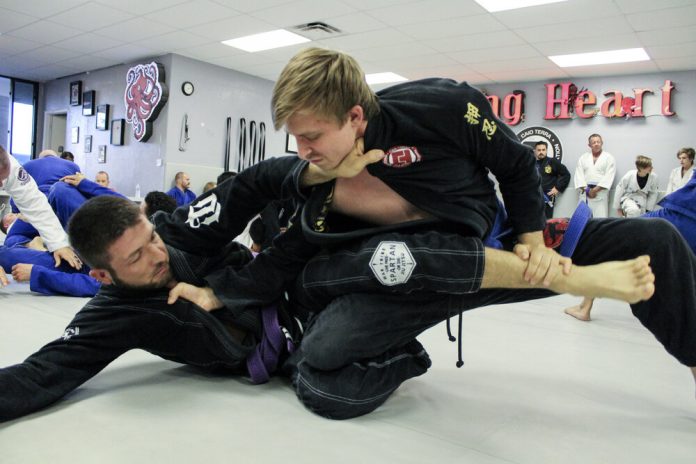 What are the most important skills to have in BJJ? As far as I’m concerned, when we’re on the ground, it is all about being on top. Guard play is ok, but only as a means of submitting someone, or getting back up on top. That and leg locks in all shapes and varieties. On the feet, it is all about takedowns. Guard pulling can be ok in certain situations only, given that the top game is the preferred spot to be in. That said, A BJJ skill we often heavily underestimate and tend to undertrain is the actual manner in which we go from the ground up. Standing up to your feet is huge for both sports and self-defense. Here’s why:

The “natural” course of a BJJ match goes something like this: You start off on your feet, find a way to engage with an opponent, and take them down. Form three, you proceed to pass the legs, go through top positions, and control until a match is over or you get a tap. That’s the perfect scenario. Another version is pulling guard, or being on the receiving end of a takedown. Then, the focus shifts to submitting or sweeping and doing everything I just mentioned. However, in reality, BJJ matches, and most certainly, real-life fights don’t always go that way. Do you possess the BJJ skill to stand back up from the ground when the need arises?

It Is Not All About Ground Fighting

Most fights end up on the ground. That is the most often used quote in grappling martial arts, and to some extent, MMA. People also quote statistics, which is a can of worms I’m not opening right now. Let’s just say that getting hit and knocked out does not constitute a fight anymore, despite you being on the ground. It’s a KO. That said, even if it is true that most fights turn to grappling matches, what happens with those that don’t? How do you know which kind of fight you’re in? 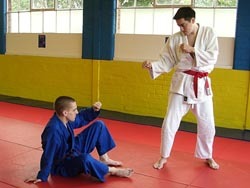 Granted, I’m overgeneralizing things, but that’s intentional. In grappling martial arts, and particularly Brazilian Jiu-Jitsu we spend most of our time grappling on the ground. That is perfect, and it is extremely fun. We also do spend a considerable amount of time trying to find ways of getting a fight or a match to the ground. And in this case, I do consider guard pulling to be a form of takedown as well, as you’re technically getting the fight to the ground – hence, a takedown. Also great. However, why don’t we focus at all on going in the opposite direction and standing back up?

Standing back up is a BJJ skill most people lack. I’m not just talking about being able to perform a technical standup here. When we are in guard, we often see two avenues o action – submit the opponent or sweep them to get on top. And yet, there’s also a third option – get back up to the feet. How often do you use that option? Not at all? Why?

Forget all the mumbo jumbo self-defense you think you know. In a street fight, you won’t be able to perform a fraction of what you learn as self-defense. What you’ll be able to execute are the things you’re body is used to doing under stress without thinking. IN the case of Brazilian Jiu-Jitsu, that would be ground fighting. If you train right, you might even be able to be the one that takes the fight to the ground. However, that’s not always the scenario you want. The first rule of self-defense is that if you fight, you’ll get hit, scratched, eye-poked, etc. There’s no getting out without consequences.

In fact, the most essential self-defense BJJ skill that also happens to be the only skill that will get you out of an altercation uncharted is sprinting. Turn around, set your shoes on fire, and run away. You were in a fight that you got out of (defend yourself) without any physical consequences. However, things rarely work out so well.

In a real-life scenario, you might end up being pushed, shoved tripped, or even knocked down to the ground. If you pull guard, you might get away with it. But if the person is far from you, and you have no grips or any sort of attachments, you’re far from your comfort zone of grappling. Now you have to either lie down and try to avoid kicks or get back to your feet, Wait, what? There’s a great use for that pesky BJJ skill we’re all avoiding most of the time – getting back to your feet.

Imagine if you could go back up as well as you can take someone down and choke them out. Now, you can call yourself a complete fighter, regardless if you use your standing-up skill to run away, or finish your adversary for good.

Standing Up in Sports BJJ 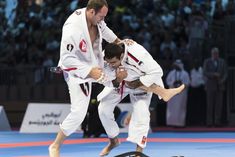 In case you think there’s not much use of the BJJ skill of standing back up in sports BJJ, you’re very wrong. As discussed before, it is one of the three main things you can do when you’re in any guard. The guard can be a good neutral position if you set everything right. However, you’re never in a dominant position when you’re on the bottom, apart from wrapping someone up in a submission. In fact, if you think about sweeps more closely, they’re nothing more than ways of getting up while taking your opponent to the ground. You just don’t stand all the way up.

And there’s the place for standing all the way up as well. Let’s talk a bit about the defensive side of things. Something that’s been a real eye-opener for me comes courtesy of Priit Mihkelson’s defensive philosophies. How do you defend the turtle position? Rolling out often means you give up top position anyhow. Trying out other stuff most often exposes your back or direct submission. But have you ever tried just standing up? I literally mean simply standing up from the turtle position? You’ll be amazed at how easy it is, and how many times it’ll lead to getting top position simply because your opponent is confused as to what is happening.

In fact, you can use this BJJ skill to get out of many bottom positions that you don’t want to be in.  In the case of MMA, this is a huge advantage, as you can get back up after any takedown or scramble, and be able to play your game. During a grappling match or a roll, it means you get control back, and restart cleanly, with the ability to dominate everything, from the distance and initial exchanges to where the match takes place and even who is on top.

Standing out with your grappling skills means you need more than just the “garden-variety” Jiu-Jitsu skills everyone acquires. Yeah, spinning and jumping stuff are fun, but what happens when they go wrong? Having the essential BJJ skill of getting back to your feet in a safe way whenever you want is the perfect t backup strategy for everything you attempt to do in a roll or match. Why not have an ace up your sleeve, just in case? Plus, it can come in handy if you’re ever in one of those street fights that “always” end up on the ground.