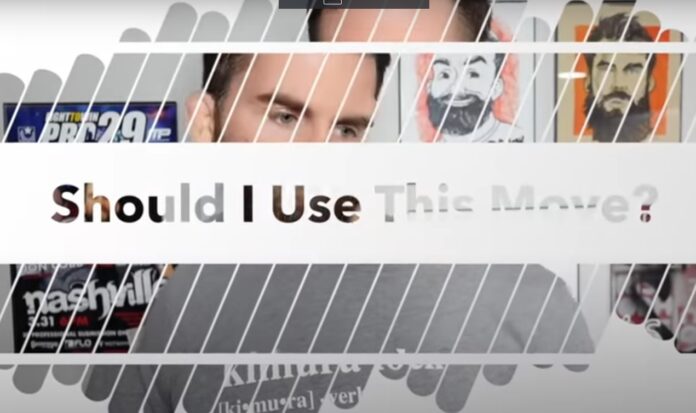 You often hear terms like high percentage moves and low percentage moves in Brazilian JIu-Jitsu. However, in reality, ti is quite difficult to figure out how effective an armbar, leg lock, pass, sweep or choke in BJJ really is. Apart from statistics done on some of the most common submissions, all other data is anecdotal at best and does not apply to everyone in the sport.

Very often, we assign labels such as low and high percentages to different moves in Jiu-Jitsu. This is not necessarily a bad thing, as long as we remain aware of two things:

First, this might be a very subjective way of looking at things, and what is a low or high percentage move for one grappler is not necessarily the same for another.

Second, over time our understanding of techniques changes, and what were previously low percentage moves, might end up being among the highest percentage techniques during a different period.

Usually, the reason behind pronouncing a move as a low or high percentage has to do with how well they work against trained or untrained people. However, that is an antiquated way of looking at things.

The guillotine choke in BJJ is a great example of this.

The Guillotine: Low Or High Percentage Choke In BJJ?

At one point in time, many people saw the guillotine choke as a low-percentage finish for BJJ. I the best-case scenarios, it would only work against untrained people, wrestlers, and in MMA.

To a point, this was correct, as some of those examples of guillotine we saw work in PRIDE were dreadful at best.

That does not mean the guillotine is a low-percentage choke in BJJ. The fault is not in the guillotine itself, but rather the execution of it by grapplers, guided by their coaches who have no real understanding of the choke’s mechanics.

Once people like Marcelo Garcia, Joe Stevenson, and Josh Hinger, to name a few, started tinkering with it, the guillotine suddenly became a very powerful high-percentage choke in BJJ, Nowadays, it is a staple move that was once seen as something you can only have sporadic success with.

It was not that different with leg locks, an entire category of submissions that were deemed a loss of time, with only the potential for an injury. We all know how that turned out after Dean Lsitear and John Danaherhad their say.

The percentage of success of a certain move increases with the understanding of the move’s mechanics. As you clean up your execution and adjust the move to be in line with major BJJ principles and your own game the percentages will go up.

We often see so-called “low percentage” moves work flawlessly at high levels and vice versa. It all comes down to the execution and how well a move fits into your game, rather than statistical data from other people’s performances.

Just look at the buggy choke in BJJ if you need more convincing.

In BJJ, it is smart to withhold from drawing lines in the sand when it comes to certain moves. Even if you think they are a low percentage for you at one time, it may not always remain like that. As long as you don’t break the fundamental rules that are the reason certain moves work, you’ll be able to pull off next to everything in BJJ, despite how low percentage it may look at first glance.