One thing to consider with low percentage  grappling moves is that they are unexpected. In an art where deception is the key to success, using moves that people are not used to is a huge advantage. Certainly, they might not work, but then again, you face the same risk with higher percentage ones as well. That said, there’ another tradeoff – people have no idea how to defend lower percentage moves as much as they do higher ones. 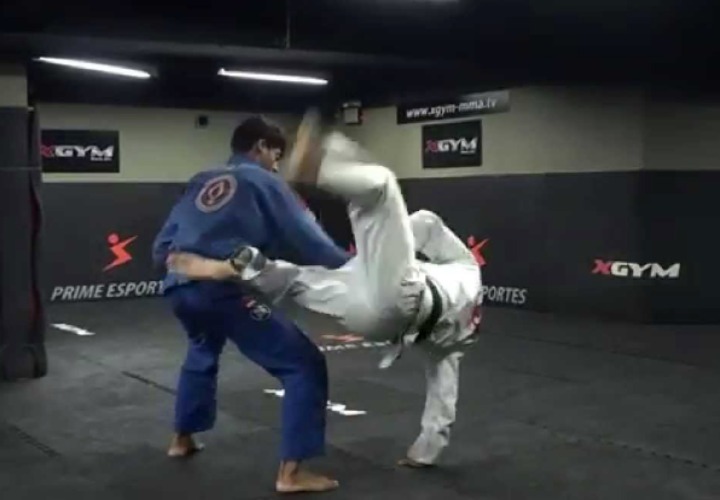 Before we go on, let’ stake a look at what high and low percentage grappling moves are. The highest percentage BJJ submission is the armbar. It is so widespread, and so reliable that if you’re training BJJ, even just for a week, you’ve either been caught in one or learned a variation of one. Another one of those moves that are high percentage is the rear-naked choke, and heel hooks come in as the highest percentage representative of leg locks.

On the other end of the spectrum, you have “flash” submissions that are usually considered low percentage moves. Short chokes, the leg scissor choke, certain variations of leg locks, muscle slicers, the buggy choke, and the likes find their way on this list. Even the Twister, as key as it is to the 10th Planet System, is statistically, a low percentage submission. These are usually grappling moves that don’t include an overly complex positioning, if any at all, and work fast and in a painful manner. Think of them as catch-wrestling-like submissions.

In fact, positioning is what draws the line between low and high percentage moves, at least in the realm of submissions. Remember when leg locks were considered low percentage moves? Well, without the Ashi Garami system of control and hierarchy, they were, given that the idea was to catch them quickly and painfully, which wasn’t the epitome of efficiency. BJJ is notorious for overly complex positional

Looking Towards The Low Percentage Stuff

When you’re trying to incorporate low percentage grappling moves into your game you need to be aware of several facts. For one, there’s a reason these moves are lower percentage – they’ll surprise folks from time to time, but pulling them off on a higher belt is not going to be easy. At least not if you’re going about it in a straightforward fashion.

The idea is to increase the percentage of low percentage moves so that you can rely upon them more. In that sense, you have to think about things multidimensional. You can’t just hope the move will work straight off the bat, every time you try it. Instead, think about what you can accomplish with the move, apart from the designated outcome. For example, if you’re’ doing a submission, what would be something you gain access to as the opponent defends it? Given the nature of lower percentage moves opponents will defend them, meaning you need to use their action to gain an upper hand, whether it is positional or with another submission, perhaps even a higher percentage one.

Increasing the percentages is also an option if you try to introduce the positional play to grappling moves that usually work as one-offs.  Just look at what Danaher did to leg locks, by organizing them into the Ashi Garami system. The same can be done with most, if not all, other submissions and moves, leaving you with a very big area of things to use n BJJ. The best part is, people will have no idea what hit them.

What are some of the lower percentage moves you can turn to? Well, to be honest, there are many, but I know several that have actually worked for me throughout the years. Certainly, they’ll require adjustments to fit the modern game, and your individual game, but they’re certainly great options. Moreover, they’ll help catch people by surprise, creating way more openings for your “usual” grappling game.

This chest compression is what Josh Barnett used to tap out Dean Lister with in Metamoris. Since then, we’ve rarely seen it in competing, if at all. The submission works when you are in a scarf hold position (Kesa Gatame) and you hug the opponent’s head with both arms gripping behind the head. The goal is to pull the head, as you project the bottom leg forward, putting immense pressure on the chest. The tap comes as a result of a chest compression that does not allow the lungs to fill with air.

I wouldn’t necessarily call muscle slicers low percentage grappling moves, but the fact that some work less than others. Going for a calf slicer from the truck is definitely a high percentage option. However, hunting FOR a calf slicer with your arms (from an X guard, for example) or going for the Vaporizer, are not particularly high percentage options but they do earn taps and lots of them! The same can be said about some variations of biceps slicers, and or forearm slicers. 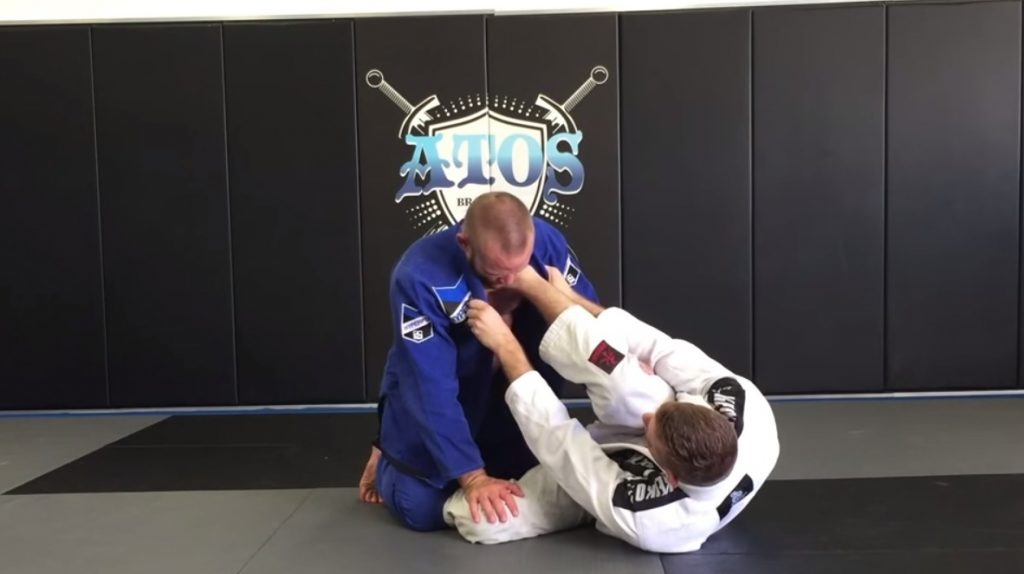 The foot choke, popularized by Keenan Cornelius is a nasty way of finishing someone when you have the full guard or an open guard. The mechanics are simple – place the outer edge of the side of your feet on the opponent’s throat. Using both arms, hold both sides of the Gi collar, and extend your leg into their throat, as you pull with both arms. It is a nasty choke that’s not among the best grappling moves in BJJ, but it will help you finish, or at the very least, earn the top position.

Choking someone from the bottom of the mount might not be the first thing on your mind when you find yourself mounted. That is understandable, In fact, there aren’t that many options, You could go for a clinch form bottom mount, Priit Mihkelson style, but that does not give you a submission. Instead, you could opt for an Ezekiel choke, Gi, or NO-Gi. Aleksei Oleinik, a UFC fighter, has pulled it off inside the octagon several times with deadly accuracy, so I guess it is not as low percentage or as impossible as most people think.

Chicken wings are basically wrestling submissions that work similarly to Kimuras. They’re the stuff you see cops “pull off” in moves, bending an arm behind the back and applying pressure to the shoulder. As such, these grappling moves might be a lower percentage in terms of taps, and that’s true. However, in terms of control, especially keeping someone in side control and preventing them from going to turtle, they’re irreplaceable and have a huge role to play in modern BJJ.

The Suloev stretch is actually a move I’ve discussed here some time ago. It is basically a hamstring stretch that looks like you’re doing a kneebar while being on someone’s back. It is not at all easy to get, which is exactly why it is considered to be a low percentage and not many people try it. However, it does work, and if you can set it up, which, with enough training shouldn’t be a challenge, you’ll be able to submit plenty of people, regardless of belt level.

Low percentage grappling moves are still effective moves to use in Jiu-Jitsu. Sure, you can, and actually should go about modifying them, but that’s not the only way they’ll work. Apart from achieving their intended goal, they might also open up a lot of other opportunities for you, without you having to exert yourself and spend effort breaking through an opponent’s defenses. There are plenty of creative ways to use low percentage moves, so they should definitely be a part of your grappling toolbox.

Forbidden And Dangerous Moves: A Look At The Slam In BJJ

Cheap And Dirty Ways To Win A Brazilian Jiu-Jitsu Match