If there was ever a bad time to be injured in Jiu-Jitsu, it has to be nowadays. There are just so many tournaments out there, for both professional and amateur grapplers! Some are awesome to take part in, while others we can just watch. Or imitate, if we decide to take the rulesets and do our own tournaments. Whatever the case, w have tournaments popping left and right, some making sense and others that are, err, on the crazier side. Now, we have a brand new format in a long line of team-based grappling tournaments inspired by Quintet Grappling Championship. Only a week ago, the Kinektic Submission Grappling Tournament had it’s very first, breakthrough edition. Believe me, when I say, it did not disappoint, with both the format and the roster of grappling names.

In the modern-day and age, it seems that becoming a professional grappler is not such a far-fetched concept anymore. Granted, BJJ might not be an Olympic sport (yet), but it does have a huge competition scene. And, if some of the biggest names of today are anything to judge by, it pays handsomely. While not everyone that trains Jiu-Jitsu can become a pro grappler, it certainly is good to know that this is an option out there. Particularly as there are now huge leaps and bound in the evolution of grappling tournaments. Kinektic Submission Grappling Tournament is just the latest example in a long line of new-breed style tournaments. However, it stakes a claim as one of the best right from the get-go!

The Kinektic Submission Grappling Tournament is the brainchild of grappler extraordinaire a UFC veteran Uriah Faber. Probably inspired by the likes of Quintet and Subversive, or even Submission Underground’s tag team antics, Faber came up[ with the concept along with Keith Veltre and Sean Wheelock. For the sake of clarity, Veltre is a las vegas entrepreneur and boxing promoter, while Wheelock is a world-famous announcer. That’s a real dream team right there, particularly when you throw in UFC star Paige Van Zant, who had the duties of a color commentator alongside Faber. 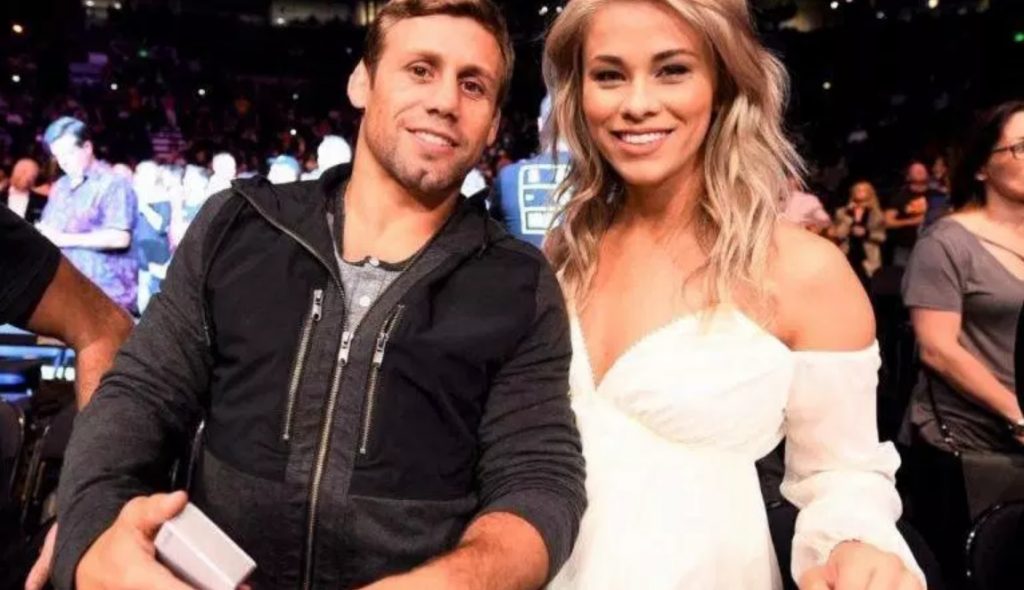 The format of the tournament is yet another 5 vs. 5, team-based concept. However, it introduces several original features which, as we saw from the first vent, do guarantee lots of entertainment! Generally, there are four teams in the tournament, each consisting of five grapplers. However, Kinektic pulled out all stops and brought nothing but the greatest names in grappling for each of the teams in the first event. As in Quintet, the winning grappler stays on the mats, and there are grapplers of different weight classes in each team. Furthermore, even if a team loses three in arrow, the remaining two grapplers get to fight for pride points that can count at the end. Unlike Quintet, though, there are no stand-ups here after just a short while on the ground.

The idea behind the Kinektic Submission Grappling Tournament is to bring unity to the grappling world, as Faber himself stated. The goal is for the tournament to become the crème of the crop of grappling tournaments. Everyone, from the competitors to the announcers and promoters high-caliber only, in order to guarantee great entertainment. Moreover, Kinektic streams live and exclusive on UFC Fight Pass. That means it has the largest combat sports streaming platform available at its disposal.

All the Action As It Happened

So far, the inaugural event featured four high-profile team,s one of which really stood out even from the beginning. The first Kinektic Submission Grappling Tournament took place in California, at the Anaheim Business Expo Center on August 16, 2019. The teams that took place were Team BJJ Fanatics, team Lionheart, Team SUG and Team Lights Out. Still, it could only go one way, really, when you see who was on each team. Team Lionheart had the likes of Brain Sparrow, Joseph Warren, Scott Morton, James Brasco, and Enrico Cocco, with Anthony Smith as the team captain. Team SUG, lead by Chael Sonnen included Gabriel Checo, Rafael Domingos, Jorge Rodrigues, Ronny Markes, and Guilherme Vasconcelos. Rico Rodriguez, Joe Riggs, Mansher Khera, Will Weed were in Chris Lytle’s Lights Out Team.

Team, BJJ fanatics, which ended up taking all the accolades was the most impressive of the bunch. It featured captain Gordon Ryan, as well as Nicky Rodriguez, Craig Jones, Edwin Najmi and Lachlan Giles. Certainly, not a team you want to piss off. In fact, Team BJJ Fanatics was so dominant, that two of the team members, Najmi and Craig Jones never even got to grapple at all. 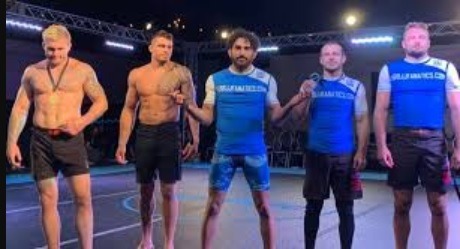 In an extremely impressive fashion, Australian grappler Lachlan Giles single-handedly took out Team Lights Out in the first round. Team SUG then edged out Team Lionheart to reach the final. BJJ Fanatics were waiting, and delivered a swift win, with Nick Rodriguez winning one and drawing one before Gordon Ryan dispatched of the remaining three SUG team members.

A superlight between LFA’s Raufeon Stots and UFC veteran Anthony Birchak rounded of the experience, albeit in a draw.

The Kinektic Submission Grappling Tournament was certainly a success. It provided us with an improved Quintet format and lots of exciting matchups. Also, Faber’s take on inviting only “heavy-hitters” from the grappling world certainly paid off. That said, even then teams endured lots of mix up prior to the event. For example, Ryan stepped in for Jake shields just days before the tournament.

With an avenue like the Anaheim Business Expo Center and a live stream on UFC Fight Pass, Kinektic Submission Grappling Tournament was always going to be a hit. Even the weigh-ins the day before were entertaining, with Ryan showing up in his cape and crown again. Moreover, the tournament went without snags, probably because of all the experience of the bot the competitors and organizers. While this is, for now at least, a tournament reserved for the best of the best it certainly bring s a lot to the grappling scene. Plus, with the likes of Faber and VanZant as part of the team, they have strong ties with the UFC which can only be good for the tournament.

With a fun ruleset, perfect organization and flawless streaming, this is certainly one tournament we’ll keep an eye on. Throw in Quintet, Subversive, SUG, EBI/CJJ, and Kasai and suddenly, there’s a lot of high-level BJJ to go around! Finally!

In a world of submission only tournaments popping everywhere, Kinektic Submission Grappling Tournament is a real leap. The sole fact that it is run by true professionals and features legends makes it special, Not to mention having a dream first edition, mainly due to the BJJ Fanatics team. Still, we hope to see a lot more form it, preferably sooner rather than later.