Contents hide
1 One of the simplest chokes in Jiu-Jitsu is also one of the most potent attacks you can do without any risk whatsoever! Not many moves in BJJ have these characteristics, so it’s baffling why the Ezekiel choke doesn’t get more credit.
2 What Is The Ezekiel Choke?
3 How The Choke Works
4 Attacking From Different Positions
5 No – Gi Ezekiel Choke
6 Related Articles:

One of the simplest chokes in Jiu-Jitsu is also one of the most potent attacks you can do without any risk whatsoever! Not many moves in BJJ have these characteristics, so it’s baffling why the Ezekiel choke doesn’t get more credit.

Gi chokes are a mighty weapon that Brazilian Jiu-Jitsu has taken to a different level. Other Gi based grappling martial arts like Judo and Sambo to tend to use them but not at the level that BJJ does. It is not just about the bow and arrow choke from the back. Gi chokes can be instigated from virtually every BJJ position, and they work exceptionally well. Especially when you hit them from a dominant position and in the simplest way possible. There are plenty of Gi chokes that fit this description but there’s one that is particularly effective. As such it is so simple that it works most of the time once you get the hang of it. The reason is that many people often underestimate this choke, then turning it into a  brutally effective weapon. That said, how much attention do You pay to the Ezekiel choke?

The Ezekiel choke is not an original BJJ product, to be completely honest. The Sode Guruma Jime is a common submission in Judo as well.  The basic idea is to use the sleeve of your own Gi as leverage to choke an opponent. The choke became highly popular in Brazilian Jiu-Jitsu during the 1990’s. Back then, it was an innovative move that was safe to apply from the top. Namely,  it is one of the few chores that a grappler could safely attempt from inside the closed guard. Today, attacking from within the BJJ full guard is not advisable, but the choke is still a strong threat from other top positions. The Ezekiel choke has many variations, all of them very common in highest level competition.

What Is The Ezekiel Choke?

The name of this choke once again demonstrates the strong historical connection Judo and BJJ have. A Brazilian Olympian Judoka decided to tighten up his groundwork (Nnewaza) ahead of the Seoul Olympics in 1988. In order to do so, Ezequiel Paraguassú started cross training at the Carlson Gracie Academy. Paraguassú was so good with the choke that he destroyed everyone during rolling. This resulted in the choke being named according to him. The true origins of the choke are unclear and may go well before the creation of Judo. However, as far as grapplers are concerned it is a Judo choke that was perfected at a BJJ academy.

Setting up the Ezekiel choke takes time, as does g\finsihing it. It is one of those “slow chokes” that take time to set in. As such it not a great fit for Judo competition, where you only get a limited time to work once on the ground. In BJJ however, it is the perfect topside choke, especially from the mount and top half guard.

Since it’s initial success in Jiu-Jitsu the Ezekiel choke has evolved. The arm in Ezekiel is the most popular variation of the choke, still very effective in modern day BJJ. That said,  Ezekiel choke is not exclusively done with the help of the Gi. There is a really effective  No-Gi variation as well, that uses the wrists for leverage.

How The Choke Works

The Ezekiel choke combines the use of a sleeve and the wrist. The mechanics behind the choke are in the scissoring-like motion that blocks the opponent’s trachea. In certain situations, the Ezekiel choke can also be utilized as a blood choke.

A great way to really understand how it works is setting it up from the top half guard. Imagine that you are in a position with one arm underhooking your partners head. The other arm is going to have an underhook on his opposite side arm. Pretty much the best spot to be in for controlling the top of the half guard. First, you’ll need to use your underhook that’s under the opponent’s arm to control the biceps. To do so, slides the hand down and on top of opponent’s bicep, pressing against the mat.  The next step is to open up the neck so that you can set the Ezekiel to choke up. Driving the top of your shoulder into their chin is one certain way to really open up the neck. Once the neck is exposed, you’ll need to thread the arm that’s on the biceps on top of the opponent’s neck.

Once you have your arm on their neck, you’ll need to use the arm under the head for leverage. To do so, you need to put four of your fingers (thumb excluded) deep inside the sleeve of the choking arm. Remember to grip really really deep.

There are two finishing arm configurations. One is with a fist that drives into the opponent’s throat. the second is with a “knife hand” open palm that puts pressure on the trachea with the blade of your palm. To apply more pressure, push the arms away from your body.

When mount attacks are in question, the Ezekiel Choke is an excellent weapon to add to your arsenal. It’s a very simple choke that doesn’t require having great strength or sacrificing position. It also works well as a counter when your opponent gets double underhooks. For the more advanced grapplers, it is a great weapon to open up other attacks, like armbars or Americanas.

A great aspect of the Ezekiel choke is the opportunity to adjust at will. You can always switch back and forth or simply start another attack. One option involves transitioning into the gift wrap position, and/or taking the back. No matter how you set it up, the fundamental rules are holding the opponent’s head off the mat and staying as tight as possible.

From the closed guard, you can also use the Ezekiel choke to really surprise your opponents. First, you have to break their posture by bringing them down with your thighs. A cross collar choke is the starting point. While looking to finish the choke, thrust one elbow upwards above their neck. Wrap the other hand around the back of their neck and grab the inside of our sleeve.  Apply pressure downward with your forearm to finish the choke.

For all the No-Gi die hards there’s a very useful variation of the Ezekiel choke. Granted, it doesn’t have the high percentage finishing rate of its Gi counterpart but it is effective nonetheless. For the No-Gi Ezekiel choke all the focus is on the wrists. That said, unless you have flexible wrists expect some discomfort while you get the hang of it.

For the No-Gi Ezekiel choke, it is important to go as deep as possible with your choking hand and utilize the had to help you finish. The bottom arm (under the head) needs to be really deep too so that you can grab your wrist with your own arm. From there, the pressure principles remain the same. In No-Gi I suggest sticking to the first configuration because it has a better chance of finishing. Your head acts as an extra limb here, by limiting the movement of their head and closing down space on the opposite side of the choking arm. This is going to ensure a finish if you’re patient enough, Just count to 10 and in most isnstances, you’ll get the tap or a nap. 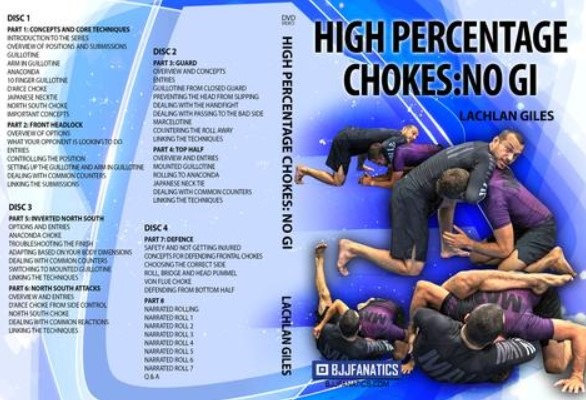 The Best DVDs for Submission Hunters
Ezekiel Choke Defense With a Wrist Lock as a Counter
LOOP CHOKE – Surprise Your Opponents From Everywhere
Turning A Choke Into A Neck Crank – Legit Or Cheap?
Tips and Tricks to develop World Class Chokes 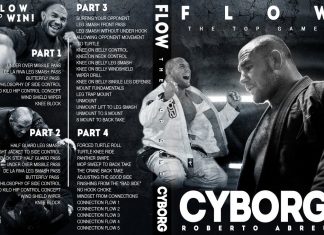 0
Ah, those blue belt days. If there is one thing that marks my blue belt period, it is the tornado guard. Somehow, I came...