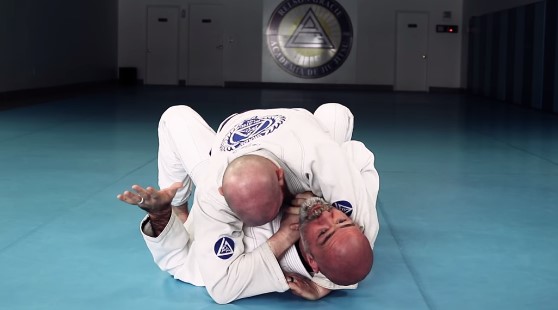 Ezekiel Chokes are sweet ways of finishing people in BJJ. The choke is not just available in different variations but also works in both Gi and No-Gi, despite its reputation as a Gi-only choke. Speaking of variations, you can get an Ezekiel Choke from pretty much anywhere – guard, mount, half guard, side control, and even the back. However, there’s one thing that we need to settle once and for all – can you do an Ezekiel Choke from guard when you’re the one inside the closed guard? This is a question that has been bugging the BJJ world for a while now, so let’s take a look at the evidence to try and find an answer.

The Ezekiel Choke is a choke most people run into at a certain point in time. If you haven’t done it, you’ve certainly tapped to it more than once. Nowadays, it is a staple choke of BJJ, but that wasn’t walkways the case. In fact, the Ezekiel Choke was not a part of the Original BJJ curriculum, but emerged somewhat later, as a result of a weird series of events. The most intriguing question, though is whether you can do an Ezekiel Choke from the guard? In this instance “from guard” means when you’re in someone’s closed guard, rather than you being the person on the bottom.

BJJ Fairytales: Choking Someone Form Inside The Closed Guard

Back in my early days, we had a joke in our club. At least I thought it was a joke as it never materialized, but who knows. My coach used to say that whoever attempted a choke from inside someone’s guard will be thrown out of that class. Moreover, he said that whoever tapped to a choke from a person they’re holding in closed guard, will be banned from the club forever. Neither happened, so I have this down as a joke, given the alternative. 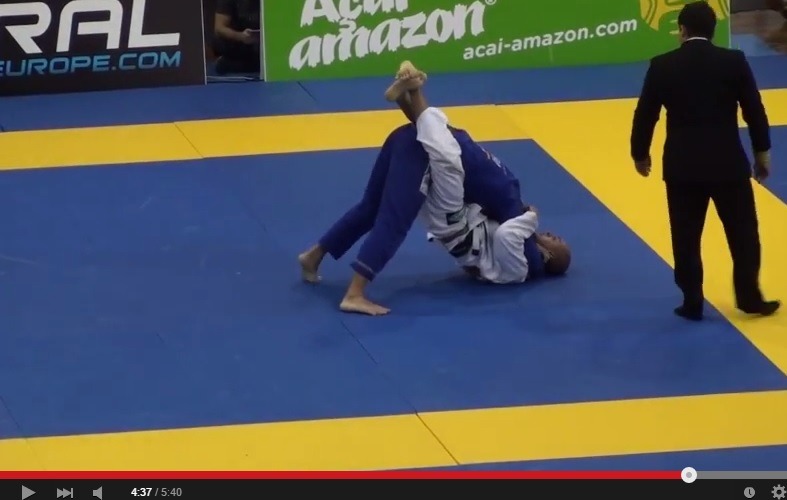 Choking someone from inside their guard seems like a good option until you give it a try. First of all, you have the person’s hips in between you two. That means they control the distance. Second. In order to establish any choking configuration (apart from the Amassa Pao), you need to make a sacrifice. You must either extend your arms to reach the neck or break your posture and lie on top of the bottom person to gain access to the neck. In both cases, the guard is designed to thrive. So, how do people come up with the idea of choking someone from inside the guard?

I have no idea where it all came from, but the Ezekiel Choke actually has a part to play. In fact, the choke was originally executed from inside someone’s guard for the very first time, although it is unclear how skillful that bottom person was. Since I am one of those skeptical overthinkers, that don’t really adhere to BJJ dogmas and absolutes which state you should “always” or “never” do something, I won’t say you can’t do an Ezekiel Choke from guard. However, I do think it is a hard option and one that comes with many risks and not nearly enough rewards.

The man behind the Ezekiel Choke is a Brazilian Judoka named Ezequiel Paraguassú. In all honesty, he is not the creator of the choke, which has existed in Judo for ages but is the first person to pull it off in Brazilian Jiu-Jitsu, and hence, got credit for it. When Paraguassú was preparing for the Olympics in Judo he started training BJJ at Carlson Gracie’s to improve his groundwork. Caught in the guards of people, he decided to go back to an old Judo technique called Sode Guruma Jime to try and pry the guard open. That old technique was the original version of the Ezekiel choke from guard.

The Ezekiel proved to be highly effective in the early 1990s. Most people played a closed guard game and there weren’t many fancy spinning and inverting options from the bottom. That meant that a quickly applied Ezekiel Choke from guard means you could get a tap even when inside the closed guard. Later on, it faded in its efficiency from inside the guard, but new variations emerged, like No-Gi and arm-in Ezekiels that are extremely effective.

Paraguassú actually had no idea the choke took off, as he moved to Europe, and only found out the submission bore his name and was regularly used almost two decades after he terrorized Carlos Gracie grapplers with it.

Will the Ezekiel Choke From Guard Work (And Why)?

How do you execute the Ezekiel Choke from the guard? Well, there are a few instances, but your best bet is actually trying to be heavy on your opponent while you’re setting up the choke. This means throwing your weight on top of them, which does come with risks. Widespread legs will give you a solid base and a power source. The arm around the head goes in first, giving you an anchor point. If you get that far before begin swept or submitted you’ll pull off the Ezekiel Choke from guard.  The battle s for the choking arm comes next, but as long as you keep the base and pressure, you’ll do fine.

The finish is like every Ezekiel Choke, with downward pressure on the windpipe. During all times, the idea is to keep your torso over the opponent’s torso, in a downward-dog-like position, but with legs spread really wide from the base.

In terms of risks, the moment you shift your weight forward, you’re in danger of flying over and ending up at the bottom of the mount. While you could finish an Ezekiel even from the bottom mount, that is tactically not a smart move. Another thing to consider is that both arms of your opponent are free. That means they can remove your anchor arm and use it to arm drag to your back, transition into arm locks, or hunt for guillotines, loop chokes, or even an Ezekiel of their own. Once again, it is all about the tradeoff and whether you’re willing to risk it.

Personally, I stay away from the Ezekiel Choke from guard. Perhaps in another phase of my BJJ journey, I’ll turn to it and really try and make it work. For now, though, choking people from inside their guard is not high on my list of priorities. I already have other unorthodox things I do from the closed guard. However, if you’re interested in really testing out how effective the Ezekiel Choke can be, make sure you do a lot of testing, including all belt levels and body types, before you draw a final conclusion.

Forbidden And Dangerous Moves: A Look At The Slam In BJJ