Deciding to take up Jiu-Jitsu is one of the biggest decisions you’ll make in your life. It is also going to prove to be one of the best ones. Whether Jiu-Jitsu is going to change your life, influence it or just contribute to it, the return is going to be positive for certain. That said, it’ll take some time to get a feel for it. Moreover, it’ll take some time to get used to everything that’s happening on the mats. BJ Jis far from your traditional martial art, and as such, works in different and slightly mysterious ways. When it comes to Jiu-Jitsu beginners, it is not just about techniques, but understanding exactly what is going on on the mats?

People that start BJJ usually look lost. That’s because they are. Depending on the size of the academy, integrating into a BJJ gym can be quite difficult. The bigger the academy, the more difficult it is to understand what exactly people are on about at certain times. Moreover, all the technical stuff going on that makes no sense and requires every bit of mental and physical energy. That does not leave much focus to figure out why people are standing on the edge of the mats and not allowed to participate. It will take some time, but I’ll try to explain some of the nuances of BJJ life here in order to make jiu-jitsu beginners understand as much as possible. Up to a point.

There a concept that I talked not too long ago that has people undergo an intro class when they sign up. This is, in essence, a private class, just not one where the student decides the subject of the lesson. It is rather a great way to introduce the sport of Brazilian Jiu-Jitsu to people who want to train, but have absolutely no idea what it is. That said, even with a class like that, I have people coming to class looking like they’re ina different country whose language they can’t speak or understand. It is fun for me to see them like that. However, I can’t imagine they’re having the time of their life just yet. 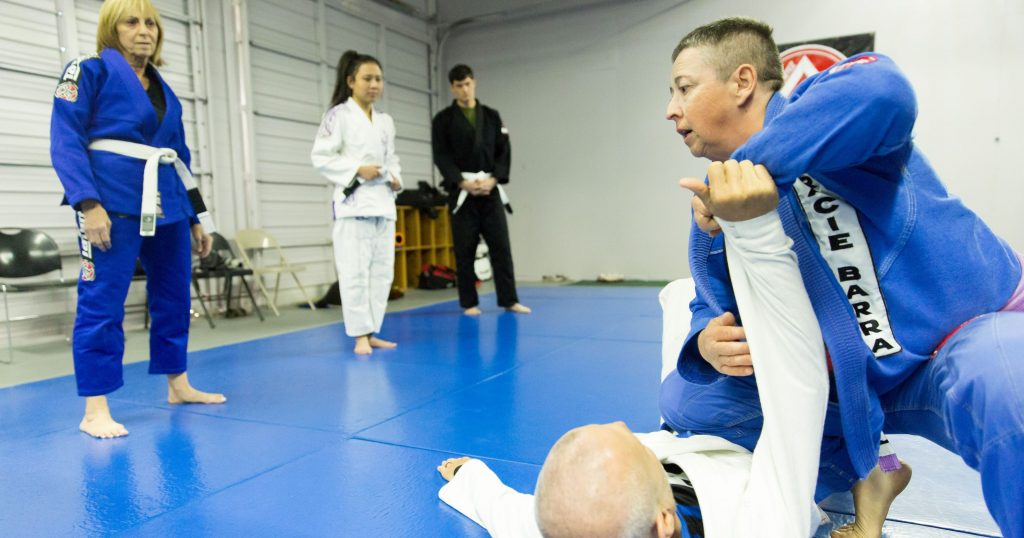 Jiu-Jitsu becomes extremely easy to understand once you’re deeper into it. What we aim to do is solve puzzles under pressure, with the end goal of controlling someone so much that they have to give in. That was the easy part. The hard part, for everyone, is learning different ways of achieving this. In other words, learning BJJ techniques and concepts. In terms of Jiu-Jitsu beginners, this is easy – there’s a curriculum for white belts they need to follow. That’s how they learn techniques and specific movements that are the foundation.

Still, when people step on the mats, intro class or not, they run into much more than just techniques with weird names that they can’t figure out. Apart from the well established social interactions between people that have been there for years, there are also situations that make absolutely no sense. Speaking of which, the ones I’ll focus on today are situations that you should avoid, regardless of belt or experience, and the reasons why.

Techniques aside, we’ll be looking at common mat situations and what they mean. When it comes to beginners, everything is new, confusing and strange. The trouble is that it may be so confusing, that it prompts people to leave. Instead of that happening, let’s make everything more user-friendly for jiu-jitsu beginners and put some things into perspective. Like a beginner, you do not need to know any of these, but it will make your life easier if you’re aware of why things are happening the way that they are on those BJJ mats.

There’s n need to say that you should always be on time. To be honest, I’ve never had an issue with beginners being late to class without a good reason for it. It is the older students that develop habits like this. In some academies, this goes unnoticed and people seem to be coming and going to and from class at times. In other academies (mine included) those that are late will have to wait their turn. Why?

First of all, they need to wait until they’re summoned in order not to disrupt the class. Secondly, they need to warm up, even if skipping the warm-up is the reason they’re late. So, when an instructor asks you to stand on the edge of the mat and warm up until they summon you, there’s a clear reason behind it. You’ll join in a class at a time where you can jump in without having to interrupt the flow.

At the beginning of class, people line up according to their belt color. That much is apparent. However, what’s with all the different colored Gis? DO they influence where people stand? The short answer is no. In the line, people that have a full Gi and a belt go to the front and line up according to belts. People that have just a Gi jacket, just Gi pants on or do not wear a belt, line up at the end. It may be at the tail end of the GI line, or at the very end, even behind the new folks. When it comes to Jiu-Jitsu beginners, this can be quite the conundrum. The solution is easy – do not thin too much of it. Line up next to the people dressed similarly to you, and let the instructors worry about those that come ill-prepared for class.

This is really something that concerns everyone. As a beginner, trying to train a sport where people are in extremely close proximity to you and try to smother you all the time is hard enough without hem having smelly garments on. Gi hygiene is huge, and in most cases, closely monitored by instructors. If this is not the case, feel free to talk to an instructor, rather than enduring a smelly adventure with a training partner.

The same holds true for nails or body odors. Contact sport, everyone! That means keeping your nails trimmed at all times, as well as showering regularly, preferably before class. Smelly feet can be just as bad (if not worse) than a stinky Gi, so let’s keep things civil. Once again, feel free to react to an instructor in such situations. And no, they’re not common and definitely not endorsed.

Finally, what I always state as rule number one is no shoes on the mats, no walking barefoot off them. That’s easy to understand. If you need to anywhere outside the mat area, wear flip flops or shoes. Back on the mats? Take them off. We put our faces on those mats for hours, and someone is taking care to keep the mats clean. If there’s anything to remember for Jiu-Jitsu beginners, this has to be it. Everything else is negotiable to a point.

This is a question I’ve gotten several times. Okay, maybe not in this form, but still. The part that confuses beginners is that lots of people try to coach them. The answer is easy – whoever is doing the demonstrations, regardless if they’re a blue or a black belt is the coach/instructor. Full stop. Everyone else, and especially fellow white belts, regardless of how many stripes they have, should not teach. In fact, everyone should keep their mouth shut, apart from addressing instructors with specific questions about techniques. The same holds true for rolling, and no, people shouldn’t coach you during rolling. Not even instructors.

You’ve been training for a while now, and you’ve heard the term Spaz. But wait, what exactly is it? Ell, the short answer is, you’ll know one when you see one. A Spaz is someone who goes full strength, all-out, with next to no techniques and tries to manhandle everyone in rolling. Sometimes even during technique demonstrations. The thing to remember here its that they do not have to be white belts, but can also be blue or even purple. In BJJ, you’ll run into the Spaz from time to time, so you might as well gain that experience early on. However, just like in the case of hygiene, feel free to talk to an instructor, and ask to be partnered with someone else. Even more importantly, that’s exactly how you do not want to behave, so make sure you’re not turning into one yourself.

This is a huge one and I’ve seen it scare people away. It is not getting injured that deters beginners, but rather injuring someone else. Particularly when it comes to injuring a higher belt. The thing is, you’ll very rarely be able to injure a higher belt intentionally. In most cases, it is ego preventing them from tapping or acknowledging that they mese up or you did everything right. The moral of the story is that it is not your fault. As long as you adhere to the rules, ti is others that injure themselves while rolling with you. In fact, the responsibility during a roll is always with the higher belt, so if they end up limping you’re definitely not to blame. When it comes to Jiu-Jitsu beginners, the rules are simple: tap often, and try not to be a spaz, as discussed before.

When it comes to starting BJJ, there’s a lot to learn. However, rarely anyone tells you about the stuff that happens all the time and that confuses newbies completely. Jiu-Jitsu beginners have a difficult enough time without having to figure out unwritten rules and social interactions. That said, focus on the tasks at hand, and if anything seems out of place, you know what to do – talk to the instructor.

Rules Of BJJ: A Competition Guide For Beginners 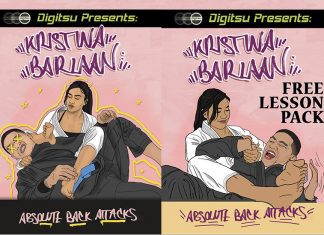 0
All other stuff aside, there’s one position in BJJ that we all commonly agree is the absolute best one – the back. You can...