It is undeniable that people that are involved in BJJ come in all shapes and sizes. This is as much in a physical sense as it is in a mental one. Different characters and different backgrounds make for very different grapplers. All of these traits sum the behavior of people on the mats and off them. However, there’s on a more very important factor that has a great influence on the way people act – their level. Have you ever wondered why black belts seem so relaxed and outgoing, even when they roll? Or, more importantly, have you ever wondered what makes a BJJ spaz act in such an un-Jiu-Jitsu manner? Today, we’ll focus on the second one and look at it from the perspective of a BJJ spaz. Because, as you should well remember, you were one too, at a certain point in time.

The BJJ spaz is a unique concept that relates to Brazilian Jiu-Jitsu. In other martial arts, people are usually not surprised at explosive sparring and strength based work. In the game of human chess that is Brazilian Jiu=Jitsu, though, slow and steady wins the game way better than explosive and aggressive. This is not to say that such moments do not have a place in the game, but when they”re strategic and conscious it is a whole different story. The occurrence of spazzing is nothing new and it is, in large, expected out of white belts. Actually, it’s the white belts with a certain level of experience that usually adopt the way of the BJJ spaz. This is no intention in most cases and is only a temporary thing.

It is the people that keep on pushing this mentality that is the worrying ones. The BJJ spaz with a blue or purple belt usually has no right to act like that. Or, do they? Do we really understand why someone is still spazzing despite knowing it is heavily frowned upon? While this is not a desirable way to go through the art it is certainly not a forbidden one. So, let’s stick up for the common BJJ spaz and look at what makes them act in such a specific manner.

Here’s a simple solution to deter spazzers – leg locks. Never let spazzers get into their spaz mode by getting leg locks quickly and efficiently with Craig Jone’s “Down Under Leg Attacks” DVD. It is a complete instructional fit for grapplers of all levels.

Defining Traits Of The BJJ Spaz

There are certain characteristics that clearly put someone in the BJJ spaz category. Despite usually only coming out during rolling, you can notice a spa during technique practice as well. Often, it is the guy or girl that’ll try and force through a move even when it is not working. Furthermore, they’ll often claim that what you’re doing won’t work because they have a defense. When you see a defense based on lots of fidgeting and agonizing facial expressions, suspect a spaz.

During rolling, things can get really heated with a spaz. At this point, it is not that hard to spot one. Actually, the whole gym is probably going to spot them with ease. What’s common is also for people to be really careful around spazzers, even if they’re only in their vicinity and not actually rolling with them. The basic concept of rolling is to bring order to chaos and make your opponent submit to your will. What a spazzer brings to the table is more chaos to the chaos, making rolling with them a truly uninviting experience. 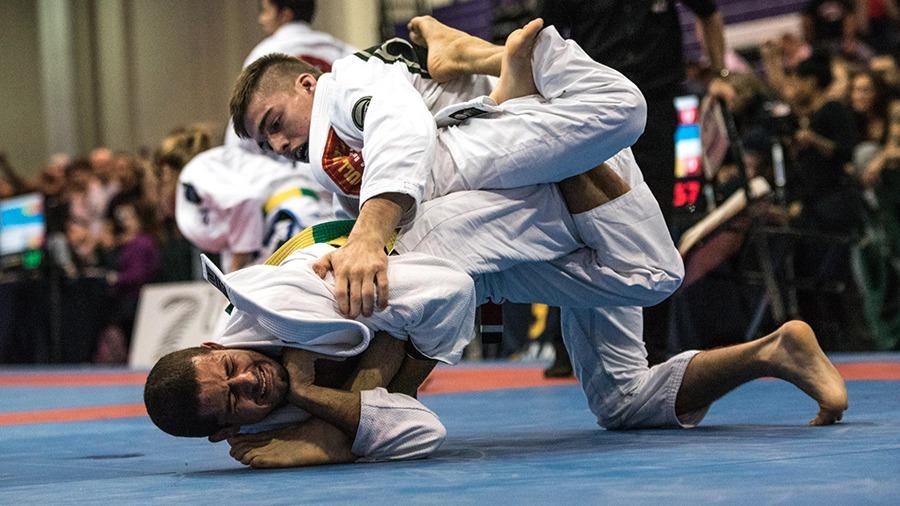 Rolling with a spaz goes something like this. After you slap and bum you’re going to have a hard time engaging. They’re going to be safely fending off grips without taking any initiative. Once you go for something, or they decide they see an opening, all hell breaks loose. The BJJ spaz is going to look to implement a certain move despite all odds. And, even though you’re defending, you’ll get smashed, hit, scratched, elbowed and what not. Basically, the spazzer is going to use as much power as they can to force through moves that aren’t really working. They’ll be really tense, explosive and uncharacteristically violent. Despite all this, spazzer really rarely have actual bad intentions.

The basic driving force of a spazzer can vary. it is not their motivation that defines them as such, it is their actions. The thing with action is, that we tend to be hardwired as humans to see them trough, especially in conflict situations. Since there’s hardly anything that can simulate a conflict situation more realistically than BJJ, instincts tend to kick in. Couple that wit ha specific character of a person and you have a BJJ spaz.

It is actually quite simple to deal with a spazzer. All it takes is an instructor that knows what they’re doing. The first step is to identify the reason someone is spazzing in training, especially when they have a higher rank. Next up, you need to find a way to address that aspect, in a way that’ll resonate with the person. That’s all ti takes to make someone realize that here’s another way of doing things.

In order to make spotting some of the usual culprits behind spazzing behavior we singled a few out for you:

The first and most widespread reason for spazzing is inexperience. This one is important with white belts, especially those with not much training time. It is not the complete beginners, as they still have no idea what’s going on. The first few months, it is mostly guiding students through class. However, those that have a stripe, or perhaps two, are the usually BJJ spaz material. this is not something that’s universal to all, but it is something we see very often. the lack of experience means people try to make up with strength and explosiveness. The fact that they’ve been training for a while means unwilling to just give up positions, inevitably opening themselves up to spazzing. This one doesn’t really need special attention since it usually goes away on its own.

This is a huge and very important reason for spazzing. People that feel like they can’t pull off a roll with someone due to their rank, skill, size, strength etc, tend to tense up. Every time someone has doubts about their abilities, tension inevitably follows. With experienced white belts and blue belts, this is a common thing. Being insecure about a roll is going to turn you into a tense, unpredictable partner, with the tendency of overcompensating. This is an issue that instructors need to address, because it may turn into a habit, and even define a students rolling style for a long period of time. 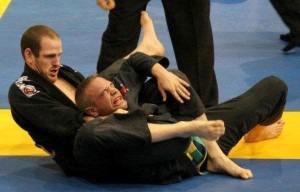 What happens when you put inexperience and insecurity together? You almost certainly get a BJJ spaz. Both of them usually come into play in one distinct situation – skipping class. IF a student shows up for class irregularly there’s no way they’ll become comfortable enough to roll correctly. Furthermore, seeing all their peers who are attending class regularly has an ego-bruising effect. This is all the more reason for people to “prove a point”. However, since they do not have the correct tools to do so, spazzing is the usual consequences.

Next up, this is probably the hardest one to discover and put in perspective for a BJJ spaz to work on. Even really experienced and high ranked students can turn into spazzes when they revert to their instincts during a roll. Losing your calm is not an uncommon thing in BJJ, even among high-level grapplers. The result, however, is a panic mode, in which our bodies have a built-in mechanism of actions. tensing up the body and increasing heart rate and breathing are usual characteristics of panic mode. FI you add to that the need to get out of a position, submission or simply force one of your own, you get a spazzer. Since people in this state haven’t got much control over themselves, this is arguably the most dangerous variation of a spazzer possible.

This one could be looked at as part of the inexperience point, but I beg to differ. new students can be inexperienced. Students with a few years o training, do not lack the experience in rolling. they can, however, end up in deep waters when they’re up against moves they do not know. This, though, is not inexperience, as ll the BJJ principles still apply. It is just lack of knowledge in a certain aspect, which can make people revert to panic mode. And we already covered what happens when someone panics.

This is probably the most difficult one to weed out of a student. Whenever you see a purple belt spaz, it is usually down to either scattered attendance or overconfidence. This is the mark of people that already have a certain type of grappling game. For them, what they do is the ultimate solution to any situation. Since there’s a clear flaw in this way of thinking, spazzing is not far behind. Especially when, as time goes by, people keep trying to push their agenda even though their partners have figured out counters.

The Most Annoying Kind Of BJJ Training Partner

How To Develop Mat Awareness For Safe BJJ Rolling