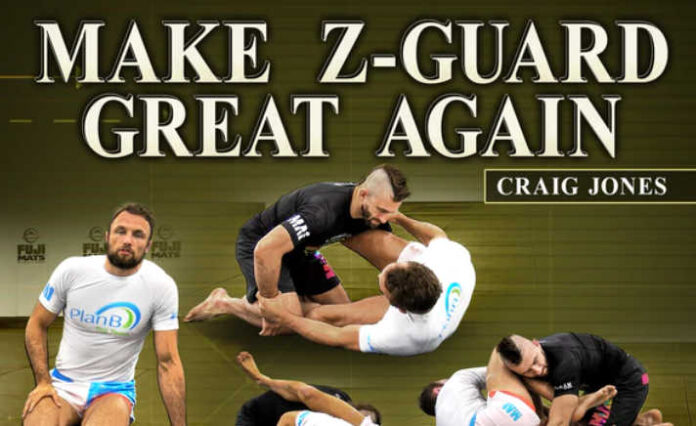 What is Craig Jones known for in BJJ? Leglocks. uncomfortably short leopard-themed shorts. Triangles. Awesome banter. The B-team. Z-Guard. Well, it is this final trait of Craig, which just so happens to be amongst his earliest BJJ favorites that he covers in his brand new Craig Jones instructional. The detailed Craig Jones Z-Guard BJJ DVD is here, and it contains some very unusual and interesting ways of looking at this popular guard variation.

The Craig Jones Z-Guard DVD is titled “Make the Z-Guard Great Again”. It is a 6-part DVD BJJ instructional that covers one of the most popular and utilized half guard variations. The instructional is No-Gi (no surprise there) which means that it translates perfectly to Gi Jiu-Jitsu as well.

In this Craig Jones instructional, he covers positioning, attacking, and transitioning from the Z-guard. He even includes his favorite ways of dealing with it in terms of passing, making this a great resource for both those that love and hate the position. He uses some crafty new techniques and associated unusual names to take the guard to new heights. In other words, he yet again delivers on a great instructional, sticking to subjects he is a world-class expert in.

You don’t know who Craig Jones is? Oh well, you’re in for one great surprise when you get this DVD. We’re not going to spoil it, but allow us to introduce Craig to those very few people that have no idea who he is.

Craig Jones (30) is an Australian grappler who is a black belt under Lachlan Giles. He is one of the best No-Gi grapplers in the world, falling second only to Gordon Ryan. In fact, Craig is the one grappler that actually came closest to submitting Ryan at EBI where the GOAT reigned supreme.

It was EBI that brought Craig to the attention of the BJJ world. mainly as a result of his flawless leg locking displays. Simply put he turned out to be the best leg locker after the Danaher Death Squad, which he subsequently joined to refine his skills. Since then, he has amount an impressive amount of wins in super fights and submission-only matches.  In addition, he is also a two-division Polaris World Champion and is a 2019 ADCC silver medalist.

Craig has a staggering 80% submission finishing rate in his matches (41 matches). Moreover, he has lost only 17 matches as a black belt, competing only against the biggest names in the sport. 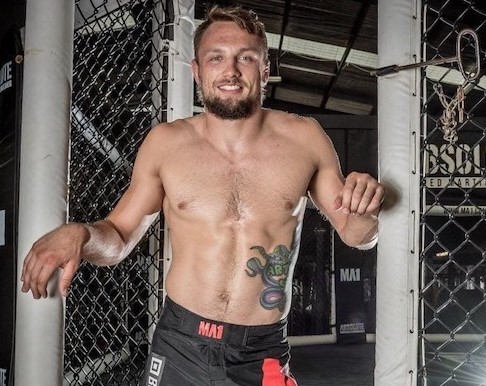 The Z-Gaurd is a half guard variation that provides the guard player with a very high degree f safety, opening up different attacking avenues at the same time. It is essentially a knee shield from half guard that is usually played in a low position (the shin of your top leg close to the opponent’s hips).

The position is very useful for both Gi and No-Gi grapplers, and is not difficult to understand. In fact, it is one of the more instinctual positions for people when they grapple, meaning it is just as useful for beginners as it is for black belts. From the guard, the usual sweeps, chokes, leg locks, arm locks, and back attacks are all over the place. Moreover, passing the Z-guard can be a hassle, which is another reason why this guard is so popular across the board.

Craig has an extreme amount of technical (and tactical) knowledge about BJJ. Given that the Z-guard is one of his favorite positions, and also a position he has been doing the longest, I’d go as far as claiming that he is the utmost expert about it in the entire world.

That said, this DVD is one of the rare BJJ instructionals that literally everybody can use. White to black belt, everyone will get something useful, and be confused, mostly by Craig’s naming of some of the moves.

The Craig Jones Z-Guard instructional has 6 volumes and lasts a total of approximately 5 hours. The first volume is the shortest, covering the introduction to the guard and lasts ~30 minutes. Volumes 2, 4, and 5 last around an hour, while numbers 3 and 6 contain just over 40 minutes of material.

This Craig Jones instructional is produced by BJJ fanatics, with HD quality of both sound and video. The camera work is precise, and while it does not move around to provide different angles, the athletes presenting the moves do so themselves. The release is available as a hard copy DVD or in the form of a digital download.

Craig opens up with an introduction to the subject of the Z-Guard, and looks into the nuances of the position itself. The chapters last about 10 minutes, which is quite a lot for a single chapter, but that is just a testament to how detailed Craig is with the fundamentals.

First up, Craig explains positioning from the Z-guard, covering every major foundational aspect of the position, as well as a host of crazy details. He goes on to demonstrate the defensive power of the Z-guard by showing retention tactics.

The final chapter in this opening portion of the Craig Jones Z-Guard instructional covers how to be dynamic from the position. While the guard is very effective defensively, without a dynamic approach you won’t be able to attacks. 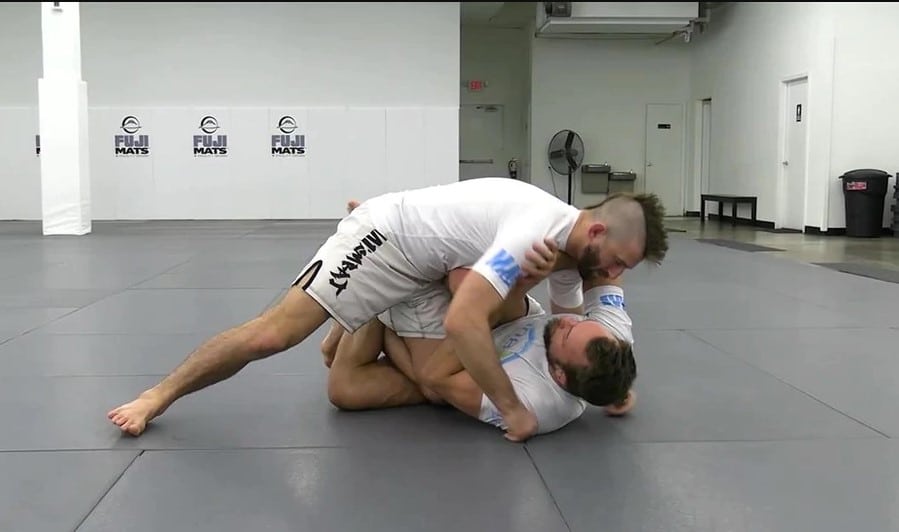 In part two, Craig, contrary to what is expected from a guard DVD, covers passing the guard, before looking into the working mechanics of the guard itself. The best part is that this very interesting volume of the Craig Jones instructional covers not just passing, but also common pass counters and ways to deal with them.

Craig starts with the hip switch pass, before moving to fan favorite in the form of the headquarters passing position. He also shares a pass that Lachaln used to do on him and it is pure gold.

As the material unfolds, Jones also talks about the weave pass, addressing some huge fallacies in how we’re used to doing it. He, of course, offers solutions before covering other passes inspired by his training partners that really do kill the Z-guard effectively. One is called the Jason Rau Unassuming bastard, and the other the Kit Dale pass.

Part three is all about attacking from the Z-guard (which is probably why most people will look into this DVD).

Well, if you are one of those people, this is the volume for you. There’s nothing but submission attacks in this one, coming in from all angles. Craig starts with a Kimura that purposefully uses a thumbs-grip, rather than the conventional monkey grip. He then talks about following up the Kimura into armbar variations and the concept of creating motion.

The second portion of part 3 of the Craig Jones Z-Guard DVD covers triangles. They come in the form of a couple of different Achilles triangle options and the very interesting Yoko Ono triangle. I’ll let you figure out why he named it so when you get the DVD.

I might not have disclosed what the Yoko Ono triangle is, but I will explain the next curious name in the instructional – the Choi bar. It is an inverted armbar from the Z-guard which is one the earliest innovative creations by Craig.

As you might presume, triangles are not far behind an armbar from the bottom, especially in a Craig Jones instructional. So, more triangle attacks follow suit, paving the way for Omoplatas which in turn, introduce a door to Ashi Garami and leg locks. 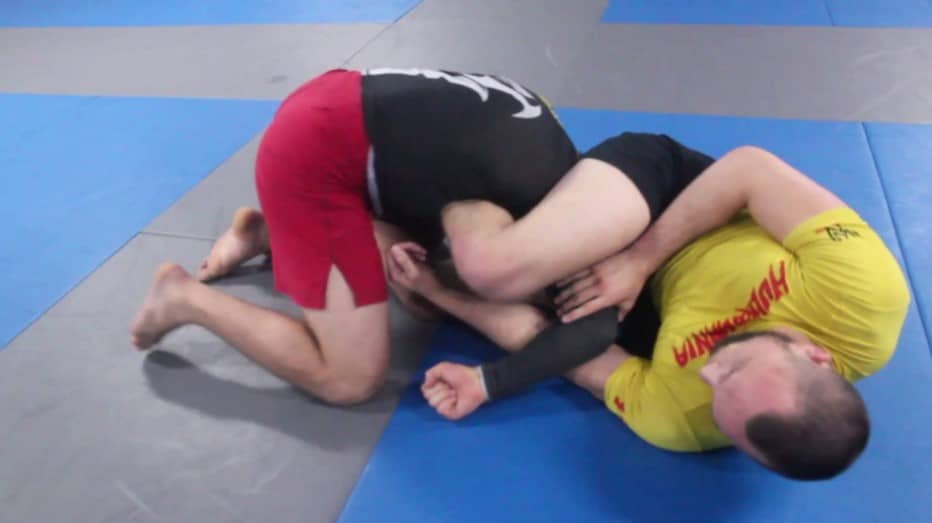 The penultimate part of the instructional simply continues where the previous one stopped – leg locks. The K-guard is the Z-guard’s next-door neighbor and best friend, so Craig explains this relationship in great detail. What comes next is best described as leg lock bonanza.

The one thing I really loved about this part is the chapter about sweeps. Jones’ concept is to sweep first and go for a leg lock second which is a great habit to develop or grapplers of all levels.

Finishes do include a lot of leg raping, cross Ashi Garami finishes and even some Flashy Bull$&@8, as Craig names it.

Keep an eye out for the Floating Z chapter. It is fun and will reveal something very new.

The final part of the Craig Jones Z-Guard instructional is about ways out of the guard. If your attacks fail, or you’re chasing a different goal, transitions are your only other option. Craig’s take si simple – dealing with a kneeling and standing opponent is what is crucial to understand.

He shares the concept of the three key battles to expect when transitioning from the Z-guard, whether by choice or necessity. Finally, he bases all his follow-ups around a very powerful and reliable wrestling move- the Whizzer. Through several chapters he opens up the door to some usual Whizzer uses, wrapping up this part, and the entire Craig Jones Z-Guard instructional with a few thoughts on a reinforced half guard position.

Considering this Craig Jones Z-Guard instructional DVD’s technical aspects and quality of content, we come to an overall score for this instructional that I’ll deliberate in short below.

No objections in terms of technical quality. Video, audio, the length of the volumes, the organizational system of the chapters, etc are all pristine.

No doubt this is one of the best DVD instructionals I’ve seen this year. It is really easy to follow, it covers everything in great order and connects things easily. I also loved the fact that every volume covers just one aspect of the guard play, whether it is passing as a whole or a single submission category (like armbars).

Craig is, of course, an amazing teacher, and delivers everything with a great balance of seriousness and humor, making it easier to remember things.

Very easy to grade with a big, fat 10. Regardless of the game you play, it is a DVD you’ll need someday, so why not get it now?

I am not a fan of every Craig Jones instructional, so when I look into one of his releases, I really do so with a fine-tooth comb. The Craig Jones Z-Guard DVD, as far as I am concerned, is something everybody should take a look at. You’re going to play half guard anyway, why not do it effectively?