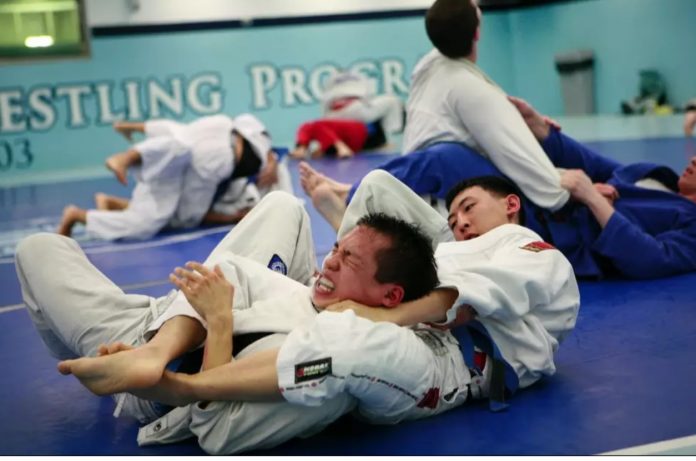 Failure is always an option in BJJ. In fact, it may just be an option you actually need to use more often. To be honest it is arguably the hardest way of learning BJJ, given human nature and all. however, as it is usually the case, the hardest way also yields the best results. You can, by all means, learn Jiu-Jitsu by actually striving to never fail. however, if you master failure as a learning tool, you’ll not only understand what BJ is all about, but you’ll have way more fun in every roll. It is Brazilian Jiu-Jitsu 101.

How often do you go to class with a plan to fail in as many things as you can during rolling? I’d wager that the majority of people will say never, or very rarely. More experienced people, or those choosing one of the more unusual learning methodologies of BJJ, would probably say most of the time, though. Depending on what you’re working on, actually looking to fail in something is so much more important than looking to succeed with it. At least at first. Brazilian Jiu-Jitsu 101 means that the more times you fail in something, the tighter and better it will be when it finally succeeds. 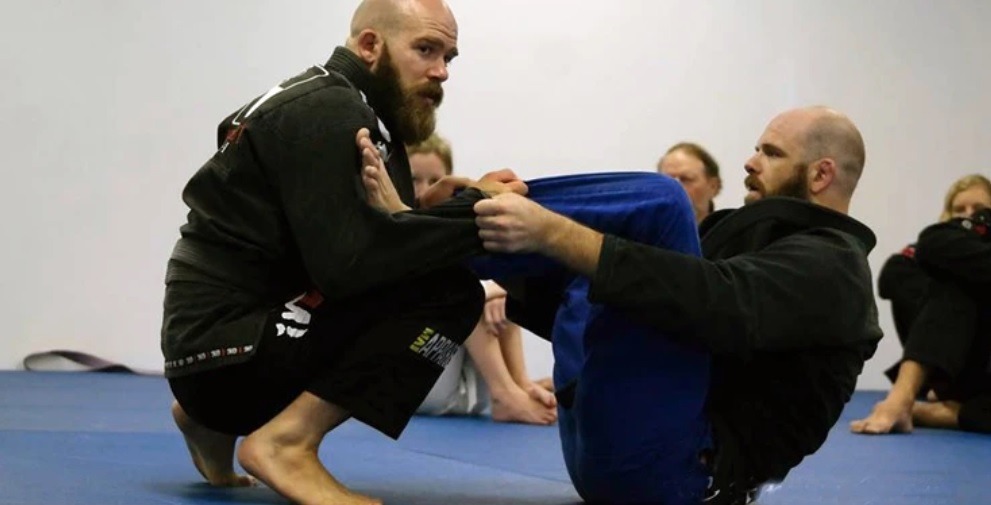 Failing is something most people in the world avoid. Even within BJJ it is the hardest thing to master, if you ask me. Nobody likes to fail at anything, and yet, that’s the best possible way of actually learning how something works. In that sense, when it comes to BJJ, you learn quite soon that you’ll fail a lot. What folks usually do not comprehend straight away is that that will carry on fro the reminders of their Jiu-Jitsu journey.

So, Brazilian Jiu-Jitsu 101, lesson two; Do not expect to fail only in a defensive manner. Yes getting tapped is an invertible part of BJJ. And yes, the more you tap, the more you learn. However, you shouldn’t’ just see tapping out or losing positions as a failure. You can actually fail in just about anything that you do, from grip fighting, through attacks all the way to defending submissions. And that is where the secret of Jiu-Jitsu lies.

One thing everyone likes to use probably as much a saying “Oss” is saying that they’ve left their ego at the door. Well, that’s not true. Ego is always present, even in BJJ black belts. it is all about how we deal with the ego that makes all the difference. And, mastering the art of failing, or better yet, actually striving to fail, is a great way of making sure you can really control how you react in ego-driven situations.

Learn How To Fail

I have to admit, learning how to fail was the hardest lesson for me in BJJ. Even harder than learning how to pass the guard, I kid you not. Actually it took me getting to the brown belt to finally start figuring out what this Jiu-jitsu thing is all about. And it is not that hard. The concept is simple – go against your natural programming and do not be afraid to fail. In fact, embrace it. 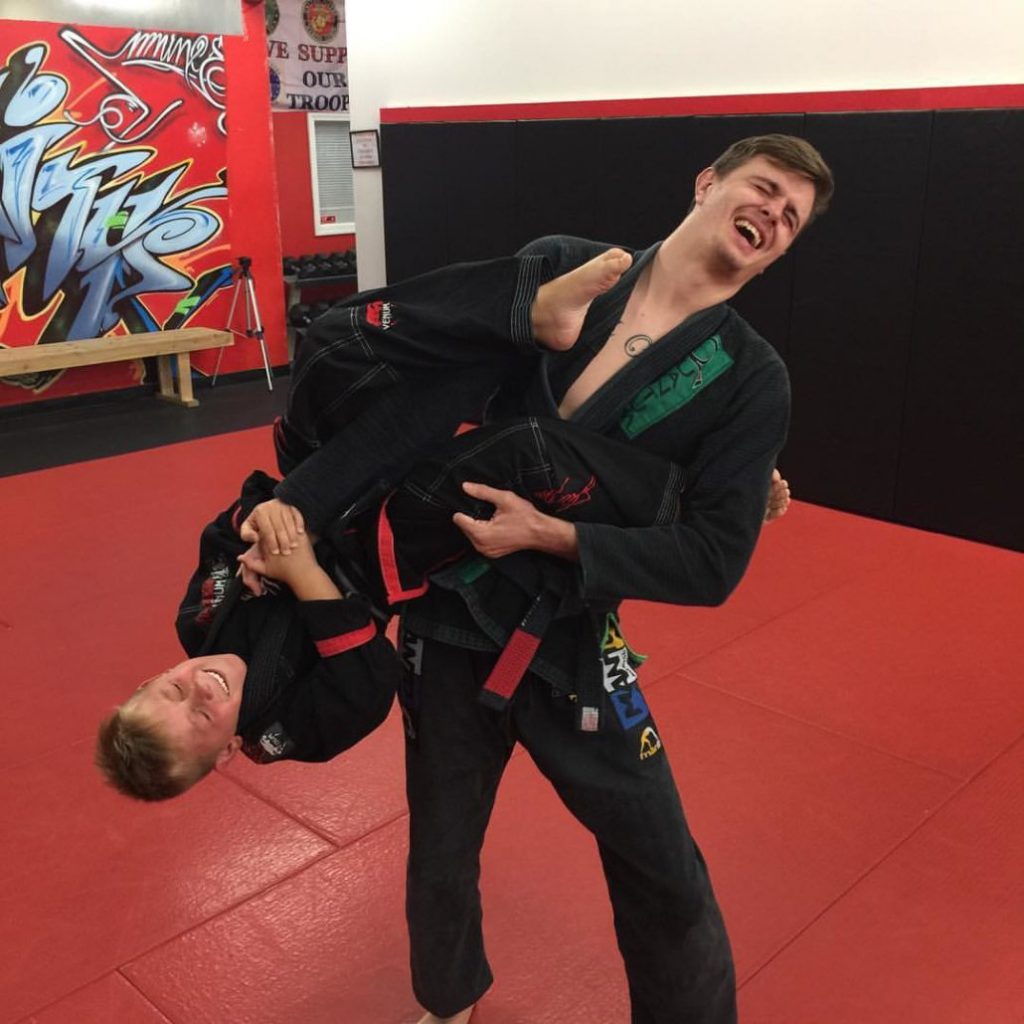 Let’s use a few practical examples here. First of all, the defensive aspect. When people get you in a submission, you tap. They “win” the round, your “lose” and you restart. The same happens in the tournament, just without the immediate restart. What did you learn? If you learned that you can’t get out of an armbar, for example, you need to go back. What you can learn is how, when, where and why your opponent actually succeeded with that submission. And, unless you happen to it, you would have no way of discovering all these things.

The same is true for any escape out there. You can’t be good at escaping the mount, for example, if you ever end up in bottom mount. So go there intentionally, and fail to escape. Every failure will teach you much more about escaping than a month’s worth of mount escape lessons.

Finally, the same holds true for attacks as well. there’s the hidden benefit of actually becoming better at attacks by getting caught, so you already have the upper hand. But it is when you try to attack, that you also need to embrace failure. every failed submission attempt, guard pass or anything offensive will teach you much more about the move than actually pulling it off at first. And, the more critical you are about your success, the more you’ll fail, which means them more BJJ you’ll learn. As I said, this should be Brazilian JIu-Jitsu 101. People would learn so much more so much faster.

There is more, though. It is not just about getting out of armbars and passing all the crazy guards of today. Failing will teach you another extremely important lesson – not giving up. If you want to use failure as a tool to develop a mean Omoplata, for example, you’ll need to really focus on failing with it for quite some time. In most cases, you’ll need months on an end to really polish a move. That means you’ll become so comfortable in situations where failure seems inevitable, that you’ll “forget” how to give up. And believe me, learning no to give up this way will be extremely beneficial when you step on the mats to compete.

Moreover, learning to embrace failure, as corny as it may sound will help you in any walk of life. Do you know what is the most important lesson people learn from BJJ? It is that they’re actually unimportant. In other words, they learn that they can, will land should fail. And they learn that there’s a lesson there to be learned in order to become better.

Now your appraoch can also be different and that;’ goes beyond Brazilian Jiu-Jitsu 101. Whether you choose to be analytical and logical about things or emotions, it is down to you. However, looking at how to beat the armbar triangle trap you fall in nonstop, whether with a cool head or just raging not to be caught, means you’re learning from failure. It is up to you how comfortable (or not) the process is going to be.

Just as the title says. If there’s ever a Brazilian Jiu-Jitsu 101 that we teach across the world, it should be about the concept of learning how to fail. Those who grasp it sooner will get to understand BJJ much faster and progress accordingly. Presumptuous as it may sound, I firmly believe in this and even have a brand new group of students starting their Jiu-Jitsu journey from this basic lesson.