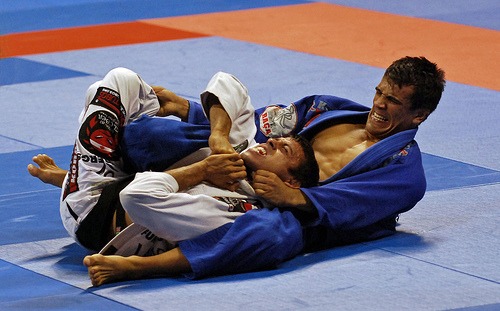 Submission Grappling. Catch Wrestling. Brazilian Jiu-Jitsu. Do you know what these grappling martial arts have in common? They all have one major goal – hunting for a submission. The submission is the proverbial cherry on top of the Jiu-Jitsu cake. The reason why the submission is the ultimate reward in grappling is that it is most often a fight-ending technique or even a lethal one. Submission either break a joint or a bone in the body or restrict the flow of air and/or blood to the brain. Whatever the case, they are debilitating moves that need to be practiced with care. That’s where tapping outcomes into the picture.

During submission oriented grappling training, such as BJJ rolling, two athletes enter a contract of a sort. They agree to lend each other their bodies, while looking to dominate the other one, ending in a submission. The contractual obligation of the one submitting is not taking anyone fight ending move even near to completion. On the other side of the contract, the grappler caught in the submission has the obligation of tapping out, once all logical defensive options are exhausted. As such, tapping out plays as significant a role (or more) as submission themselves in grappling martial arts.

Tapping Out In Jiu-Jitsu

Of all the techniques you learn in Jiu-Jitsu, the most important one is tapping out. The tap symbolizes death in the sense that you acknowledge your partner could’ve killed you with a move. Put like that, it does seem more important than ego, doesn’t it?

The tap, is first and foremost, not a measure of someone’s skill. No self-respecting instructor is ever going to measure your BJJ progress by it, so you shouldn’t either. It is the wrong mentality for grappling to see tapping out as a failure. Let’s put it like this – how many times can you tap a blue belt catch a brown belt? The likely answer is hardly a few. Does that mean the brown belt’s skill and knowledge suddenly disappeared? No, it just means they got caught or were putting themselves in a difficult position intentionally in order to figure something out. Tapping out means just one thing – they can start again and find the solution to the puzzle.

Should Lower Belts Be Able To Tap Higher Ones: https://bjj-world.com/lower-belt-student-submit-higher-belt-bjj/ 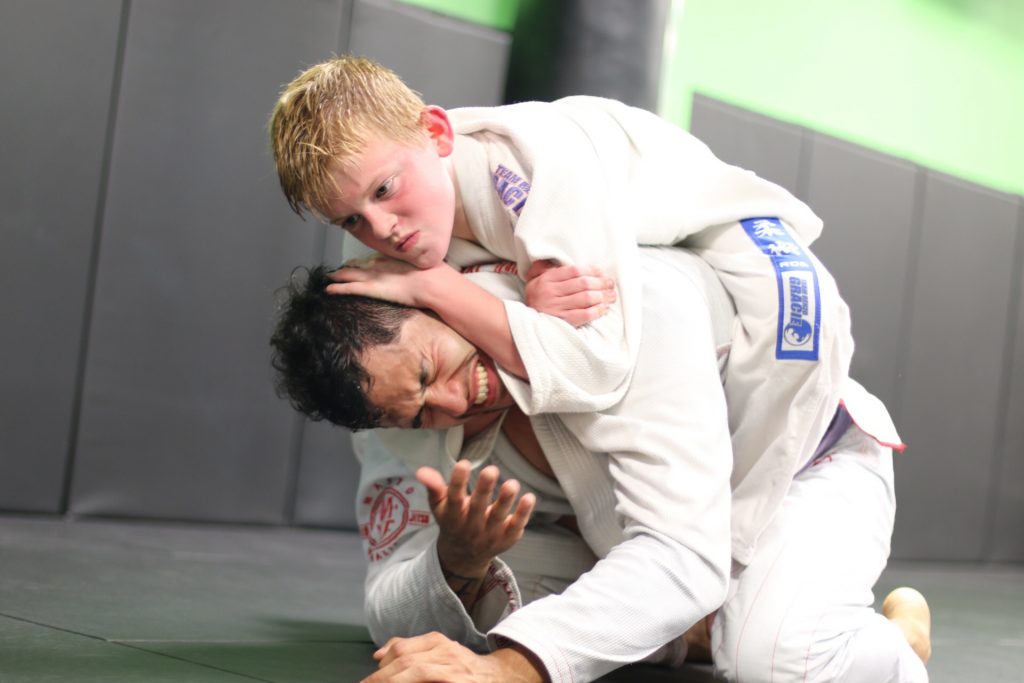 A very important part of tapping is knowing when and how to tap. First, let’s look at how you should tap in order to make sure you’re understood clearly. Whenever you recognize that there’s no way out, be sure to have a limb (or three) available to tap. As far as tapping surface goes, ALWAYS try to place your tap on your training partners body. The next best surface is the mats. On top of that, do not just pat your partner once or twice. Always look to tap repeatedly and loudly. Remember that you can use your legs too when you’re tapping or you could do it verbally by yelling “tap”. Ideally, go for as many of the above as possible at the same tie.

The Teaching Power Of The Tap

“There is no losing in jiu-jitsu. You either win or you learn!” This popular saying is actually not limited to BJJ. It transcends the boundaries of sports and has been used in every competitive environment out there. Although it is often an excuse, the original notion behind it is spot on. Using it as an excuse is born of frustration ,which is a derivative of ego. As much as we say we “leave our ego at the door’ it is always present. As such, we need to find a way to deal with it. Tapping out is one great option. All we need is to perceive it correctly, as the powerful teaching tool that it is.

It is crucial to understand that everyone taps in training. Even those top-level grapplers you’re looking up to tap repeatedly when preparing for super fights. You know why? Because that’s a great way to learn really fast. Whenever you’re caught in a submission more than one, understand it as a puzzle needing to be solved. Do not get discouraged by tapping out to the same move. Talk to your partner and the instructor, and ask them to first, explain the move to you. Then you can either ask for defensive options or proceed to discover them on your own. Whichever path you take, be prepared for more taps before you figure it out. After all tapping out provides you with the opportunity to try again. Not tapping is likely to injure you and rule you out for a while. You won’t be learning much from your couch, will you?

In addition, remember that there are more instances requiring a tap besides just submissions. Whenever you’re unable to breathe or are feeling serious discomfort tap fast and hard.

As far as respectful behavior on the mats goes, the “Brazilian” tap is as far from it as possible. The “Brazilian” tap is essentially a fake tap when someone caught tightly in a submission only slightly touches the opponent or makes an action as if they’re going to tap. It is a form of cheating and is highly frowned upon in BJJ.

It is an old trick originating from Brazil. In competition, it is a great way to fool a referee by tapping out of their field of vision. The use of this cheating move is not limited to Jiu-Jitsu only. There have been several instances of “Brazilian” taps in the UFC, the most notable being Mat Lindland’s. Lindland managed to fake tap his way out of a very tight armbar and keep on fighting. It was, luckily, of little consequence to the outcome, he got caught in a guillotine later on. If people learn that you favor the “Brazilian” tap, you’ll most likely end up injured because they won’t want to risk you getting out of anything. Not a really smart way to learn Jiu-Jitsu.

Some Unwritten BJJ Rules You Need To Obey: https://bjj-world.com/unwritten-bjj-rules/

On a final note, even when you embrace the concept of tapping out, make sure your goals in that regard are clear. To clarify further, not tapping out to a certain move is not a legitimate BJJ goal. Running out the clock by holding for dear life while at the edge of a submission provides no learning experience whatsoever. You want attainable goals that lead to progress? Look to either escape in a technical manner or to tap out. You’ll learn more that way than by just surviving.