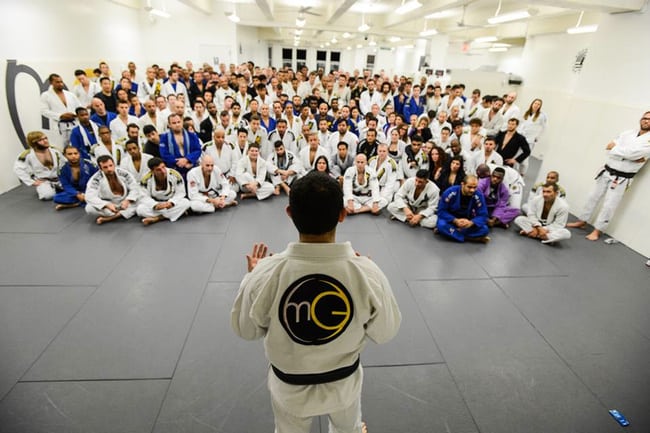 What kind of BJJ School do you train in? If the answer is “I don’t know” hat this article is tailor-made for you. If you are aware of the fact that there are different types of BJJ schools out there, but are not sure which they are, you’ll once again find this useful. Even if you’re aware of the different types of schools, you’ll get the chance to learn how to recognize them. That is before you decide whether they are a good fit for you or not. In that sense, there are far more types of schools than the ones we will look at. However, these are the most common and most important ones by far.

Speaking of BJJ schools, let’s first say “the ugly truth”. People that start in one BJJ school might end up moving to a different one, and even a third one after that, etc. Loyalty is a big thing in BJJ, or at least we want to paint it as such. However, when it comes to progress, and becoming the best grappling version of yourself, you can’t deny yourself the need to change school. If you see it as a solution, obviously. Most of us will develop in different ways throughout the years. While you can achieve everything in one academy, sometimes switching BJJ schools when you change the direction of your game is simply a smart thing to do. That, or traveling a lot and training as a guest.

Either way, you need to know what types of BJJ schools await you and which one is a good fit for you.

Not ALL BJJ Schools Are The Same

When we talk about Brazilian Jiu-Jitsu, people tend to think of things like the Gracies, Gis, and current top competitors like Gordon Ryan, for example. Just there I outlined three very distinct aspects of Jiu-Jitsu that we very often take for granted and see as one. The truth of the matter is, there are different directions in Jiu-Jitsu. Different BJJ schools tend to specialize in these different directions. Some like to go old-school and respect the roots. Others are all about doing new and effective stuff, etc. etc. As such, I can outline three main directions of Jiu-Jitsu that are currently the most represented. 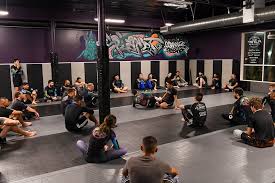 First up we have the old school guys, Like all of Rickson’s students, that are all about Gracie JIu-Jitsu.Whether it is Rickson’s academy or a school led by one of his black belts, the philosophy is more on self-defense and fighting than sport. They do train in the Gi, as that’s a part of the roots, but training is all about being able to defend yourself and beat someone up if need be. As far as representation goes, this type of BJJ schools is the least represented out there. At least when it comes to really honor Gracie Jiu-Jitsu.

Next up, we have the direction in which the majority of people involved in BJJ nowadays are heading. That’s the Gi academy direction, where people train sports BJJ above anything else. There might be glimmers of self-defense training there. Still, most of the work is done with the Gi and with IBJJF rules as the main guideline. Most of the biggest teams out there like Gracie Barra, Alliance, Checkmate, etc. follow this sports Jiu-Jitsu direction in all of their BJJ schools and affiliates.

Last but far from least, there are the people that love going No-Gi. Eddie Bravo’s famed 10th Planet JIu-Jitsu academy. is the perfect example. They go against the grain of both other directions, completely discarding the Gi. Moreover, they’re looking to invent lots of new moves and evolve the art even further.

When it comes to BJJ schools, you can hardly make a mistake by signing up. Okay, there’s one exception. We’ll talk more about that exception a bit later on though. For now, understand that you’ll learn BJJ wherever you decide to train. Whether or not it’ll be a school that’ll fit you for life, or you’ll decide to switch it a few months or years later, you’ll certainly get invaluable knowledge from there. Still, just like with everything else in life, we all tend to have our own distinct styles of BJJ. We all also go through different phases at different times. That’s why different types of BJJ schools exist, to make training easier and more focused.

This is your “standard” BJJ academy that you can find just about anywhere around the world. They tend to have well-equipped facilities, are often affiliated with some of the biggest teams and quite a lot of students of all levels. There’s hardly a better place to really get to know Jiu-Jitsu fundamentals than training in such an academy. These types of BJJ schools offer training for both competitors, recreation athletes, MMA fighters and everyone interested in training. They tend to work according to curriculums and are a type of academy you might decide to stick with for life. 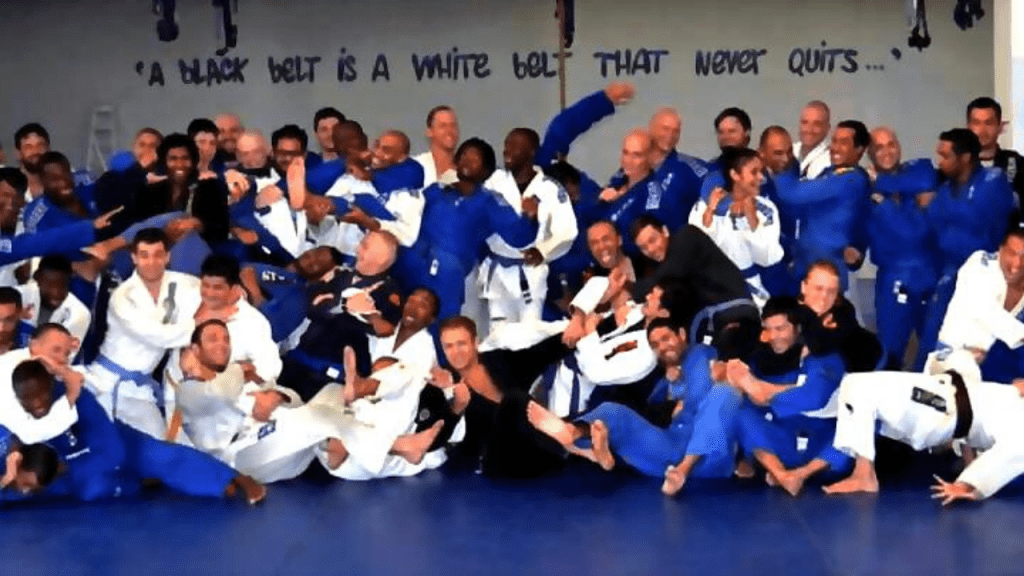 There’s no real standard in deciding whether a certain BJJ school is unorthodox or not. I guess that as long as it doesn’t fall under any category, it can be considered as such. Of course, 10Th Planet Jiu-Jitsu is the first that spurs to mind. They like to name their moves, invents stuff, use other grappling martial arts to discover moves and adopt them to BJJ. They are also very balanced in terms of housing professionals, amateurs, recreational practitioners and every other category of grappler out there. The belt system still applies, albeit you don’t see that many (if any) belts in No-Gi. The best you can hope for there is ranked rashguard.

Oh, and just about every BJJ Globetrotters type of gym out there definitely ranks in the unorthodox and ultra-fun BJJ schools category.

These types of academies might often operate as dual BJJ schools. They offer both a traditional and competitive type of training. That said, their true focus is on developing real monsters in their basements. They then release them to terrorize the grappling world at high-level competition events. Renzo’s blue basement in New York and Galvao’s Atos Team pop right up when we think of competitors’ dens. They are the spots where competitors get not only great technical training but also the opportunity to work on gameplans, strategies, conditioning and everything they need to become world-class. Training is ultra-hard, and getting int such a team will require you to prove you’re up for it. 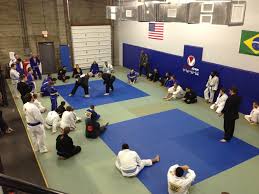 This is probably the most fun type of BJJ school out there, along with the unorthodox ones. These are schools where people are encouraged to work on developing new stuff. To be honest, most of the innovation that ends up working legitimately is done by black belts, but that doesn’t mean that even lower belts do not contribute. Think about the Mendes brothers, or the Miyao brothers, for example. They come from schools where they tend to work on stuff like Berimbolos and then hit the world with them. Keenan is another one who is a huge name in the innovation side of BJJ, Nowadays he even has his own academy to use as a BJJ lab. Oh, and we can’t forget Danaher as well, with his school doubling up as laboratory and competitors’ den.

Finally, let’s talk about that one exception to the rule that you’ll be able to learn Jiu-Jitsu in all types of BJJ schools. That won’t be true if you have the bad luck of ending up ina a McDojo. While such a school might be head by a legitimate black belt (sometimes, even that’s not the case), the goals behind the gym are simple – money. That means you need to pay for everything, and even offer your time to help around for free. All the while you’re not really getting to learn actual grappling in return, Or at least not at the level required. Make sure you know all the signs of such a gym.  Oh, and be sure to run far and fast if you’re near one.

All of the above types of academies are absolutely necessary if we want to both keep the BJJ legacy alive and keep the sport evolving on a constant basis. That said, there are general directions of training Jiu-Jitsu. Within each of them, we can fit different types of BJJ schools. In fact, the same types fit in each of the three main directions of Jiu-Jitsu.

Before we wrap things up, let me open up another can of worms for you. People that come to train at certain academies can change and might want to switch schools. Moreover,  the same can happen to entire BJJ schools as well. Yeah, that’s right. A school that starts off like Gracie Barra might end up being a 10th Planet Jiu-Jitsu gym, and vice versa. So, remember that nothing is set in stone. All the loyalty stuff is often misplaced and taken out of context in JIu-Jitsu. So, pick your school and just shut up and train.