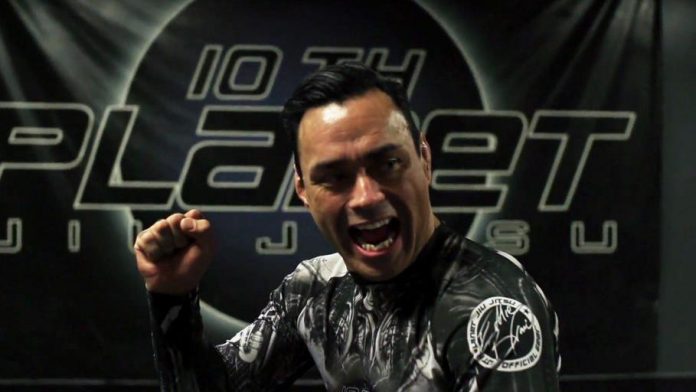 Where there’s innovation, there’s always controversy. People, in general, are unwilling to accept change and innovation straight away. Controversy usually stems from this resistance to change. In those terms, Jiu-Jitsu is no different than any other aspect of life. Despite being a result of the evolution and adaptation of earlier art, BJJ can be very defiant in the face of change. This often comes at a cost, as demonstrated by the case of 10th Planet Jiu-Jitsu.

10th Planet Jiu-Jitsu is a worldwide BJJ organization that focuses on a very distinctive style of Jiu-Jitsu. Namely, they are the original advocates of pure No-Gi Jiu-Jitsu and are in part responsible for the “colorful” rashguard designs associated with modern BJJ. 10th Planet’s eccentric founder Eddie Bravo is definitely a brilliant Jiu-Jitsu character, albeit an eccentric one. But that is part of the charm that lies behind 10th Planet Jiu-Jitsu. The organization does present a bottomless pit of BJJ innovation, that often gets unfairly criticized before it gets recognized.

Eddie Bravo is a Jean Jacques black belt, based out of LA. He spends most of his time teaching at 10th Planet HQ. So far, the organization has 40 plus schools subscribing to its system spread around the world.

Eddie Bravo, or Edgar Cano as is his original name, used to train wrestling before discovering The Gentle Art. He joined Machado’s academy in 1994. Even since his earliest days, he’s been an innovator, a feat encouraged by the unique Jean Jacques. In fact, JJ Machado was forced to innovate along his own Jiu-Jitsu journey, being born with Amniotic Band Syndrome. The renowned coral belt was born without fingers on his left hand, which led to him discovering alternate grips during training. Unable to grip the Gi in a traditional sense, Jean Jacques used hooking motions to great success in order to compensate for his disability.

During his early days, Eddie Bravo managed to pull off a rare wrestling submission he later dubbed “the Twister”. His most notable competitive success to date, though, is his ADCC 2003 victory over Royler Grace. Bravo managed to catch the famed Brazilian in a triangle choke, tapping out a Gracie which was considered near impossible at the time. Even more impressive was the fact that Bravo was a brown belt at the time.

Check out the video of Eddie Bravo vs Royler Gracie at the ADCC 2003.

Encouraged by his teacher Bravo went on to build a style of his own, mostly based on his extraordinary flexibility and open-minded approach. Not every move of his is efficient, but it’s refreshing that he is the first to admit it and work towards improvements. Now, controversy is never far from Bravo who is a die-hard conspiracy theorist. For example, he named his gym “10th Planet Jiu-Jitsu” while claiming the Earth is flat.

10th Planet Jiu-Jitsu has been the subject of condemnation from a large portion of the Gracie family since its inception. Whether because of Bravo’s ADCC victory or the fact that he chose to go exclusively No-Gi, his gym never got truly recognized by the founding family. In turn, much of the BJJ community harbored reservations towards the system in the early days.

Despite a certain “lack of popularity, Bravo managed to push through and build a truly impressive system. He kept going in his desired direction, developing a Jiu-Jitsu style that might not be suited for everyone. Or at least it seems so to the uninitiated. Unorthodox as some of the 10th planet positions might be, they are by no means ineffective. Let’s look at some of the concepts that are applicable to every grappler’s game.

The Rubber Guard is Bravo’s main Jiu-Jitsu lovechild. It is a complex guard system based on Bravo’s remarkable flexibility. Since the early days, the guard system has progressed toward a more general-population-friendly version. Originally, the rubber guard was developed as the ultimate MMA guard. It revolves around having the opponent’s posture broken at all times while exploring one of many attacking options.

The Lockdown is a less demanding position in terms of mobility requirements. It is a half-guard variation that offers enormous control from the bottom. A myriad of sweeps and transitions into unique submissions are available from the lockdown. The ‘Electric Chair” is probably the most famous one. Most recently, Bravo called upon it to Battle Royler Gracie for the second time.

The Twister is not a move invented by Bravo, but he put a lot of time into perfecting it for BJJ purposes. Historically known as “The Wrestler’s Guillotine” Bravo utilizes it as both a spine-twisting submission and a controlling position. Transitions to other positions specific to the 10th Planet Jiu-Jitsu system are also available.

One more in the innovative 10th Planet toolbox, the truck is a lower-body control position. It can be used to access the Twister, the back, or a few submission options involving the legs. A brutal calf slicer is available from the position as demonstrated in MMA matches. The entry is also possible from a whole host of top positions, making it a great halfway stop between top positions and back control.

Now, these are not 10th Planet’s only concepts, but they are the most effective ones. Keep in mind that Eddie Bravo is an artist (a musician) and has the mindset of one. If you are looking for a more cerebral, methodical approach, John Danaher is a better fit for you. If you don’t mind experimentation and the inevitable failures it brings on the road to success then check out 10th Planet.

Another huge step in BJJ innovation is the 10th Planet Jiu-Jitsu Warmup series. In particular, it is a system of drills that go beyond one-step repetitions of techniques. The reasoning behind the system is that BJJ lacks a comprehensive drilling system like standup arts. For example, boxers and kickboxers can practice shadow boxing in order to fine-tune their technique.

The inherent need for a partner in BJJ makes this kind of drilling impossible. However, Bravo’s logic states that working on predetermined scenarios can greatly increase muscle memory in grapplers. Following this train of thought, he developed a system of flow-based scenarios where both partners get to work. He utilizes the system mainly as a warm-up before class, evolving the flows with time.

Finally, the latest !0th Planet Jiu-Jitsu revolution came in one of the most popular tournament formats of today. The Eddie Bravo Invitational or EBI is a professional submission only, No-Gi tournament featuring top-level grapplers. Despite being a platform for advertising his style of Jiu-Jitsu, it offers a great opportunity for grapplers to earn some money competing.

The rules of the tournament are another innovation of Bravo’s, offering original overtime rounds in order to produce a clear winner. There are no draws under the EBI rules. There are no forbidden submissions during an initial 10 minute round. Unless someone taps or naps, overtime rounds take place. In overtime, competitors take turns in position-sparring-like situations, consisting of an armbar position (spiderweb) and back control. The way to win is by submission or the fastest escape time.

EBI’s popularity is constantly growing and the tournament is streamed on UFC Fight Pass. A huge positive is a ruleset that has been accepted by competitions worldwide as one of the top tournament platforms. Much like BJJ itself, 10th Planet keeps evolving and changing for the better as time passes by.