You were once new, remember that? Of course, nobody likes to remember traumatic experiences. Jokes aside, the question of how to go about rolling with the BJJ new guy is a really interesting one. There are several schools of thought and approaches, and they all have their merits and yield results. However, there’s a flaw in the “one approach fits all” kind of thinking. People are different and join BJJ gyms for different reasons. While I agree they all need to get comfortable in the discomfort of rolling, some need a different way of an introduction to our beloved sport. I’ll share my two cents on the subject.

It is always hard to be the new guy/girl anywhere. In Brazilian Jiu-Jitsu, this takes on a whole different dimension. The reason that people walking into Jiu-Jitsu are squirmy at first is down to the nature of the sport. In most other martial arts or combat sports, the immediate contact between people is much more acceptable for newcomers. In Jiu-Jitsu everything is so up close and personal it can be hard to adapt to. Add to that the fact that people are actually grappling with each other and it hard to really make the BJJ new guy comfortable. The question is, how do we go about introducing new people to rolling without, well, scaring them away?

First up, we have to take into account who is walking through that academy door. This is why I say that you can’t really have one kind of approach for everyone. In terms of training, drills, introductory class, and all the other stuff outside of rolling, it is easy to follow a curriculum and use general rules. However, how you roll with the BJJ new guy or girl, should be down to their attitude. How they act is how they should be received, in order to make everything logical, since there’s n way to make rolling pleasant for beginners.

A huge thing to always consider and have into account is a previous training experience. Someone with 10 years of basketball training and someone with a brown belt in Judo is going to have two very different approaches, to begin with. One is used to running with a ball, while the other knows close contact and the feel of a Gi grinding on their face. That’s why it is always great to know someone’s’ background. However, it is far from sufficient to tune your first rolls with new folks up to a level acceptable form them.

So far, there are two basic schools of thought on this particular subject. The first one is to welcome everyone with you’re a game and give them the hardest rolls they’ll ever see in life. This is the sort of “initiation” I had. I can’t say it didn’t work, to be honest, nor that I haven’t done it others myself. Revenge is sweet! The second option out there is literally cuddling people into it, by flowing and giving stuff away until they get used to all the stuff that goes on in rolling. Iн essence, both have their strong and weak sides. Bottom line neither is applicable to everyone, and that’s the most important take away here. 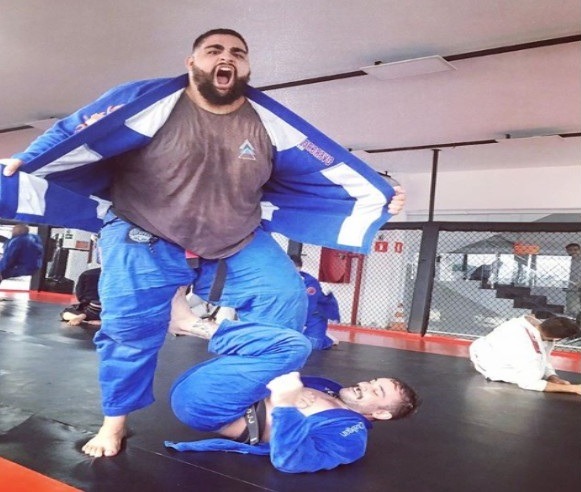 Let’s start with the first approach. You have a BJJ new guy, brand new, walking into the gym for their first training. Whatever happens in class happens, and then you put the speakers on and it is time to roll. You grab them off the bat and start molesting them as hard as possible. In other words, they won’t see the light of day for the duration of the roll, regardless of positions or situations. In most cases, these types of rolls last only about halfway through the regular roll time. The reason is simple –people gass out, and sometimes, they’re even too afraid to go on. But that’s not how everyone feels.

Form time to time a person walks into the academy that is all up for rolling like this. The “go hard or go home” mindset is all they care about, given that they watched UFC and have been weight lifting for years. This is what I meant by gauging someone’s actions and adjusting the rolling intensity to them. If you go and cuddle someone like this, you’ll most likely paint them a wrong picture of the sport. IF you grab them and pull them right into deep waters directly, you’ll do them a favor and give them the experience they thought they’d get. It doesn’t matter that this isn’t BJJ inherently, they’ll figure everything else as they go about training.

This approach is definitely beneficial. It is the “old-school” way of doing things and if you can go through it, you’ll emerge ready for a grappling challenge. It does teach character, I’ll give you that. However, throughout the year, I’ve also seen this approach chase people away before they actually have the chance of really getting to know Jiu-Jitsu. That’s when I started contemplating and attempting a different approach.

A Light Introduction To Submission Cuddling

Of course, instead of trying to scale things back slightly I went to the other end of the spectrum. Instead of welcoming everyone with the “roll from hell” I started trying to flow roll with new people. This was much harder to do what you may think. Most people do typical BJJ new guy stuff – the lock, spaz, try to squeeze stuff for their life, etc. The thing is, it can really be a challenge to flow roll against people with that mindset. 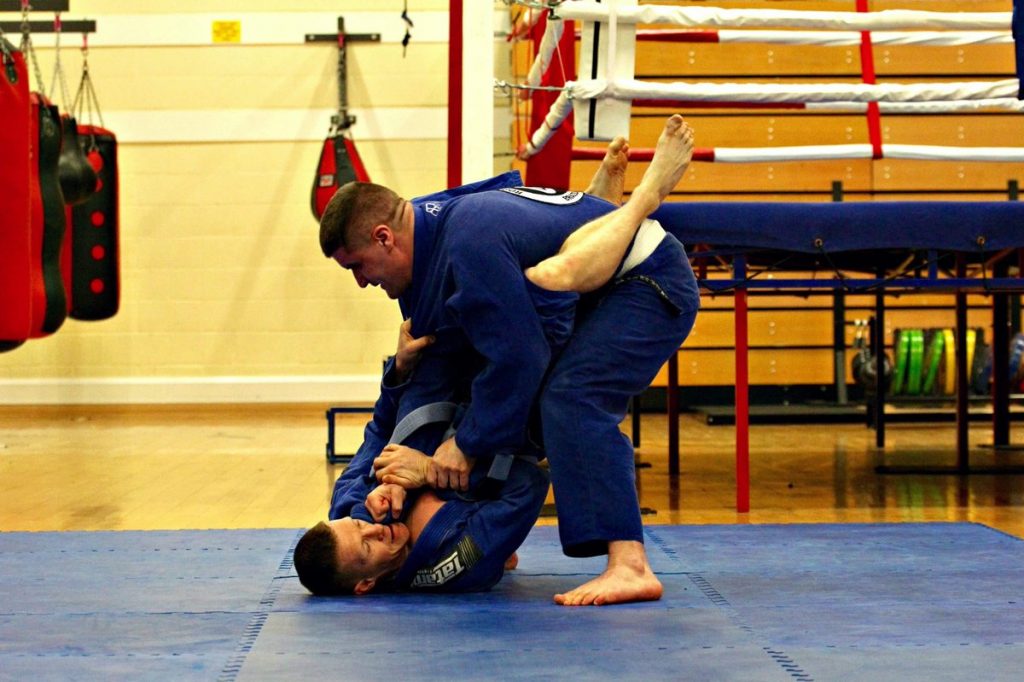 In that sense, rolling light is a very useful tool for learning, as we already know. However, there are certain caveats into allowing people to do everything when you roll. Namely, people might end up thinking they can pull off more stuff than they really can. When you raise the intensity, or they try to roll with someone else, they’ll suddenly see that they find themselves in a confusing situation.

In terms of benefits, rolling like this gives people time. In a roll, those that like to think rather than act in a senseless way will find this type of approach much more understandable than all-out rolling. It will give them time to think about what they need to do and how they need to move.

Both these basic schools of thought on welcoming new people work. However, at the same time, they both have flaws. As I found out through years of experimenting, you can’\t just go all the way with one or the other. Instead, gauge the BJJ new guy or girl you’re about to roll with. Then, start off nice and slow, and keep raising the tempo as you see fit. That way you’ll both give them time to adjust and you can get a better feel of whether they’ll be looking to go hard or not. Of course, constantly adjusting to find the perfect intensity for the right introductory experience varies with everyone. I think it is worth dedicating effort to this as everyone can train JIu-Jitsu, and those first few classes are the most important ones.