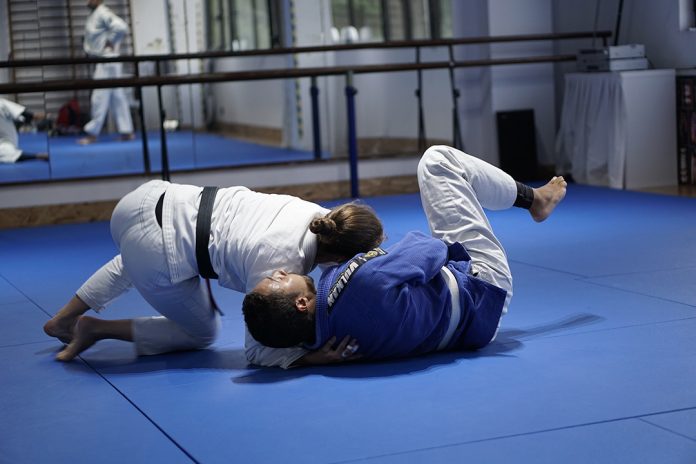 Everyday Porrada is one of those BJJ trends that everyone’s going crazy about. Romula Barral certainly coined a phrase that’s not going away any time soon. From BJJ Gi patches to t-shirts and hashtags, this Brazilian phrase is now a symbol of Brazilian Jiu-Jitsu, as much as the Shakan sign and “Oss” are. And we wouldn’t have it any other way. What does it mean? In short, it means grinding hard every day, with no rest days in between. However, always going hard in BJJ is actually something that’s not possible, nor advisable. Instead, the perfect scenario would be finding a balance between going for the BJJ flow approach, and the Everyday Porrada. Let’s call it the ‘Every other day Porrada”.

If you’re a grappler that’s past 30, you can relate to taking it easy. Okay, if you’re a white belt, not so much, but that time will pass quickly. That said, one thing that’s universally true for older grapplers is that they wish they’d have taken it easier when they were younger. I’m included in that bunch, hands down. Going as hard as possible seems smart at the moment, but is not a strategy for the long run, Moreover, the su=ooner you learn the concept of the BJJ flow, the faster you’re ascension through the Gentle Art is going to be. Still, ti is unrealistic to ask 20-something-year-old competitors to go easy. SO let’s try and find a formula that’ll benefit everyone.

Let’s first place the Everyday Porrada approach opposite the BJJ flow and compare them. For one, let’s say you subscribe to the Marcelo Garcia approach to grappling, Which means that you do your conditioning while you roll. To achieve that you go all out as if every roll is the Mundial finals, and you’re down on points. That said,e this does not excuse injuring opponents or being reckless. It just means that you’re’ rolling with high intensity the entire round, every round. As such, your choice of partners should also reflect your goal, and you should choose like-minded ones at all times.

On the other side of the spectrum is the BJJ flow approach. That’s the “keep it playful” one, where people go as easy as it is possible while you still can learn a lot. That means never really trying to go high intensity, but rather looking for perfect technique and immaculate timing. At the same time, you need to get rid of the “I have to hold positions” approach and let yourself get swept or passed. This is yet another ego killer milestone that you’ll need to reach as a grappler.

The one thing you simply can not do when you train is go one way only. Going all out every time you train is simply unsustainable. Even more so, in fact, if you’re training something else outside the mats too. Also, trying to flow all the time is not going to help much either, as you can get an unrealistic impression of how good you actually are. The secret is finding the balance between the two, and it will all depend on what your ultimate BJJ goals are.

Today, we’re not really going to talk about rolling hard. We’ll leave the Marcelo Garcia approach for another day. Not that it needs a lot of explaining – grab a partner and go all out while keeping it at roll level, as opposed to matching level. That’s about it.

When it comes to the coveted BJJ flow, though, things are much more complicated. It involves letting people get stuff at times, and that’s something that doesn’t come easy. In fact, as much as you might think that it is easier for advanced grapplers, the opposite is true. A white belt is going to accept getting swept much easier than a brown belt, for example. That makes flow rolling quite the task for advanced students, particularly when it comes to doing it with someone at the same, or lower level.

Finding your BJJ flow is one of the hardest things you’ll ever learn in Jiu-Jitsu. Once you do though you’ll be able to take things less seriously, which is huge in this sport. Finding your flow will allow you to get training experiences while still keeping your body healthy. It’s a surefire way of training for longevity. Moreover, there’s no better way of returning from injury than flow rolling yourself into things. On top of it all, it is an invaluable tool when it comes to competition prep. The reason is simple – you learn to be calm and collected when in bad spots. Moreover, you’ll learn how to accept others staking positions and points away from you. And it’ll only make you better.

Let’s spend a little time exploring how you can introduce BJ Jflwo rolling into your schedule. First things first, you’ll need a like-minded partner or you’re going to fail miserably. There’s nothing worse than going for a BJJ flow roll and ending up with a partner that’s going all out. So, partner selection comes first. 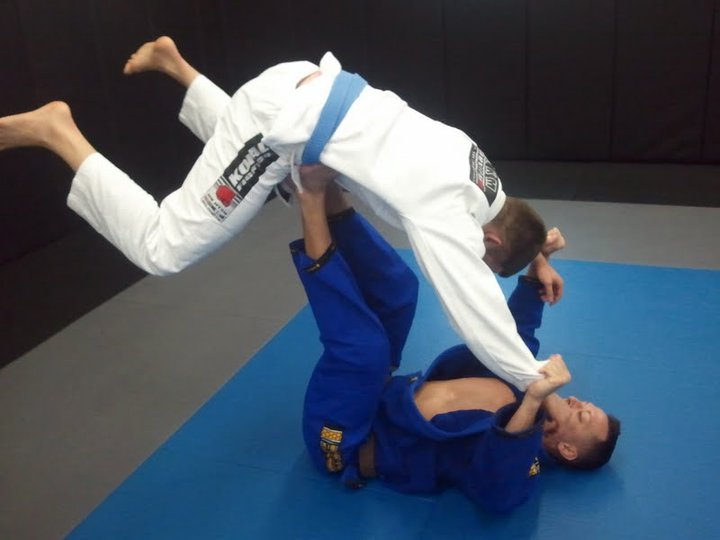 Once you agree on that you need to choose where you start. That said, avoid takedown training as there’s no real safe way of doing that in a slow and controlled manner. So, the starting point will be a specific position or form of the knees. The basic idea is that you relax completely and use no muscle power whatsoever when doing things. A great way to ensure you remain relaxed is to keep smiling all the time. It relaxes your jaw muscles and eases tension in your entire body.

The main focus of slow-rolling should be transitioning. It is not about holding positions but rather ending up in them in an optimal spot to submit or move on. And you do just that. However, it is best if you simply catch and release submissions in order to remain inflow. BJJ flow rolling is the best way to put ourselves in difficult spots and learn how to get out. It is also an irreplaceable tool in figuring out your opponents’ reactions, reaction time, and how they move their weight. Plus you get to go through just about any position available in just a single roll, as you never stop moving. The perfect learning tool to get you ready for the next level.

How do you approach BJJ flow rolling when you need to balance it out with hard training? It is simple. The “Every other day Porrada” approach, means you cycle them both. You can be literal about it and cycle them every other training session. Or, you could go half rolling rounds hard, and then flow. You could even alternate rounds (along with partners) in the same session. That one is what works best for me, but you can give all of them a try. Just remember, going slow is just as important, if not more, as going hard. So, keep ti playful, and go for a BJJ flow roll or two. You’ll love it!