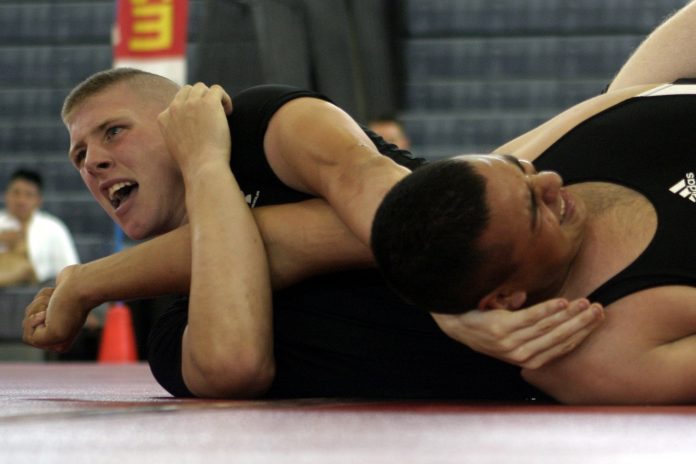 Essentially, catch wrestling is the first submission only system out there. Catch wrestling is old, with roots in 1900 Great Britain. It was a way to pass the time without getting injured for miners and dock workers. This was then taken up by sailors, who kept collecting moves from around the world to add to the art. “Catch as a catch can” is the original name, which is basically another way of saying catch the other guy in a submission any way you can. Catch wrestling then went to America where people were mostly using it I carnivals and fair. As it matured, it turned into a real-life sport, although Folkstyle and even Olympic wrestling, which stem from Catch became far more popular. Needless to say, catch wrestling submission are now making their way into submission grappling sports, including JIu-Jitsu.

IN America, catch wrestling was part of the athletic shows at carnivals. The idea was to get locals to try their luck against a “strongman” and win some cash. Preparing to battle just about anybody, catch wrestlers started perfecting ways in which they can end a match decisively as early as possible. In other words, the came up with a barrage of catch wrestling submissions. As carnivals traveled they kept adding and adding to the arsenal of painful moves that define catch wrestling to this day. You won’t believe how many moves and variations there are when it comes to arm locks, leg locks, and spinal cranks. In fact, a lot of the moves in catch wrestling have roots in Irish Collar and Elbow wrestling.

In catch wrestling, you can win by pin or submission. All the while, in BJJ, the pin part is different. Although the are pins, you only get points for them.  In terms of winning by submission, it comes down to what you can use, rather than how. For starters, cath wrestling shied away from chokes, which were some times even banned. On the contrary, leg locks were the primary goal. The full nelson is one example of catch wresting submissions that are today used scarcely at best. Apart from outright choking someone, tough, anything was allowed in catch wrestling.

In that sense, there’s a key distinction between BJJ and catch wrestling submissions. In catch, people usually go for the submission immediately, whereas in Jiu-Jitsu it is all about position and control first. There’s not a lot of time spent positioning in Catch, as the goal is for the submission to come on painfully, quickly and out of nowhere. Most “flash” submissions that we use today can, in fact, be traced back to catch wrestling. However, that’s far from the extent of it and there are plenty of other that we never see in BJJ.

Catch wrestling submissions are all quite brutal and painful. That’s pretty much the only criteria. Or at least it was back when they were fighting in carnivals. Today, particularly in BJJ setting you need a bit more finesse. Htat doesn’t mean catch wrestling submissions do not work. Quite the contrary. It just takes an inventive approach in order to get a lot of taps. Believe me, they work against anyone, regardless of blet level, Gi or No-Gi. In essence, the best way to look at them is as supplemental submissions.

In 10th Planet Jiu-Jitsu lingua, this is known as the Dan Severn. It is easy to figure out who it was named after. For the original, you just crank on the nack from a back mount. Make sure you make the distinction between the back mount and back control. In bac mount, the opponent is belly down and falt on the ground. It is easy to crank the neck from there in many ways. The “Dan Severn” is one. However, there’s a much more painful catch relating move from there. First up, you need to have one hook only. Form back control, get one hook out and do a hip bump and you’ll land right there, without too much fuss. For the submission, you need a grip around the head. Think of a rear-naked choke. Instead of threading the palm over the shoulder, you go around it that’s it.

Now comes the best part. Instead of pulling or struggling, you simply place the forearm of the other arm over the one that’s inside. Simple pressure forward will result in the ultimate neck crank.

There are also options when it comes to side control. In fact, there are plenty given that this is one of the favorite pin positions in wrestling. Catch only introduces a bunch of crazy subs to make it even more difficult for whoever is on the bottom. For example, when  Kimura is not working, you can transition to a quick and painful one. Release the figure four, control the forearm with the inside arm, and sneak the other one under. In essence, you go in a similar position to the one before, only trapping an arm. Form there, you shift towards north-south and no amounts of Gi or belt grabbing will prevent the Kimura.

Another option that is a favorite of mine is the full nelson we talked about, This one is actually always there, and only subject to rule sets. To set it up, form a basic side control position, keep the near side arm trapped. This is key. With the arm that’s under the head, you aim to establish a deep grip inside the armpit, entering from the top. A simple pull of that elbow will get the opponent into the Nelson. Some will tap there, but for those that don’t, step the leg in the armpit, with the shin behind the head. Nobody will resist that neck crank.

One of the best ever spots for a leg lock along with a submission to follow comes from catch wrestling. When you find yourself in a staple pass position, you simply need to switch your shin to the calf of the opponent. That’ll give you an angle to hit a real quick and ultra-painful foot lock simply by pulling the toes of the trapped foot upwards. I particularly enjoy this one. 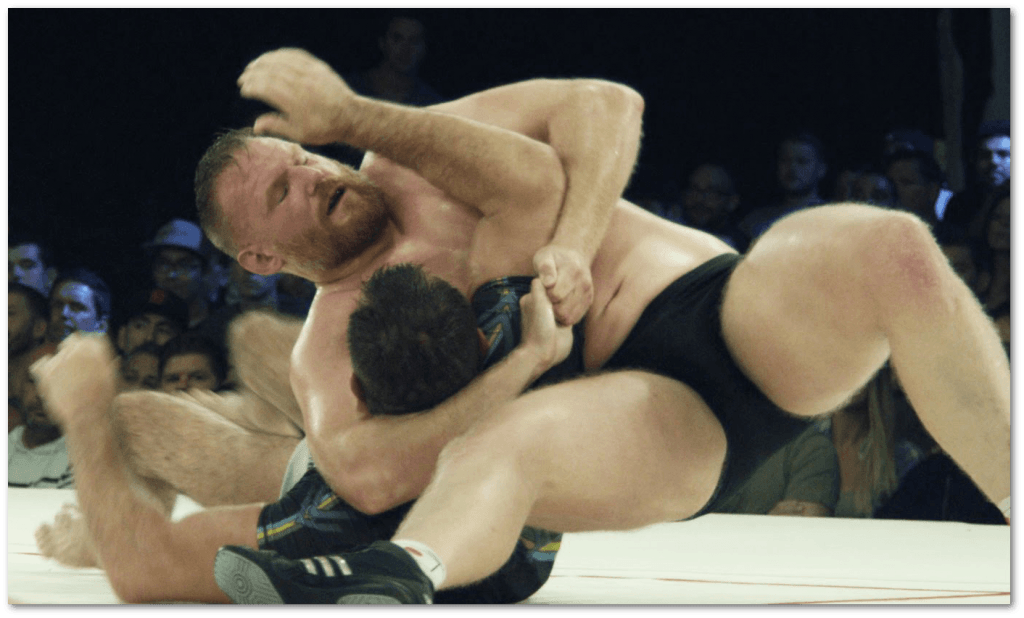 One of the craziest catch wrestling submissions ever stats from the mount and ends in the cradle. When hunting for an Americana from middle mount isn’t going your way, a top option is to switch the arm to the other side and place pressure on the elbow, like for a gift wrap. However, you sink in a submission directly, by grabbing the head and slapping on a tight figure four, like for a rear-naked choke. There’s a neck crank there, but what you want is to dismount for next level pressure that involves a choke and a crank. And if you need more leverage, there’s more. Get one arm out of the figure four and underhook the thigh of the opponent’s top leg. In other words, go for a cradle. Now you have all the elements for one of the nastiest crank/choke/stretch submissions in existence!

Catch wrestling submissions are my favorite ways of breaking through resistance and catching people off-guard. Plus, exploring them will teach you lots of details about “every day” submissions as well, like leg locks and bent arm locks. They come in quite handy, particularly when you’re working with masters of escapes, or people who are higher level than you. Plus, it is a never-ending source of opportunities to add to your game.