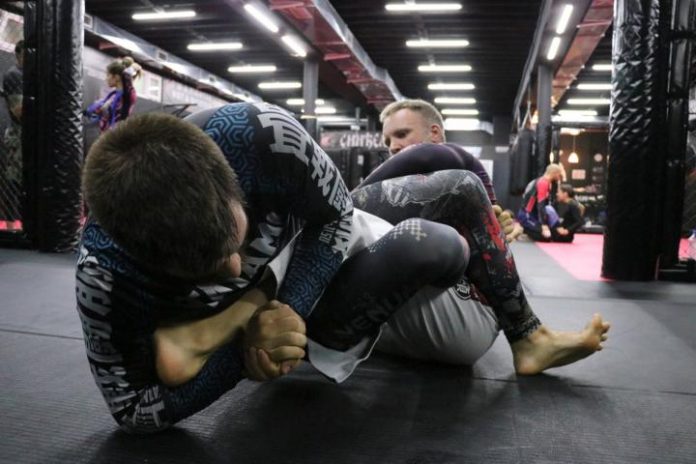 If you’ve never been manhandled by a BJJ mat enforcer, whether it is one from your gym or an academy you’re visiting, then you’re probably one yourself! This is the way! Every BJJ gym has a mat enforcer, and to be honest, they are just as integral in the Jiu-Jitsu eco-system as coaches, students and everyone else is. BJJ mat enforcers help keep things in balance and are often used by coaches to prove a point, even though it sometimes means they have to suffer for the rest of class you understand something.

I have no idea whether being a BJJ mat enforcer is more fun or facing one is. In any case, they make JIu-jitsu even more interesting, Of course, every now and again you’ll run into the one enforcer that will make you hate your life, BJJ, and everything else, but that’s just the way things go. Speaking of mat enforcers, who did the entire concept came to be in BJJ, and how do you become one (if that’s what you’re’ interested in)?

What Is A BJJ Mat Enforcer?

A BJJ Mat enforcer is not something that is officially recognized the way the role of a coach or professor is. However, it is something that everyone in a gym openly accepts. Moreover, the doesn’t have to be just one enforcer per gym or gym class.

Basically, the BJJ mat enforcer is the person that has the task of looking out for discipline. They won’t do it in a way a coach would, talking to people, giving examples, and the likes. Their job is much more hands-on. They grab a person and teach them a lesson in behaving, BJJ-way. IN other words, a mat enforcer wil completely dominate someone with pressure, submissions, torturous moves, etc, proving a point the hard way.

Mostly, mat enforcers deal with new people, especially those entering a gym looking for challenges. You know the type, it’s the “I train UFC Bro” kind of person that claims to have an impressive number of street fights under their belt. These are exactly the folks that need to get humbled by someone that is not a black belt, nor is running the class/gym. this just gives more credit to the effectiveness of Jiu-Jitsu and proves a much better point. Even more so when the enforcer is a girl.

Why Every Gym Needs A BJJ Mat Enforcer?

SImple – every BJJ academy needs a “bad cop”. I other words, there’ no better crowd control in a grappling academy than a BJJ mat enforcer. Someone is acting too aggressively from the moment they enter? Pair them with the enforcer. Someone is overly aggressive in rolling with others or trying to use stuff that are not allowed or considered dangerous? Launch the enforcer!

Secondly, there won’t e any mat bullies in an academy where one or two people actually have a “license to bully”. When bullying is legal, and there are people authorized to use it in a way that helps with discipline, it will actually prevent others from becoming bullies, because acting like that will just earn you a roll to two with the enforcer.

The best part about a BJJ mat enforcer’s “job” is that they don’t have to submit and smash people all the time. it is enough to show folks that whatever it is they are attempting won’t work when the person you’re grasping against has skills, patience and tactics. And perhaps a hidden mean streak.

How to Spot A Mat Enforcer?

That’s easy. they won’t’ be big, they won’t act like they own the place and they’ll be purple belt and above. In fact, they’ll probably be the nerdiest looking higher belt in the room. If you’re unsure about whether or not someone is a mat enforcer, watch them roll. If the instructor points them to someone from the get-go, then it means they’re the go-to girl/guy to look out for discipline o the mats in a non-verbal way.

The curious thing is that a BJJ mat enforcer won’t always roll the same. When they have the job to do, all bets are off, but otherwise, they like having fun too. So, spotting one might just be hard in a packed gym where people are behaving. However, the ac that everyone is rolling ina cool and respectful manner just means there’s at least one BJJ mat enforcer in that gym that knows who to do their job.

Who is best suited for being a BJ Jamt enforcer? According to me, girls. They not only have the necessary skills to humble both male and female training partners but also have an aggressive streak that makes them perfect for the role. Prove me wrong.

How do you become a BJJ mat enforcer? Well, that’s not easy. First of all, it is hard to be one if you’re anything lower than a purple belt. Even then, brown/black belt enforcers are the ones that can really handle everyone that shows up on the mats.

IF you want to become one, that competing is something you’ll have to do and do it often. Getting used to the rigors of the competition will make you impervious to other people’s aggressiveness and accidental panic moves that usually end up stopping gym rolls. In other words, it will toughen you up so you do not stop unless you decide it is necessary, or you get a tap. 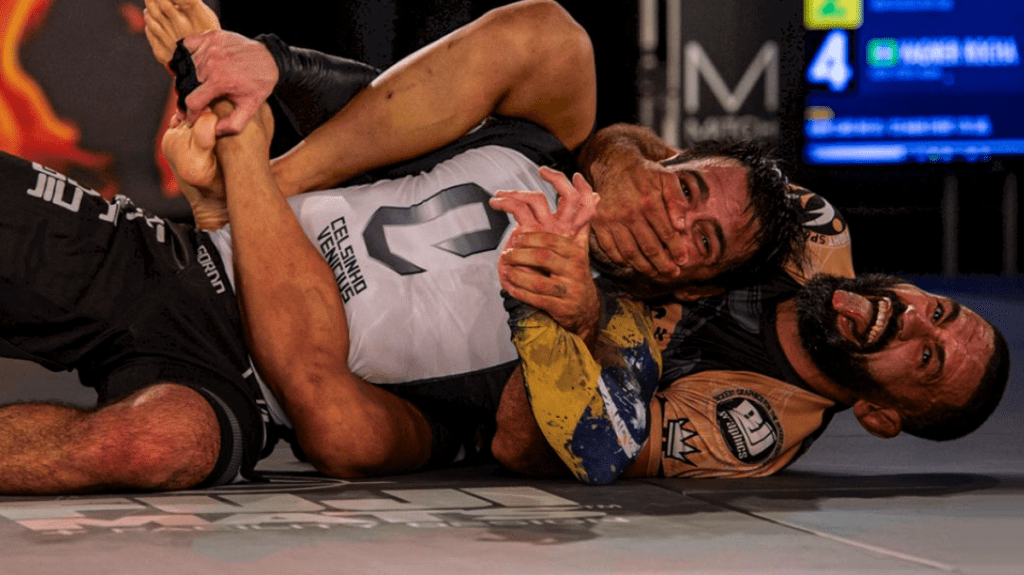 Secondly, you’ll need a BJJ mat enforcer gameplan. Of course, you can do your own stuff, but there are certain things you can’t do without, given that you have no idea what size or skill level people you’ll run into.

For starters, you need to have a guard that people can’t pass. There’s hardly anything that will frustrate someone as not being able to pass a smaller and weaker person’s guard. Next, you’ll need to figure out how to be heavy and learn about all those painful spots you need to project your weight into. A few Jedi Mind tricks, some unusual submissions, and a strong choke and leg locking game are also key tools of the Bjj mat enforcer trade.

The Mat Enforcers’ Side Of The Story

Finally, let’s talk about how mat enforcers feel for a bit there. Everyone sees them as the person with a license to bully, but even they don’t feel like smashing people all the time. While it is fun, I must admit, being a mat enforcer and proving that people can’t do nearly as much as they’ve hoped, there are two things that enforcers also need to do – watch out for injuries and work on their own BJJ game and progress.

Constantly being a mat enforcer is like constantly drilling a competition game plan – you’ll be excellent at it, but it won’t leave much space for experimentation and growth. moreover, if you have an injury and are on enforcer duty, you’ll have to be twice as careful as usual. After all, when you need to teach that lesson you love to teach, you’ll most likely be facing someone that’ll spaz, explode, and go all out, even if it is for just a couple of minutes.

Bottom line, mat enforcers are people too, and they also need a break from time to time. it is mart for coaches to rotate enforcers, and it is also advisable for enforcers to be extra friendly during every other exchange outside of rolling. But, then again, they usually are.

All in all, modern Brazilian Jiu-Jitsu is hardly imaginable without a BJJ mat enforcer. There’s just too many people and too many different characters for coaches to cope with verbally SInce everyone expects coaches to smash people anyway, having someone that doesn’t look like they can do much play around with people just makes BJJ more interesting to everyone. In other words, there’s a reason why enforcers get the license to e mat bullies. It works.