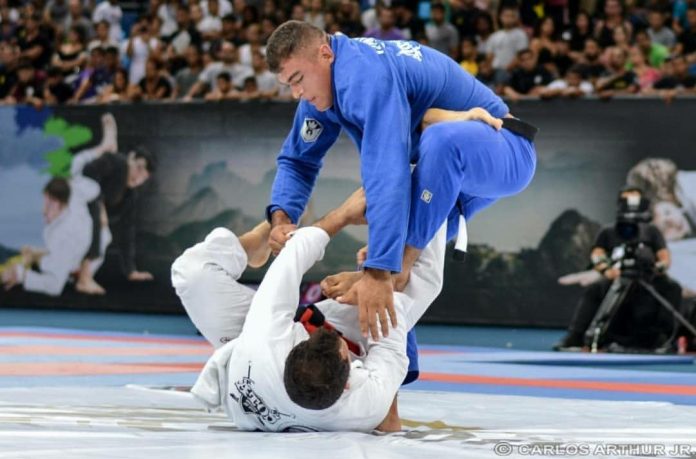 Are you aggressive in BJJ? If so, how do you know if you’re aggressive enough, or you’re well over the line of being a spaz? Being aggressive in BJJ can certainly be a trait, but it needs to be micromanaged at a very high level. If you are a competitor, you simply cannot do without the aggressiveness factor. Very often, the person that goes for it with more vigor ends up winning a match, especially when technical and tactical skills are evenly matched. That said, there are plenty of aspects to aggression and Jiu-Jitsu, and today we’ll explore a few different ones.

Your level of aggression in BJJ is something that changes over time, going back and forth. Sometimes, it’s training partners. Other times, it’s a bad day. In competition, you might end up surprised at how much you actually lack aggressiveness. In any case, there’s a place and a way to be aggressive in BJJ. That also means there are plenty of situations where you need to dial it down. Moreover, there are always going to be those that are more aggressive than you, and you’ll need to know how to deal with them. Finally, if you’re an aggressive person in everyday life, grappling might just be the best anger management therapy you can find.

Contents hide
How To Be More Aggressive In BJJ?
Does BJJ Help With Aggression?
How To Deal With Overly Aggressive People BJJ?
In Summary

How To Be More Aggressive In BJJ?

First of all, remember that you can always end up being too aggressive in BJJ, whether it is training or even a match. That said, in training, the line is easy to cross. The thing is, you need to know how and when to be aggressive in BJJ, as that ‘is also a piece of the puzzle we call Brazilian Jiu-Jitsu. Similarly to using strength and explosiveness along with technique and tactics, you need to also blend in aggression. After all, you are fighting, right? 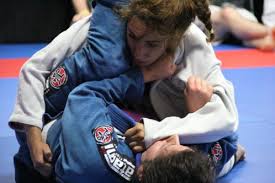 One thing to completely forget is hesitation. If you stop hesitating and just go for whatever it is you’re thinking (or feeling) you should do, you’ll not just come off as more aggressive, but actually be aggressive. Three’s no time to overthink stuff, regardless of how chess-like some people like to portray BJJ. Simply go for things and you’ll notice that you actually start getting more of them to work.

That said, doing things just for the sake of doing them, without any context is when you earn the label of being the Academy’s spaz. So, do not hesitate, but don’t just go about doing things just so you don’t sit still. Being aggressive in BJJ means going for stuff but within the bounds of technique and tactics. Otherwise, you’ll be the one that suffers.

A great way to practice your BJJ aggression is during drills. This s when you can go all out, given that you’re training a very specific move under very specific circumstances with a willing partner. Just do your reps and after a while, that aggressiveness will get drilled into you and you’ll easily apply just the right amount when you need it.

Does BJJ Help With Aggression?

If you have a short fuse and you want to do something about it, BJJ is one of your best bets. I’m no psychologist, but those people that end up being constantly angry and aggressive usually have plenty of things that trigger them. In everyday life, such aggressive outbursts might (and usually do) go without responses in plenty of situations. In Jiu-Jitsu, though, this won’t go unchecked.

For starters, you’ll get humbled every training session, for the rest of your life. Grown and angry men and women quickly discover that mindless aggression won’t get them far in a sport where someone much smaller and calmer than you can beat you. But that’s far from the end of it.

You know that feeling after training of calmness and happiness? Well, that one is universal for us all. After going in several hard-fought battles, you don’t have much aggression left to argue with people while driving or for other mundane things.

Last but not least, for those people that still tend to be aggressive, training aggression in BJJ will teach them how to channel it correctly. Instead of mindlessly going into outbursts they’ll be much more precise and effective with it. Because, let’s face it, just like in BJJ, sometimes you do need a bit of aggression to solve things.

How To Deal With Overly Aggressive People BJJ?

This is another aspect of the game that has to do with training. Every gym has at least one spazzy person at any given time. Surprisingly enough, those tend to be purple belts a bit more than white belts, contrary to popular belief. There’s no rule though, as everyone, regardless of belt can act overly aggressive during rolls. The important thing to remember is that you shouldn’t take it personally, because it is usually just a phase. 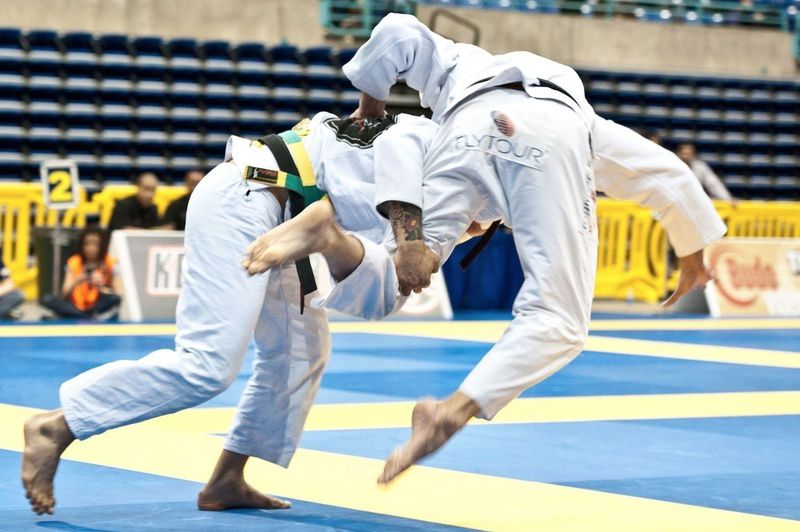 That said, the biggest thing you can do with someone whose overly aggressive in BJJ rolls is to say you’re not interested in rolling. You have the right to say that to anyone, without any worries for repercussions or the likes. Alternately, you could always try and talk to the person, explaining that their style is a bit too aggressive for you, and you’re not interested in that type of rolling at the moment.

There’s also another strategy that’s highly important to people that are injured. If your partner is overly aggressive and doesn’t really listen to you when you talk, just tap. And by tap, I mean tap a lot to everything that makes you uncomfortable. Did they get close to an armbar? Tap. Did they put lots of pressure on you in a wild way? Tap. Do they move in a way that makes you feel unsafe? Tap. They’ll e annoyed, but at least you’ll be safe, and there is a lesson in there for the partner who is too aggressive in BJJ as well. After all, it will pass, and they won’t stay like that forever.

Be aggressive in BJJ, but be so with a purpose. Just doing stuff because you don’t want to stand still won’t really help you accomplish too much in Jiu-Jitsu. More times than not, it is about the reaction you don’t have, rather than the one you have. However, aggression is a very useful trait of human character, and you do need it in any type of combat sport. As long as you can control and unleash it with perfect timing, it is just another weapon in your arsenal.