Open guards are the one area where BJJ is light years ahead of any other grappling martial art. In the beginning, BJJ was defined by the ability of someone to fight off their backs. Back then, the closed guard reigned supreme as the position to beat for everyone else. That was not easy at all, given that people had never seen anyone fighting and winning from their back. Later on, the closed guard evolved into countless open guards that now rule the sport, at least when it comes to offensive bottom positions. You can’t learn every open guard variation out there,  but you can figure out the general BJJ theory that makes them all effective in the first place.

Digging deep into Brazilian Jiu-JItsu, going past techniques, and even concepts are where we will all end up at one point. As you near the black belt level, you start wondering about things. Well, my take is that you can teach people how to start thinking this way earlier, even as complete beginners. When it comes to open guards there’s an underlying general BJJ theory of guard that really does explain everything there is about them. Learn that, and you’ll be able to think on your own about what you’re doing from any open guard. In fact, you might even come up with a guard or two of your own.

When it comes to the guard you have to understand one important thing: it is primarily a defensive position. Yes, you can attack, and we’ll get into the directions of attack later on. However, you need to stay in guard in order to attack, which makes retaining guard the most important quality of any open guard out there. Conversely, guard retention is the first thing that you need to understand in terms of the general BJJ theory of open guards.

Think of your guard as a fortress. You’ve seen fortresses and castles. They have huge walls, they have water channels surrounding them, and even a few alligators here and there. Plus, they have strategically placed canons. The goal is to have a canon protecting each wall so that when people attack the wall, you can start your offensive. In an open guard, you have to build and protect this wall more than anything else when you play from your back. Instead of just trying to sweep and submit someone with force and movement, you need to make them try and break down your fortress walls in a way that leads them towards the spot where you’ve placed your canon (open guard attacks). or your alligators, depending on your preferences. 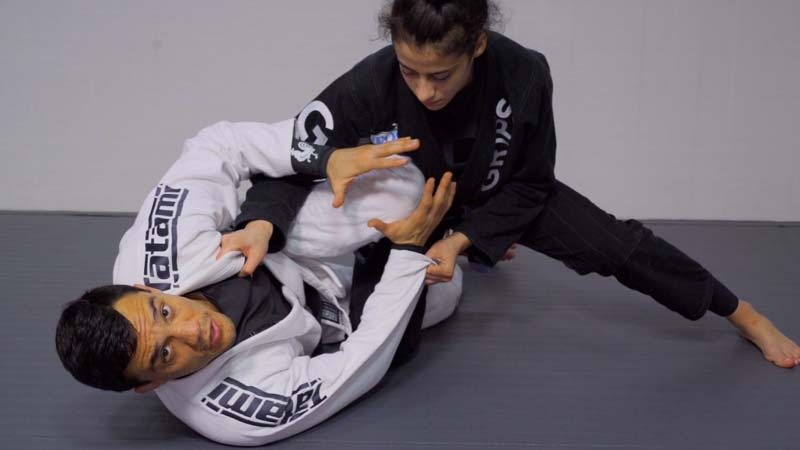 If you do not build an impassable guard, you only end up with a fortress made out of nothing but canons. You can shoot sweeps and submissions as much as you want, but the moment someone manages to jump over your canons, your guard is done.  This is something I heard from Christian Graugart originally, and it really stuck with me.

The bottom line of the general BJJ theory is this: have a guard nobody can pass. This is the prerequisite for becoming proficient in any open guard out there. The way to go is simple – focus on not letting the top person place any body part in the region between your knees and your chest. That’s it If you can protect that space, you have a good open guard, and you can start thinking about adding a canon or two to the fortress.

General BJJ Theory: The Structure Of All Open Guards

This part of the general BJJ theory of open guards really changed my game. it took months of analyzing guards for it to “dawn” on me, but when it did, everything became simple. The notion behind it is that all open guards have a common underlying structure that allows them to be effective. I came up with it when I was looking into passing and wanted to know what makes open guards “tick”.

Every open guard you’ll play, from the basic open hook guard to a De la Riva, worm guard, or even the seated guard, has one thing in common – the role of the legs. In each open guard, there’s a leg that has a defensive role, and a leg that has an offensive one. The leg with defensive duties is also the leg that is static – I call it the hooking leg. In De La Riva it is the leg that hooks behind the knee. In 50/50, it is the leg that is inside the guard. Furthermore, in the spider guard, it is the bent leg. I could go on and on, but if you take a look at any open guard you’ll notice there is one leg hooking or keeping you “stuck” to your opponent in another way.

The other leg is the “free leg”. It is the leg that has the task of making things happen. In that sense, it can help the hooking leg in guard retention,. either directly or by providing a driving force when placed on the ground. In an attacking manner (which is its primary use) it is the leg that takes away balance, making attacking options (sweeps and submissions) possible and credible.

Think about any open guard out there and you’ll notice that this structure applies to all of them. it is the general BJJ theory of guards that will change your game forever.

Once you know what the guard’s purpose is (stay in it as long as you want) and you understand the structure that allows you to achieve it (hooking leg and free leg) you are ready to start exploring attacks. And attacks, as versatile as they might fall in one of two possible categories: sweep or submit. 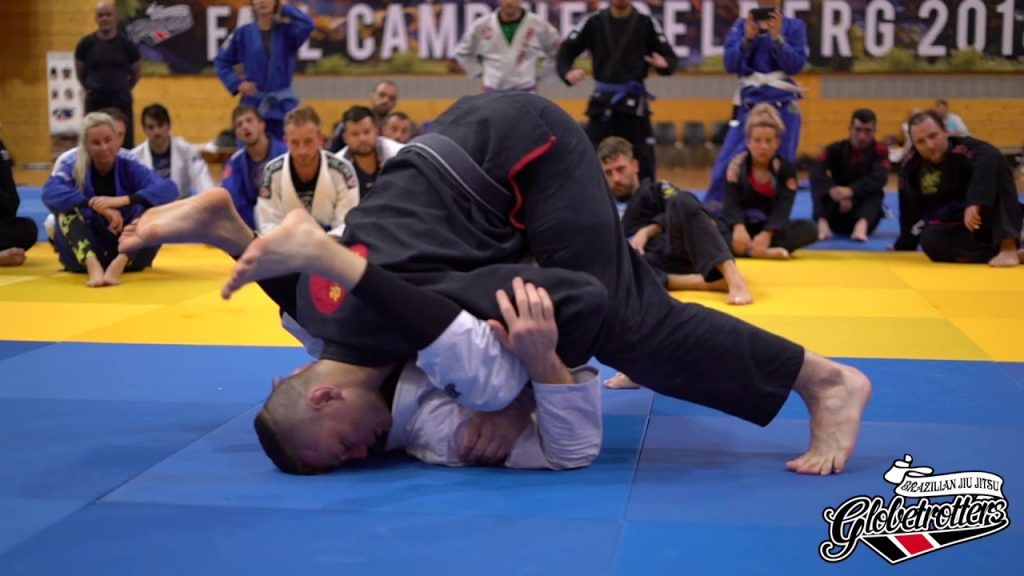 There’s a reason why there are no points for any guard position out there. Every time you’re on your back, you can’t advance. So, to get points, you need to get on top. The way you do it is by sweeping someone, which, by the way, will earn you points in itself. Only when coming out on top can you start playing an offensive game that collects points.

The alternative would be submissions. Finishing someone is the main goal of everything we do in BJJ anyway. However, when attacking with submissions from the guard, I try and teach people to always look for the top position. Get a submission (an armbar, for example) from the bottom, but use it to get a top position and finish from there. In that case, you have a fail-safe – if the submission doesn’t work, you won’t get your guard passed but have a dominant top position to fall back to.

All in all, playing any open guard can be easy when you understand the general BJJ theory that makes them effective in the first place. Try and recognize the marking of this theory next time you roll, and you’ll see that it will simplify any guard position for you.

The general BJJ theory of open guards goes like this: have a guard that nobody can pass first and foremost. To do that, understand how open guards work – they have a hooking leg, that has defensive duties, and a free leg, that has offensive duties. Knowing when to use each will determine how successful you are with your guard. Finally, make sure that every time you attack, you aim to get top position, even when you’re hunting for submissions.

BJJ World - March 10, 2021 0
Wrestling is one of the oldest forms of the competitive battle for humans that allows for real exchanges without the potential for damage. This...