It’s not a secret that Alistair Overeem enjoys his stay in Croatia as he’s coming to Croatia almost every year.

This year he’s spending his days in the city of Split wherefrom he took the ferry to the island of Brac. He went there with around twenty of his friends.

They rented buggies and toured the hidden areas of the island of Brac looking for an adventure.

Among other things, Alistair and his friends visited Vidova Gora from where there is a beautiful view of Bol, and the beach Zlatni Rat, the Croatian pearl of nature and tourism. Overeem did not hide his enthusiasm for the scene. 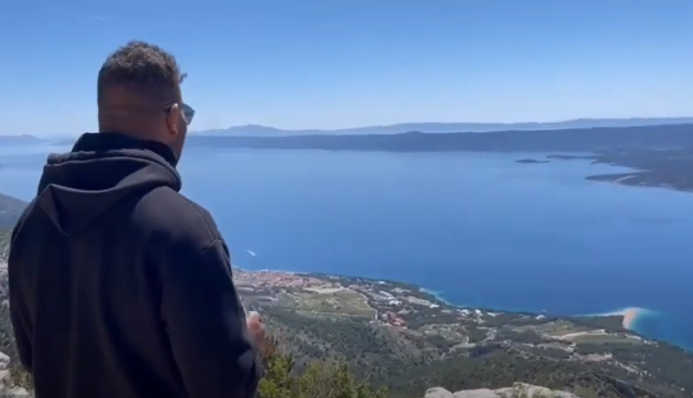 “It is difficult to be a champion in Croatia with this kind of food, climate, and beauty.” – Alistair Overeem Stated

In the video below we can see Alistair Overeem enjoying his trip but also running and trying to catch sheep.