Female Brazilian Jiu-Jitsu Black Belt was challenged by a much larger man in her dojo. What actually happened was that she showed this man why grappling martial arts are one of the best for subduing much larger opponents or attackers.

We can find out from this video that before they were filming she choked him for three times.

Jack said that he took this video to show everybody what the actual purpose would be behind the dangerous Damsel’s program. And we find this video to show how BJJ and grappling martial arts are effective. Effective in the way that it doesn’t matter how much smaller you are than your opponent. All it counts is your technique advantage.

You can also check BJJ Female vs Muay Thai Instructor in an MMA fight: 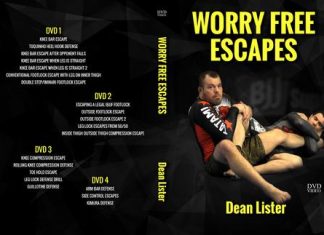 0
A couple of days ago John Danaher came out with he announced that he is finally releasing a DVD series. Every self-proclaimed leg locker...