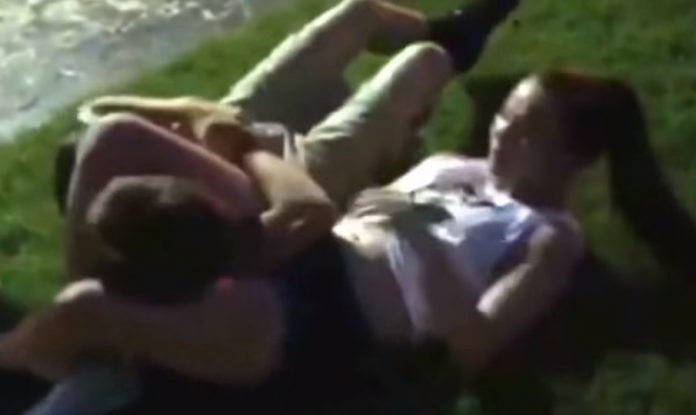 The name of a girl grappler in this video is Riley Breedlove. She’s 16 yr old and a member of Megaton Competition Team Brazilian Jiu-Jitsu. Young Riley started training Jiu-Jitsu 9 years ago when she went to BJJ class with his brother. Since then she’s competing and she has medals from all major tournaments. 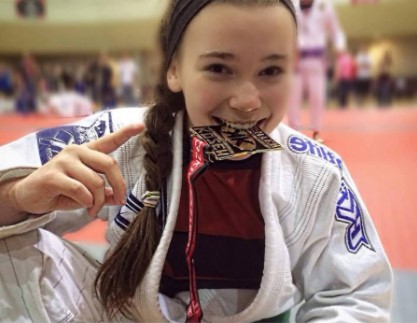 What we can see in this video is Riley Breedlove submitting young wrestlers in the park and that happened because young wrestlers saw her videos and asked her for a friendly skirmish. As we can see she managed to defeat all of them using her BJJ skills. She’s also a BJJ blue belt and who’s still training and competing in Brazilian Jiu-Jitsu.

If you’re interested in how effective Brazilian Jiu-Jitsu can be for women even in a real fight check the video below. This BJJ girl is fighting a Muay Thai instructor and she managed to defeat him without any major problems.

Every woman should train Jiu-Jitsu and here is why:

5 Reasons Why Women Should Train Jiu-Jitsu