In the world of martial arts, there are two dominant categories created by the area in which a match takes place. The two areas are on the feet and on the ground. In order to make this distinction even easier, the manner of fighting decides the category of an art. In those terms, there can be striking martial arts and grappling martial arts. Of course, with MMA we see a very successful blend of the aforementioned. However, if we focus precisely on one of these categories, could we determine the most dominant art of the bunch?

In fact, let’s give the striking arts a recognition before we shelf them in anticipation of their own article. Every art that consists of punching and kicking while at a distance can be considered a striking martial art. Karate, Boxing, Muay Thai, Taekwondo, Savate etc, are among the top representatives of the category.

On the other hand, we have a huge selection of grappling martial arts,  based on the principles of control and leverage. Let’s focus solely on this category for now, in an attempt to see which one (if any) has the upper hand over the others.

First and foremost, it is important to clearly define the term grappling. A good definition of grappling is that it represents a style of martial arts comprised of close quarters, control and grabbing based combat. Furthermore, grappling’s main focus is domination via leverage and angling both on the feet and on the ground. In both scenarios, the lack of striking is notable. The close proximity of fighters engaged in grappling, as well as the manner in which they utilize their limbs, makes striking redundant. Or, at the very least, effective striking.

With grappling art, the emphasis is on controlling an opponent as thoroughly as possible. The ground is the best area to do so, providing an immovable platform upon which pressure can be applied. In order to achieve ground control, one has to take the fight there in the first place. By the same token, in order to get the fight to the ground, one has to achieve a certain amount of control while standing. This demonstrates that grappling arts are focused on attaining control standing, getting the fight to the ground and domination when grounded.

As close as one art comes to encompassing all these defining traits of grappling, there’s no single art that does so to great effect. Grappling martial arts are numerous and almost impossible to account for in entirety. Instead, we’re going to present the most prevalent and effective ones, in their respective areas of grappling. Afterward, feel free to make your choice (or multiple ones). 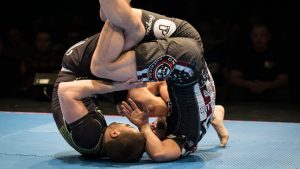 Arguably the oldest of the martial arts, Jiu-Jitsu has been subject to evolution since it’s conception. Attributed to the Buddhist Indian monks, the art was refined in Japan. For centuries, it was the samurai’s choice of unarmed combat. Given the fact that striking was largely unsuccessful against armor, grappling became the prominent fighting style amongst the famed Japanese warriors. Later on, the art gave birth to Judo, which is going to be covered in more detail further along.

Probably the most important evolution, and arguably the most complete grappling style ever, originates from Jiu-Jitsu. Brazilian Jiu-Jitsu was developed in Brazil by the Gracie family by modifying Judo to suit their smaller frames. Today, it is the most widespread grappling style in the world, still subject to evolution.

Jiu-Jitsu, since it’s samurai days, was based around throws, joint locks and strangles. Only when BJJ entered the scene did the submission aspect of the art develop immensely. namely, BJJ is unrivaled in the department of ground fighting. Countless positions, transitions, and pins have been developed to the tiniest detail. Moreover, joint locks and strangles were perfected so far that they became unstoppable by any other art. There’s no greater witness to this than the early UFCs.

This specialization of BJJ towards the ground took away from the arts prowess in the standing departments. BJJ is notoriously poor in original options for throws and takedowns. So much so, that they borrow most of their best stuff from other grappling martial arts. Also, rulesets have crippled art in terms of submission opportunities. BJJ remains focused on upper body submissions resulting in an imbalanced art.

Judo is the primary child of the original Japanese Jiu-Jitsu. Dr. Jigoro Kano perfected the art in the 1880’s. Kano brought the concept of free-sparring to the practice of techniques, resulting in modern Judo. Such is the popularity of the art, that it is still a staple of military and police training in Japan.

As a grappling martial art, Judo’s focus is on the feet. In stark contrast to BJJ, Judo specializes in throws and certain pins, with a submission or two sprinkled along. The art is based heavily on upper body manipulation via grips on the sleeves and/or collar of the traditional Gi. Judo’s use of throw is very elaborate in every department, from gripping, through angles to brutally explosive finishes.

Similarly to BJJ, Judo is another art castrated by rules. Very effective takedowns have been removed from the sports version deemed as too dangerous. The result is an art amazing at throws but, crippled in every other aspect of grappling. 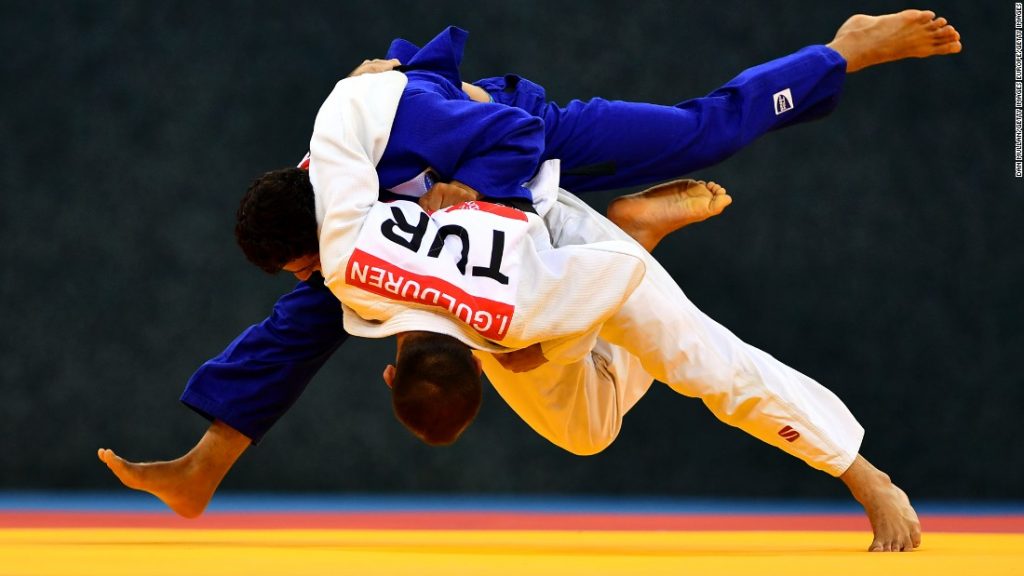 Most people associate wrestling with the Olympics. Despite becoming popular during the games in ancient Greece, it is a much older art. The correct origins are unknown.

Wrestling is a very popular art in American and Eastern European culture. Top wrestlers usually come from the USA, Russia or Bulgaria. Due to its complex origins, wrestling has plenty of styles, all characteristic of the culture they come from. Bokh is the Mongolian version, Korea has Ssireum, Brazil has Luta Livre and China has Shuai Jiao. There’s also Turkish oil wrestling.

Basically, wrestling is the art of getting someone down and holding them there via a pin. Takedowns include both upper and lower body manipulation and are vicious and explosive by nature. Most wrestling takes place in shorts or minimal clothing, thus requiring different control points to those of Judo. On the ground, wrestling is undisputed in terms of pinning someone on the ground by way of weight distribution or limb manipulation.

Catch wrestling is a British style of wrestling that adds submissions to the mix. Another candidate for a complete grappling martial art it does not focus on specific ground control as much as BJJ. On a plus side, it does utilize all of wrestling’s takedown supremacy.

Literally meaning “Self-Defence Without Weapons” Sambo is a Russian art belonging to the grappling martial arts category. It was developed during the 1920’s for military purposes. It integrated parts of other grappling martial arts like Judo, Jiu-Jitsu, and wrestling. Vasili Oshchepkov and Viktor Spiridonov are the main culprits behind this grappling art.

Sambo’s uniform consists of a Gi on top and shorts on the bottom, including wrestling shoes. Technically, Sambo is the king of leg locking submissions. Armlock is another big focus of Sambo at the expense of chokes and strangles. While most of the takedowns come from other arts, there is some effective innovation in the department. It is rumored that the Gracies turned to Sambo in order to acquire knowledge about leg locks. Strangely, despite adding them to the art, BJJ practitioners chose to austercize them going forward. 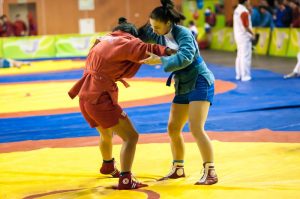 Despite requiring a very specific lifestyle, Sumo is definitely wort ha mention among grappling martial arts. This unique Japanese art focuses on pushing or pulling an opponent out of a circular ring or making them touch the ground. As entertaining as Sumo wrestling is, it requires practitioners to be notoriously heavy, making it impractical for most. However, it is a captivating art worth admiring!

So, now that you know the pros and cons of every art, what would you choose? Would you go in the direction of specialization or give cross training a try? Maybe you like to eat and will choose Sumo as your art. Whatever your choice, make sure you know what works before you jump on board!

Maybe you will find it interesting…

Aikido vs Grappling – Fantasy vs Reality – Wrestler vs Aikidoka

What’s The Most Effective Grappling Martial Art? Is it BJJ?