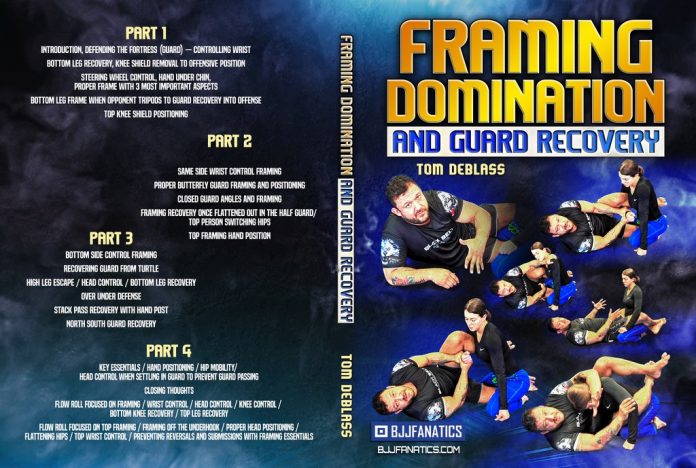 TOm DeBlass is back in the midst of the COVID-19 crisis with a brand new DVD to take our mind off of things and provide us with something to do. After his generous gift of allowing us to get one of his instructionals completely free 9durign a 24 hour period), he now treats us with something that’s perfect for the situation we’re in. Looking at Framing Domination and Guard recovery, you won’t need a partner to try things off immediately. On the contrary, this Tom DeBlass instructional is one you can watch as “homework” and when you’re done, and quarantine is lifted, you can head off to test it on the mats.

Tom DeBlass instructional is something I always look forward to. The man knows his grappling, and he has a unique way of teaching. Plus, he’s easy to listen to and makes things clear without overcomplicating them. He also likes to follow the proven pattern of four-part DVDs with a clear structure that follows a simple progression. That way, his DVDs ae usually perfect for people of all levels, as is the case with Framing Domination And Guard Recovery as well.

How many Tom DeBlas INstructional DVDs are there? I honestly can’t say. HE has a lot, perhaps second only to Bernardo Faria. TOm is relentless when it comes to recording new DVDs and somehow, hits them right on the spot every time. His Framing Domination And Guard Recovery is yet another hit, with an in-demand subject that comes at eth perfect time to study it. 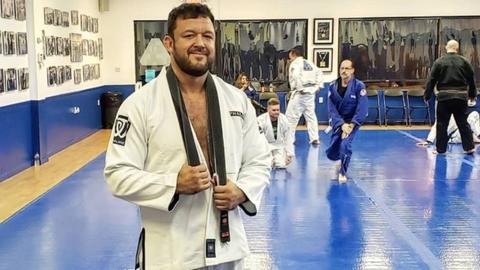 As an academy owner, Tom doesn’t have it easy during this period, just like all academy owners. He does have some online-based training sessions, but we all know that’s not nearly as good as the real deal. It is undoubted that his and most academies out there will survive this pandemic, given how addicted people are to BJJ. In the meantime, a Tom DeBlass instructional is definitely a great way to spice things up, and open up some new grappling horizons. Plus, what else are you going to do at home while self-isolation is in full effect?

As far as other Tom DeBlass DVDs go, you can pretty much learn everything about BJJ from him. Previous volumes cover just about anything, from Gi techniques to submission escapes, next level half guard madness as well as instructionals on doing drills (extremely welcome at this time), and even one on intermittent fasting for BJJ and strength and conditioning.

If we take a look at modern BJJ, there’s a clear pattern of where most exchanges take place. It is guard play against guard passing for the most part. Given that both these areas of Jiu-Jitsu develop on a daily basis, there’s a lot of catching up to do. Too much, in fact. SO, when someone offers a simple way of explaining what guard recovery, and more importantly, framing is all about, it is time to listen. And listen carefully.

What most people that are at white and blue belt level (mostly) fail to grasp is that a guard does not end when someone gets past the legs. There are layers t every guard, and those include attacks from the guard, guard retention, and finally, guard recovery. Just because someone got past the legs doesn’t mean they’ll secure side control, or knee on belly, or any other top position for that matter. And that’s exactly where framing comes in.

One thing that becomes very clear in this particular Tom DeBlass instructional DVD is that we’ve been approaching frames quite ineffectively. Tom certainly puts a stop to that with the Framing and guard Recovery DVD, and then some. In the four volumes of this instructional, not one question you might have about frames and Jiu-jitsu is going to remain unanswered.

What is in this Tom DeBlass instructional? Well, for starters, you get the usual. Pristine camera work, perfectly set up audio and all the angles and close-ups you need. In terms of organization, Tom has always been a master of keeping things simple, while covering every possible aspect of a certain subject. Framing Domination And Guard Recovery is much of the same.

As the instructional starts, Tom goes over the basics of the defensive guard, with some key concepts. In the second part, he covers framing from common guards and against common guard passes. The next volume focuses on late framing, i..e. when the opponent is already past your legs. The final part has some advanced tips and tricks, along with flow rolling and how to use everything presented earlier. Let’s check out what’s inside chapter by chapter.

Opening up is the mandatory introduction. Here, tom does a great comparison of the guard with a fortress, and explain how you should go about protecting your fortress. The one main thing he points out is wrist control.

Knowing how big a fan Tom is of the knee shield, he does lead with it as his main defensive guard position. everything from leg placement to bottom leg recovery is covered in this portion. The following suite is one of the most important parts of this Tom DeBlas instructional DVD – the 3 most important aspects of framing. the steering wheel control is also a neat piece of advice, one that’ll come in extremely handy.

Wrapping up is some leg work, in the form of bottom leg framing, and correct and efficient positioning of the knee shield leg. 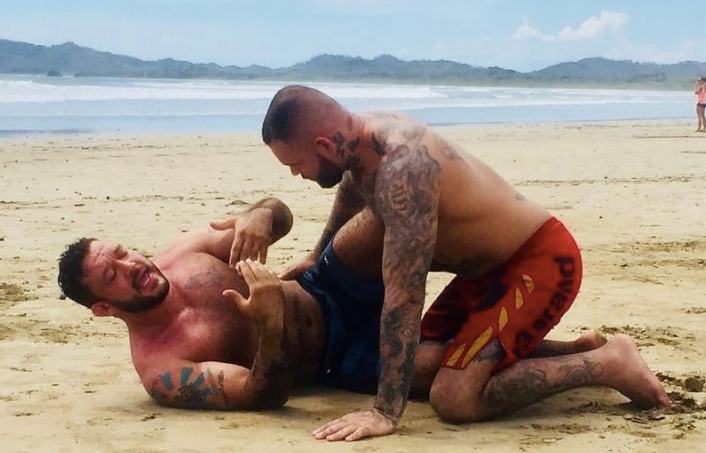 In the second portion of Framing Domination And Guard Recovery, DeBlass covers the same side wrist control framing, as an opening to framing from some of the most common guard positions in Jiu-Jitsu. namely, he starts off with the butterfly guard, offering a framing concept that’ll blow your mind. Building upon it, he moves on to cover the closed guard as well, where, as it seems, angles make frames much more than the structure of your arms.

The half guard makes up for the second part of this volume, where Tom covers how to frame, once you get flattened. Arguably this is the half guard’s biggest issue. Even more so, DeBlass covers how to deal with an opponent that switches hips, which is almost certainly what a top person will do at a certain point in time. Some hand position details for frames mark the halfway point of this DVD.

This is where things get interesting. Part 3 of this Tom DeBlass instructional DVD is all about framing in the context in which most of us use it – from bottom positions. Tom starts off with side control, really clearing up how you should frame in order to actually recover guard. Following suit is a much needed mini system of recovering guard form turtle, something that keeps proving to be a problem for people over and over again.

Going forward, DeBlas reintroduces some of the concepts already shared, like bottom elg recovery, and the high leg escape. He also covers the over-under pass- offering a frame-based defense that not many people are aware of. It is the same with the dreaded stack pass and the always annoying north-south position. In short, DeBlass really focuses on explaining framing from positions where we most often get it wrong.

The final portion of the Framing Domination And Guard Recovery DVD covers some finer aspects of the framing and recovery game. This might be a bit more suited towards advanced grapplers because they’ll recognize how and where to use this information. Subjects include hand positioning, key essentials, hip mobility, head control, etc. Right after this portion, Tom shares his closing thoughts on the matter of framing and guard recovery.

But that is not all! What follows are some rolls and not the kind we’re used to seeing as part of instructional. Tom offers flow rolling advice, as well as examples while showing how to incorporate and drill everything he teaches earlier. Flow rolling is the best way to drill something like framing and recovery, given that there has to be movement and timing involved for you to really get everything right.

A Tom DeBlass instructional DVD is something that you will always find useful. Personally, I really loved the subjects covered in Framing Domination And Guard Recovery, since I’m in an escape and survive kind of phase in my own Jiu-Jitsu game at the moment. Still, even if you’re training to be a submission machine, you’ll find the information in there beyond useful. After all, being able to retain guard, any guard only increases your chances of a successful attack.