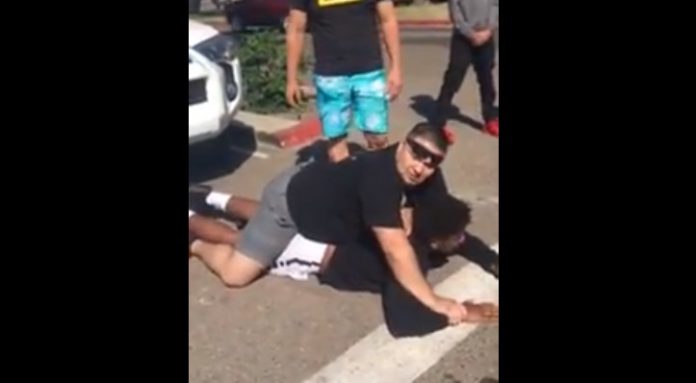 Few days ago a brave BJJ practitioner subdued a thief who tried to steal a purse from a young woman.

His name is Freddy Ontiveros. He’s training BJJ at Ribeiro Jiu Jitsu Las Vegas under Dax Ramos. We asked Freddy to tell us what exactly happened there.

” I was in San Diego on vacation a few days ago. My fiance and I were at the beach unloading the car and we heard a young girl screaming for help that she got her purse and phone snatched. I then caught up with the guy that robbed her. He wanted to fight but I took him down and back mounted him until helped arrived. No one got hurt and the girl got her things back”

This is just one example how important it is to learn some kind of self defense martial art like Jiu Jitsu so people can help their self and other people in trouble and not just record it with their phone.

Congratulations Freddy on such a brave act. The world would definitely be a better place if there’s more people like you.