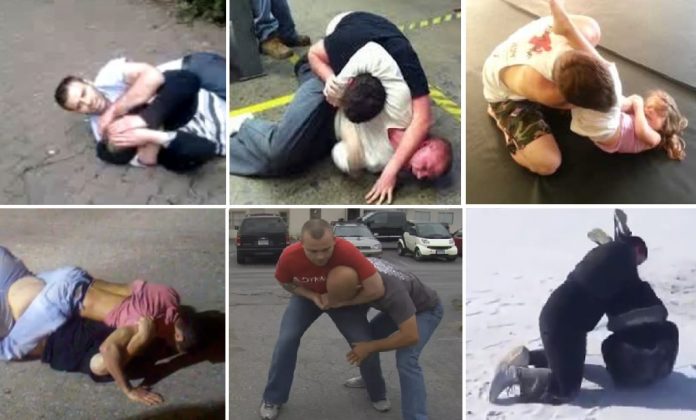 Rener Gracie, one of the most popular practitioners of Brazilian Jiu-jitsu in the world right now sharing some opinion on his view of sports Jiu-Jitsu vs street fight.

Rener, like many other in BJJ Community wonders how modern Jiu Jitsu and training people for a competition can help in a real street fight? Of course, it helps a lot. You are working under pressure, you’re learning under pressure and it’s all a huge plus but are you ready to take a punch? Or even better. What’s your reaction on punches and kicks? Are you ready to defend against punches and kicks? Are you sure you have a good distance manager that is needed for you to execute what you know?

“People learning sport are being confused into thinking that they’re getting ready for a fight, but they’re not,” warns Rener. “It’s possible today in the sport, in the Brazilian jiu-jitsu world, that you get a purple belt or more, and go out in a fight and get beat up.”

As I mentioned earlier Rener warns about the lack of punch defenses:

It’s simple. Guys training Sports Jiu-Jitsu are not used to take punches, not used to react on punches nor to defend em. And in a street fight, it can be a huge problem.

In this case, every one of you should be real and ask your self: “am I fully prepared for a street fight?”. No, you are not. You have a great chance of winning, you are more likely to win a fight then not but like everywhere there is always a chance of you losing a street fight no matter how good you are in a sports Jiu Jitsu and no matter what belt you have. Street has it’s own rules that you’re simply not used to follow.

Let’s hear what Rener have to say on Sports Jiu-Jitsu vs Street fighting.