Brazilian Jiu-Jitsu is awesome, and people that get into it, usually tend to stay for a lifetime. Among everyone training, there are people from all walks of life, all ages, all professions,  etc. That often results in academies and schools advertising through the use of the “Jiu-Jitsu is for everyone” slogan. While it is true that everyone can sing up for Brazilian Jiu-Jitsu, the sport is most definitely not for everyone.

When I see that people claim Jiu-Jitsu is for everyone, I can’t help but fringe. Don’t get me wrong, I have my own academy and would love to see it full all the time with as many different types so people as possible. But that does not mean BJJ is a good fit for everyone, and more importantly, not everyone is a good fit for Brazilian Jiu-Jitsu. Grappling is fun and has benefits for everyone that goes into training it, but the character of the art does not fit everyone and it is not helpful to claim the opposite.

The Way Of The Gentle Art

Speaking for the “way of the Gentle Art” make sit sound like one of those old Kung Fu movies extremely badly dubbed in English. However, there is a way about BJJ and it will help me prove that Jiu-Jitsu for everyone is not something that’s realistic, nor feasible. The way of Brazilian JIu-Jitsu was originally the way of using efficiency against, well, everything else. 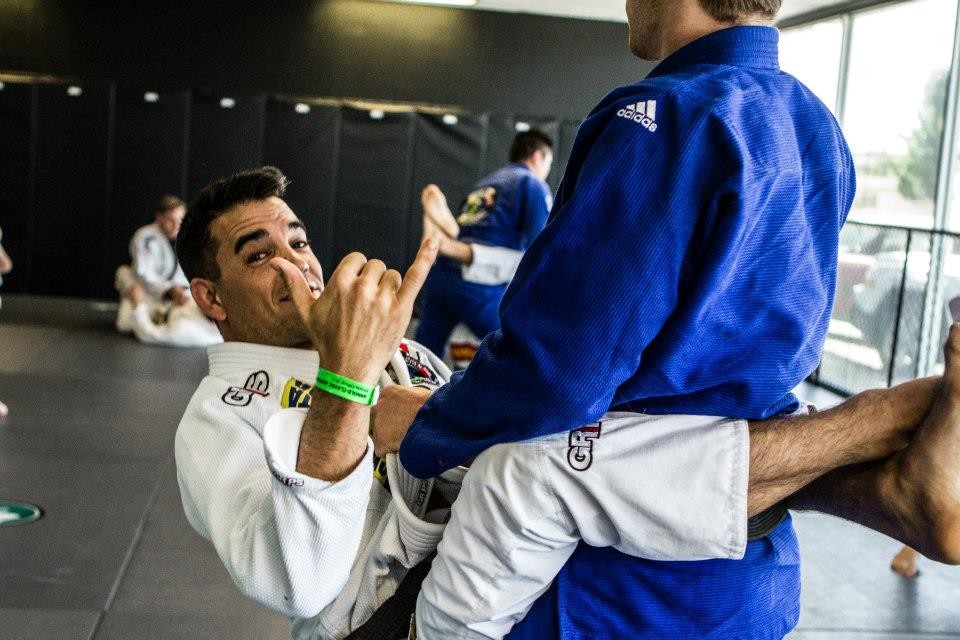 Another selling point of Jiu-Jitsu is that it was made from a smaller person to beat a bigger one. IT was actually created by small-framed men in Carlos and Helio, modifying Maeda’s unique Judo and catch wrestling blend so that they can bet anyone, regardless of size. In those crazy dark days of Gracie challenges, they probably would’ve beaten a woman if one found it smart to challenge them. That said, BJJ for everyone is just as true as BJJ being created for smaller people to defend themselves against bigger ones.

Even then, the Gracies did not aim to teach everyone else their Jiu-jitsu style. they did use the challenges to market it, and phrases like the smaller person beating the bigger one were instrumental in drawing students/ However, the Graceis taught a version of their Jiu-Jitsu to students, retaining most of the key details for themselves so that they remain on top. Further along, as the Gracie Barra emerged, the phrase “Jiu-Jitsu is for everyone” came to be, once again aimed at drawing more people to Jiu-Jitsu.

The Origin Of  “Jiu-Jitsu Is For Everyone”

As I said, Jiu-Jitsu for everyone is something associated with Gracie Barra, arguably the largest affiliation in BJJ nowadays. First of all, there’s nothing wrong with it, and more people begin drawn to Brazilian Jiu-Jitsu is not at all a bad thing. Once again, I  own an academy and would love more people to train. But the fact remains, not everyone is a good fit for the Gentle Art.

The slogan emerged somewhere in the early 2010s, replacing the “Organized like a team, fighting like a family” among Gracie Barra affiliates. Claiming that Jiu-Jitsu is for everyone did come about with good intentions – trying to portray BJJ more as a sport everyone can do, than just a fighting based martial art. The idea was to promote a lifestyle fo Jiu-Jitsu, one that extends far past just the fighting aspects of the art, and the original Gracie challenges.

Nutrition, mindset, conditioning, tactical and technical training, fitness training, etc are all a part of the JIu-Jitsu for everyone concept. While ti is all great in theory, practice is different, if we’re being honest about it. You see, grappling is not something everyone can do, and definitely something everyone will choose to enjoy for an extended period of time. henceforth, it is really not for everyone.

Why don’t I agree that Jiu-Jitsu is for everyone? Simple – not everyone will be able to overcome some of the key hurdles that people face when signing up for BJJ. The most obvious one is that not everyone can get over the ego-crushing nature of grappling. It has nothing to do with leaving the ego at the door, but it does have with having an ego so big that no amount of training will allow the person to progress. Moreover, these are the people that don’t feel good about Jiu-Jitsu training at all, and almost never last even until blue belt, and certainly not after. 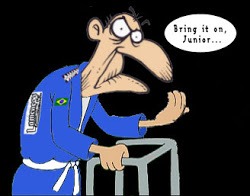 Let me put it like this: how many of your closest people (friends, family, significant other) train BJJ? How many of them do you see never ever picking up on the Gentle art? That is exactly why Jiu-Jitsu is NOT for everyone. Not everyone enjoys being crushed by people in extremely close proximity and put in the weirdest possible positions to reach a feeling of calmness and relaxation. for some, a spa day is a much better option.

Could people learn something from BJJ? Certainly, there’s a lesson there for everyone,. Moreover, everyone is welcome to come and try. However, people will drop out, and there’s no way to keep everyone that walks through the door. That’s perfectly fine, as you don’t want people coming in just to hang out o the mats, like they sometimes do in the gym, spending more time on their phone than actual training. It really does take a different kind of person to persevere through the obstacles grapplers face in the decade it usually takes to reach black belt.

“Jiu-Jitsu is for everyone. But after a few months, it’s just for about half of those people and after a few years, it’s just for a handful of rare savages” – Mr. Jiu-Jitsu. There’s really no better way to explain why not everyone is fit for BJJ, and why there’s no need to try and sell BJJ on the same scale as Planet fitness, to the latest online fitness craze. Let’s just keep to the people that love to train, and that is far from a small number worldwide, and keep drawing in the kind of people that will help us take the art to another next level, rather than just parade on the mats snapping Instagram photos.