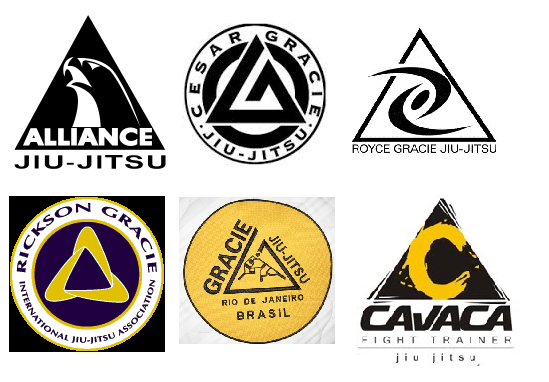 BJJ is evolving extremely fast, and we’re starting to see a lot of the “old school” things slowly become obsolete. By old-school stuff here I do not mean things like techniques. On the contrary, I mean some of the things in Jiu-Jitsu we often take for granted. One example is Creonteism and all the stupidity that come with that approach. It may have been right at home in Brazil in the previous century, but it’s completely useless nowadays. Another example that actually relates to this is the one of BJJ affiliations. Do we really need a connection to a “registered” and recognized team in order to compete and progress through the art? There are two sides to these questions, and I’ll give both of them a go.  Still, you might already know which way I’m leaning towards.

BJJ affiliations used to be a huge thing. People that had no affiliation to some recognizable name, or team, were considered to be outside the world of BJJ. Moreover, getting belts was next to impossible unless you have a Professor and recognized academy to grade you. Up to a certain point, this was all okay. However, as the landscape of Jiu-Jitsu changes, both in terms of training and competing, things like BJJ affiliations matter less and less. Nowadays, if we’re being honest, even belts are not as important as they once were, as proven by the latest ADCC edition. That said, should we really keep giving affiliation to one academy or another so much attention? 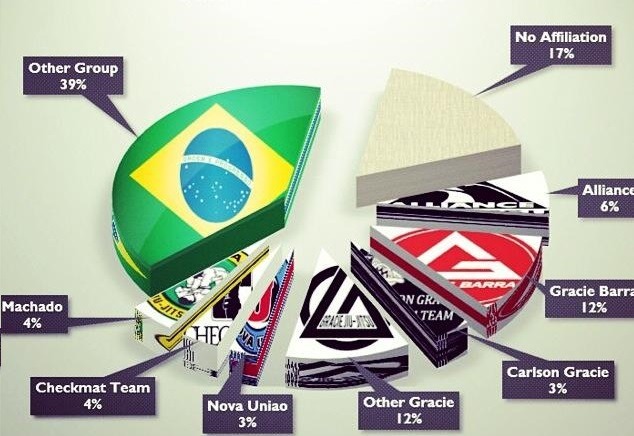 To begin with, let’s try and see the two sides of the story. BJJ affiliations are “still at large” around the world. Almost every academy is affiliated to a larger organization or single individual. People looking to uphold this aspect of BJJ will tell you that this is non-negotiable. Being an affiliate not only makes you legitimate but also provides multiple benefits for students and coaches of the affiliate academy. Moreover, it may be quite hard to compete if you decide to keep your academy unaffiliated since registration is required in most major tournaments.

Form the other point of view, BJJ affiliations are holding Jiu-Jitsu back. Having to adhere to the rules and principles of different organizations actually make people less creative and expressive. This goes contrary to the nature of the sport, where individuality is embraced. Moreover, often some of the biggest name organizations that have hundreds of affiliates are not friendly to each other, cutting short valuable training resources for people that have nothing to do with the feud of just a few. All in all, the constraints of BJJ Affiliations seme to be a clear surplus at this point in Jiu-Jitsu.

When it comes to the idea of giving Jiu-Jitsu complete freedom, one huge argument is that academy owners will get a lot more leeway. For starters, they won’t’ have to pay affiliation fees and use affiliation rules and principles of training that they themselves do not agree with completely. You might think that you can do this anyway, but this is not the case. For now, BJJ affiliations are still mandatory. You need them for everything, from getting someone to grade you belts, to be able to compete or be recognized in the community. There are alternatives, of course, but more on that later on.

Being too invested in BJJ affiliations is also a great way of turning the Jiu-Jitsu experience int a “culty” one. First and foremost, it becomes more about the organization and how affiliates work. This is where things can get cult-like and end up producing robot followers instead of grapplers who need to take the art to new heights. Moreover, there’s bad blood instilled in people that have absolutely no idea why some other affiliates are “the enemy” and are “forbidden” to train with, talk to, or even look at out in the street.  Giving up on the whole concept of BJJ affiliations would set people free when it comes to training, progressing, competing and even running their own academies, regardless of size. However, it won’t yield nearly as much profit as it does now for the select few giant affiliations in the world. Politics 101.

The Case For The Defense Of BJJ Affiliations

To be completely honest, BJJ affiliations to big teams/organizations usually provide comfort and a sense of security. Comfort is not something we want as grapplers, but the feeling of belonging to something is often a great hook for people. To that extent, certain teams out there do provide grеat benefits for their affiliates. Belonging to a large team provides a much-needed social support system for people that actually require it in order to train. Moreover, people oftentimes do find mission statements and creeds of some of the big organizations meaningful and logical. Toa each their own.

Big teams also provide training camps, regular visits of high-level instructors and opportunities for competing. Moreover, worldwide organizations usually also offer a spot to train at for free, as long as you come from an affiliate gym. There’s also another huge caveat to being an affiliate of a recognized organization. The issue fo fake black belts is a serious one in BJJ. Having a clear and easy to confirm lineage does help mitigate this to a certain extent. Plus, you get to brag about having a lineage close to the Gracie family, or whoever it si you’re admiring.

Finally, there’s also access to knowledge. Some of the biggest organizations out there have online databases that they make available for all their instructors. This helps affiliates organize their curriculum exactly like that of the root academy. On top of it, they get to keep the same schedule throughout the year.

To be honest, the verdict is more of a compromise than an endorsement for annoy of the sides. BJJ affiliations won’t just go away overnight. The belt system, the gym wars, the team rivalries, and tournament systems are here to stay. People have been working on building them up for years, and they are a very profitable thing. Giving up profit for the sake of the growth of BJJ is something most people that are making a buck are not ready to do. 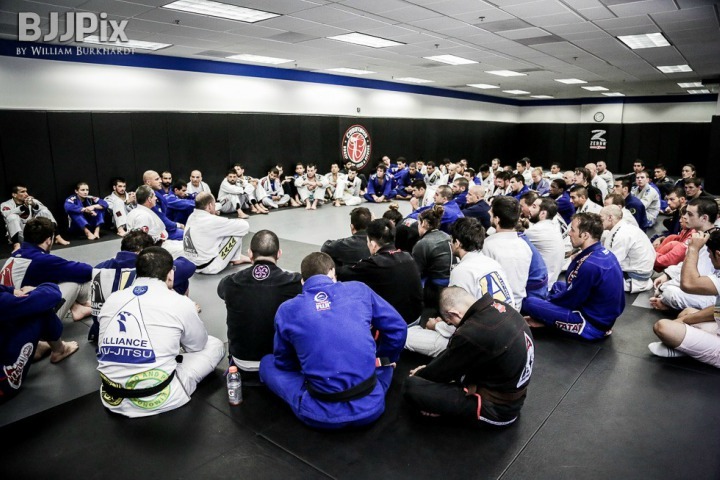 And this is exactly where a  compromise is needed. Keeping affiliations is okay, and even a desirable option in certain cases. However, the business side of things, along with all the cult worshiping mentality need to be rid off, straight away! Moreover, all the rivalry prevents people from training. It also interferes with meeting new people and expanding their experience has to go as well. There’s just no point in living in a city with three academies and only being able to train with the same group of people in just one. And all of that just because your academy likes the color red, and the other one likes blue. It is as dumb as that when you come to think about it.

Removing BJJ affiliations completely is a great dream, but the community is not ready for it. There are certain organizations out there that are trying to push the “no affiliations” tag, and they’re doing a great job of it. However, it will take time and baby steps. And some of those baby steps are in removing the power that people behind huge affiliations have. Keeping the benefits of being an affiliate with someone, and dropping all the rivalry, business, and similar nonsense is a great first step. However, nobody is going to do it for us. We need to act as one big affiliation if we’re to change anything.

It is time to keep things simple and keep things playful. It is time we give all the non-sense a rest. How about we just train BJJ, compete, go to seminars and have a great ol’ time of it? The alternative is to recite creeds at the start of training, and bow to dead people in frames on the wall multiple times throughout. In the end, we’ll probably end up worshiping certain grapplers as gods. As far as my experience, I am blessed to be part of an academy that has a rare affiliation relationship with a certain Professor, who likes to keep things simple. Wrapping up, there’s no need to completely remove BJJ affiliations, nor is it possible, realistically. However, we do need to overhaul the entire concept, and fast!