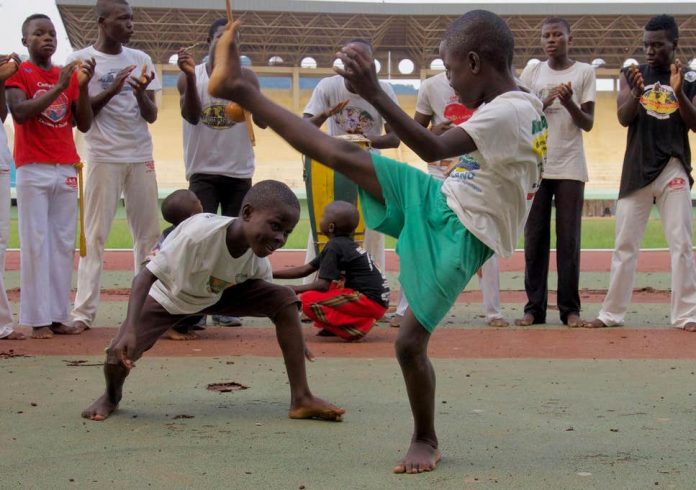 If someone asks you how many Brazilian Martial Arts you can name, what would be your answer? For most people, it is going to be two, whether they’ train martial arts or not. Just about everyone nowadays knows about Brazilian Jiu-Jitsu and Capoeira as authentic martial arts. While the two cannot be more different, the culture behind them is the same, and usually, people from both are cool with each other. Still, if you dig just a bit deeper, you’ll see that there are more than just two Brazilian martial arts. I managed to dig up a total of 6, but there must be more out there that are hard to pinpoint. Any and all contribution you might have is welcome!

Martial arts of the world are much more numerous than people think. There are pretty much martial arts that are indigenous to different geographical areas and have never left those regions! In that sense, some are old and barely surviving, while others are a huge part of the culture. With that in mind, we’ve taken a journey through the continental martial arts before. Now, it is time to focus on just one country and check out all the Brazilian Martial Arts in existence.

An Overview Of Brazilian Martial Arts

Brazil is one of those countries that has something for everyone. Despite a pretty much constantly ongoing political and economic instability, the country is still one of the top spots for people to visit. Apart from all the beaches, resorts and tourist stuff todo, plus, of course, the jungle, there ‘s also another thing that draws people to Brazil like a magnet – martial arts. In that sense, it is mostly BJJ and Capoeira that act as the magnets, but that doesn’t mean they’re the only Brazilian Martial Arts.

Brazil is known fo people that have an extreme fighting spirit and refuse to back down. There’s a reason why all the UFC events that take place in Brazil are particularly interesting to watch. In fact, Brazilian fighters are always interesting to watch, regardless of organization or the martial art they compete in. So far, Brazil’s legacy in the world of martial arts is extreme – it brought us BJJ. Thre’s hardly another martial art out there that can even come close to the impact that Brazilian Jiu-Jitsu has had on the world of martial arts in general. However, it is the youngest of Brazil’s Martial arts, and there are a host of others that predate it by huge amounts of time.

Despite all the other Brazilian Martial arts not having the success of BJJ, they’re still a big part of the culture in such a big country as Brazil, it is not only understandable but expected for different martial arts to represent different regions. In those terms, some of the Brazilan martial arts, apart from BJJ are also well known today. Among those, the standouts are Capoeria, Vale Tudo and Luta Liver. However, there are also others, like Kombao, Maculele and Huka Huka that you might not have heard of. 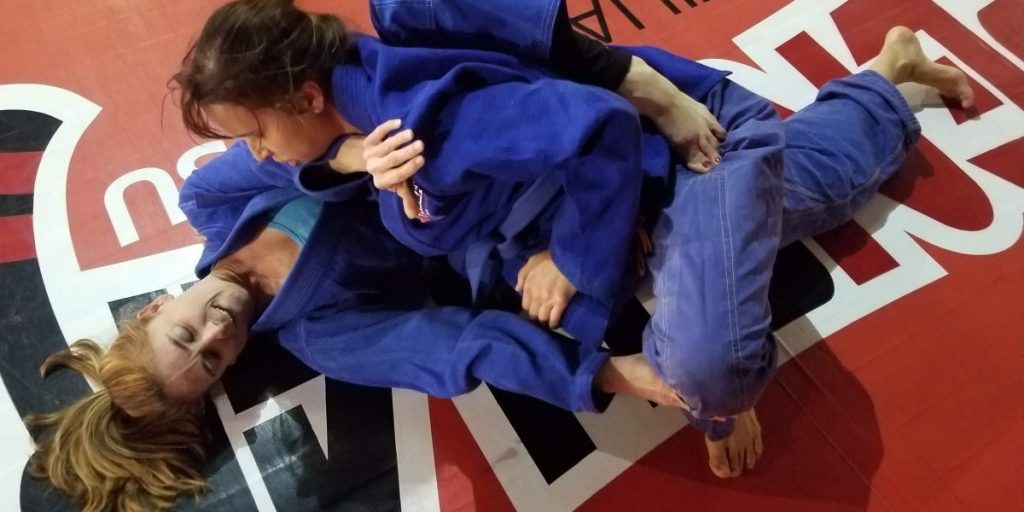 There’s really not too much to say about BJJ. After all, you are reading a website named BJJ World at this very moment. “The Gentle Art” is Brazil’s biggest achievements in the world of martial arts, and some might argue, in sports. I think the millions of soccer fans might disagree, so let’s leave it at that for now. BJJ is the product of Japanese Judo, that ended up transformed beyond recognition by a few Brazilian family members. The family in question is, of course, the Gracies.

What Carlos, Helio, and later Rolls and other Gracies did, was take jUdo, and make it work for them. That’s pinpoint precise Bruce Lee philosophy in practice right there. As smaller people, they focused on the groundfishing aspects of Judo, modifying it beyond recognition. The result is an art of grappling that’s not only a worldwide phenomenon but still in its fairly early development. Today, BJJ is everywhere with people training ti for self-defense, as a sport, for MMA and every other reason you might think of.

Check out the very best collection of Brazilian Jiu-Jitsu instructional DVDs ever put together! Ther are well over 50 titles in there, and it is getting regular updates!

Capoeira is one of the most unique martial arts in the world. Even among the Brazilan Martial arts, it is pretty original. I guess you can say it is a striking martial art in general. However, just like with BJJ, it is far from even similar to other striking arts. In that sense, people in Capoeira use mostly the legs to strike, doing all kinds of crazy acrobatics along the way. In terms of training and competing, everything happens to music, giving this art a very unique and different vibe. 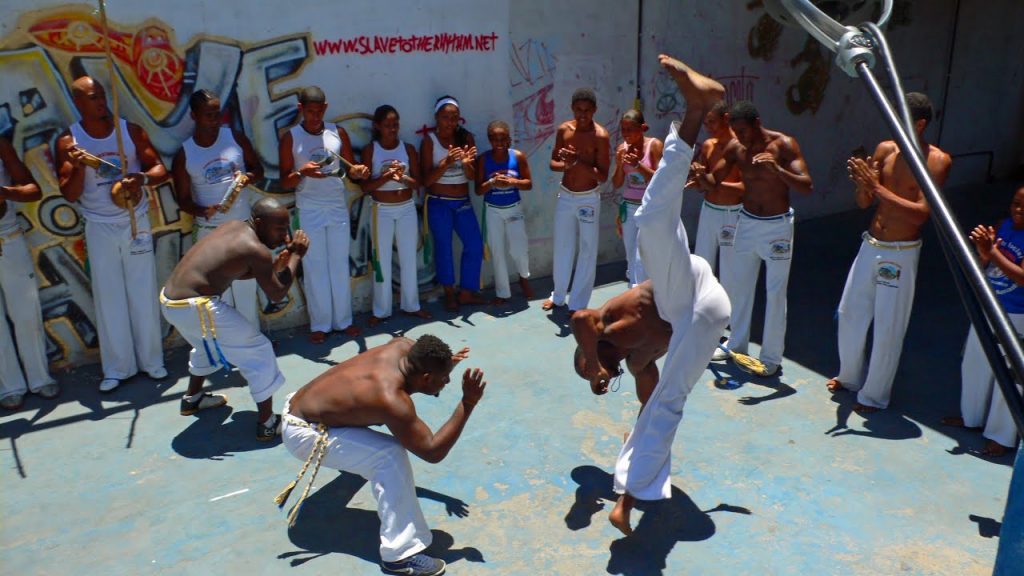 Historically speaking, Capoeria ended up as the only way of defense for people that used to work at coffee plantations. It is a product of the joining of African and Brazilian culture. The dance was originally intended to hide the fact that people are practicing martial arts. In the days of slavery, slaves had no right ot train in martial arts, and they came up with this innovative way of training while appearing to only dance. Suffice to say, as a martial art Capoeira is very effective and not to be underestimated.

In essence, people that train gather in a circle called Roda. Two or sometimes more capoeiristas then participate in a “sparring” match. Specific instruments and music, along with specific singing accompany these performances. Actually, they pretty much define the speed at which matches take place.

In all honesty, Jiu-Jitsu would probably still be only a Brazilian thing if it wasn’t for a whole host of different factors. One of them was the ability to put BJJ to the test against all other Brazilian Martial Arts. And Vale Tudo proved to be the means of achieving just that. The literal translation of “Vale Tudo” is “Anything goes”. In short, it is MMA before MMA, or better said, Brazilian No Holds Barred Fighting. 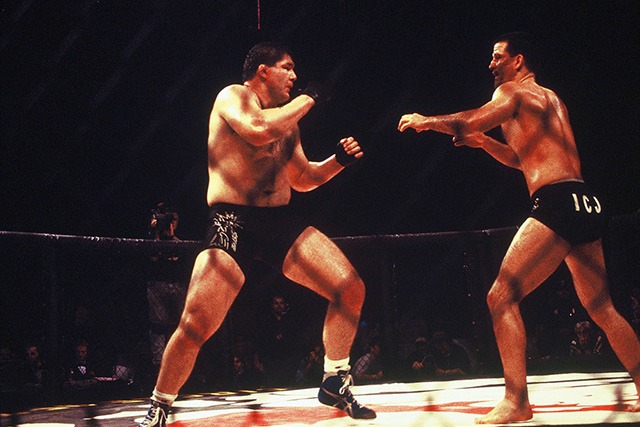 Vale Tudo took off in the early 20th century in Brazil. Similar to catch wrestling in England and the USA, it was mainly a thing reserved for carnivals and traveling circuses. As it started becoming more popular, it actually turned into a full-blown competitive sport of sorts. Of course, as it caught on, it also got some bad media attention. This was mainly due to the number and type of injuries that came as a result of NHB fighting. Similarly to MMA, Val Tudo ended up back underground, condemned by the public. However, MMA managed to survive by implementing rules, and Vale Tudo was not far behind.

Luta Livre is the freestyle wrestling of Brazil. That’s about as easy as explaining I can get. As such, it is another of the Brazilian Martial Arts that got famous during the rise of BJJ due to a fierce rivalry. In fact, that rivalry still exists today, although Luta Livre is nowhere near BJJ in terms of worldwide reach and recognition. 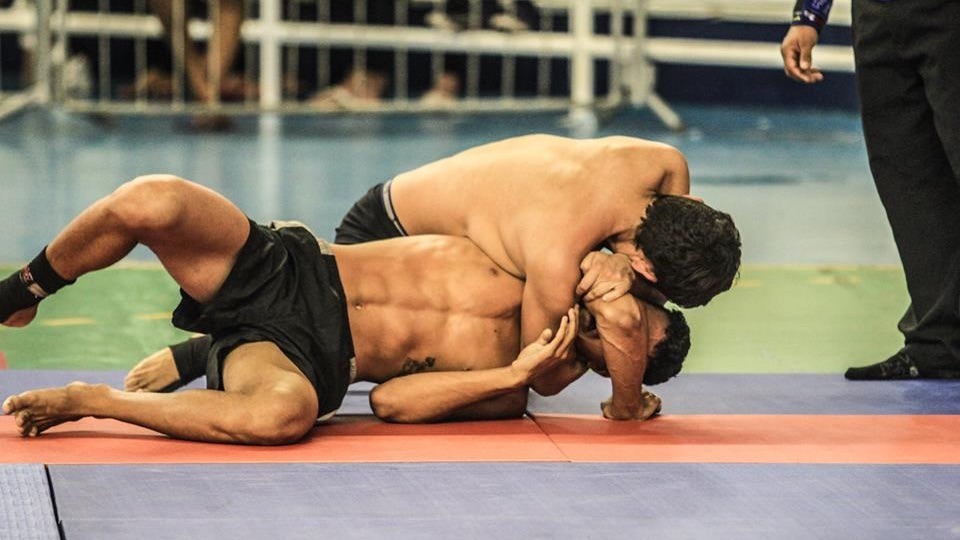 That said, “Luta Livre Brasiliera” is a martial art that is a mixture of Judo and Capoeira, crated by Euclydes Hatem in the 1920s. Luta livre is essentially a grappling martial art, one that’s pretty heavy on submissions. Among thos, Luta Livre fighters are notorious for the use of leg locks, which were a great way of gaining the upper hand over BJJ in the early days of rivalry. It was extremely popular in Brazil when BJ Jburst on to the scene. Luta Livre was the “poor kids way of grappling” but it was no less effective than BJJ. However, as BJJ grew worldwide, a lot of Luta Livre fighters, just like Vale Tudo ones, migrated looking for options. Luta Livre is still something you can train in Brazil although not nearly as popular as Jiu-Jitsu. 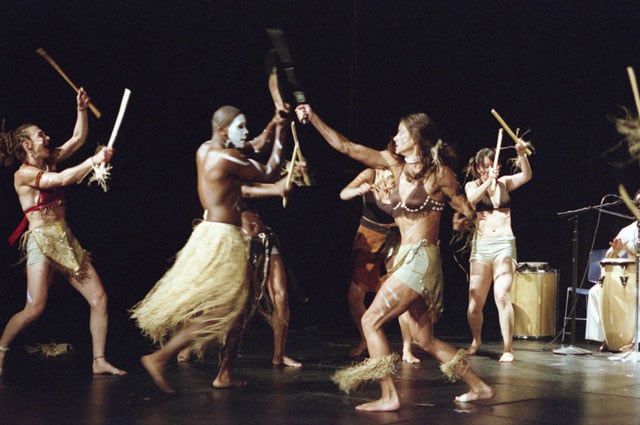 Let’s now take a look at some of the lesser-known Brazilian Martial Arts. To begin with, we have Maculele, similar to Capoeira but with swords and spears. The history is not quite clear, but some think it originated during old tribal wars in Brazil. Once again the development of the art, similar to Capoeira is rooted in salves figuring out how to defend themselves In this case, the machetes used at sugarcane plantations, and sticks from the sugarcane were used to train. The most distinct aspect of Maculele is using flaming torches during performances. This is a result of slaves using sticks from the fire to fight their “captains” in the past.

Maculele is very strongly rooted in the indigenous culture in Brazil. To this day there are different tales and stories of Maculele hero fighters using it to do good. Today, Maculele is mostly entwined with Capoeira and trained as the same martial art, given their similarity. 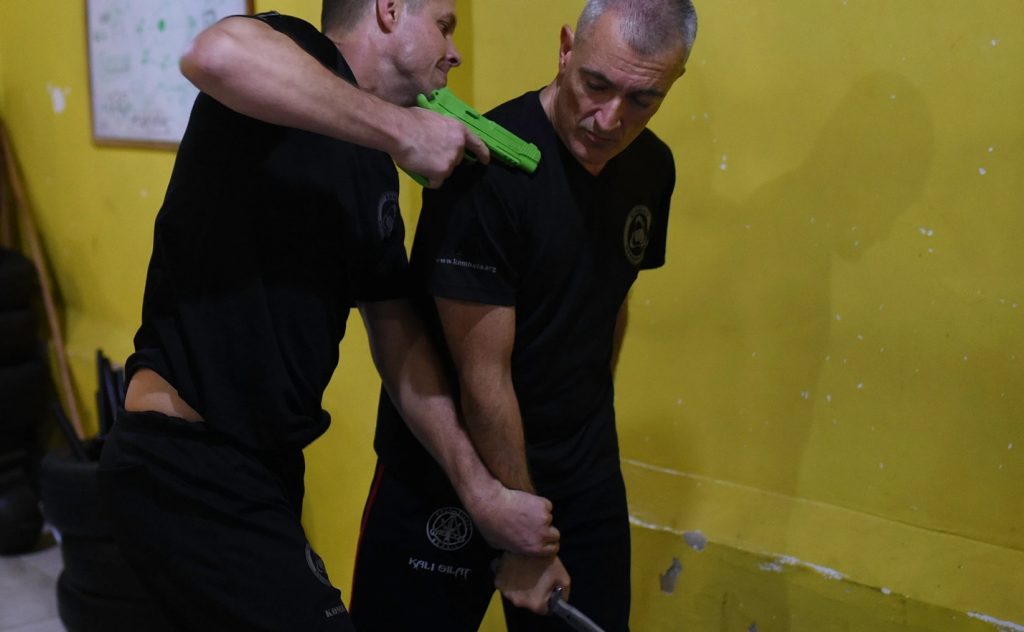 Kombato is a martial art that came about in the 1980s. It is basically a combination of different martial arts combined together for an effective self-defense system. In that sense, it is similar to things like Israeli Krav Maga or Russian Systema. It is mostly used from bodyguards and personal; protection professionals. The man behind this representative of Brazilian martial arts is Paulo Albequerque. He was well versed in many martial arts, but mostly in Philipino Eskrima. HE used al his knowledge to devise a system that turned out to be Brazilian Kombato. Similar to Krav Maga and Systema, there is both a civilian and military version of the art. Ther’s no competition since this is a very self-defense-oriented martial art that uses scenarios in training.

The last of the Brazilian Martial Arts we have here today is Huka Huka or Brazilian folkstyle wrestling. It is mostly unknown to the general public and has roots in the Mato Grosso area, with the Bakairi and Xingu people. It is very popular in this region of Brazil and is part of large people’s games that take place annually. 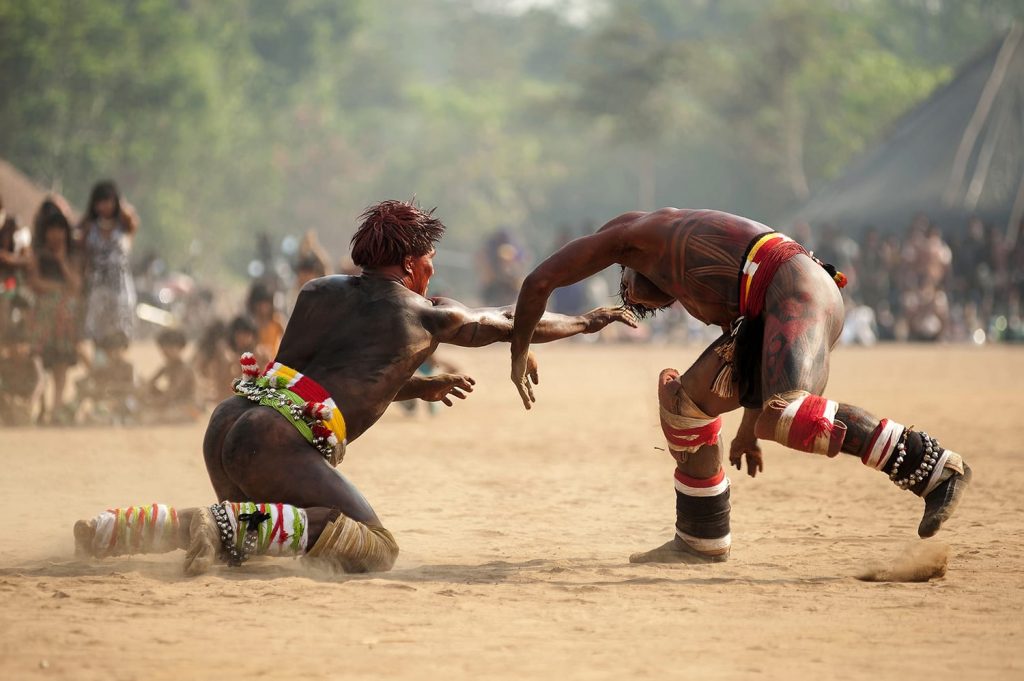 In Huka Huka, both athletes start on the knees. There is a chief man, who enters an arena first, and then chooses his opponent. The goal of Huka Huka is the exact opposite of BJJ. Here, fighters aim to lift the other person up, before crashing them to the ground once again. It is also a traditional way of testing the strength of the young males from the indigenous tribes. Before you write this off as traditional art, not that the Sao Paolo police is integrating it into the training of its officers. Clearly, art is very effective and practical in real life.

As is evident above there are plenty more Brazilian Martial arts than just BJJ and Capoeira. Some are impossible to train in their original form today, ike Maculele. Others have a practical application like Kombato or are close to MMA like Vale Tudo. All in all, Brazil does have a population that’s not shy of a fight, and they do have plenty of ways to ensure a fight goes their way!