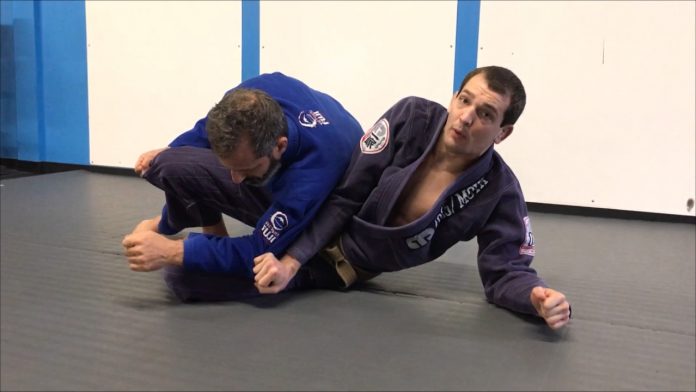 All warfare is based on deception. Truer words have never been spoken. If you think about martial arts as warfare on the smallest of scales (1 on 1) then you can definitely apply all wartime strategies in a martial arts setting. Of course, as modern-day BJJ match is as different from a medieval battle as it gets. However, the strategy, and approach are the same. Whether it is one man or an entire army, ceratin concepts are applicable everywhere. One of them is the notion that attacking is the best form of defense. When it comes to the Jiu-Jitsu defense, in particular, this actually has many different forms and uses.

One thing to consider about any Brazilian Jiu-Jitsu match or roll for that matter is that it is an exchange. When you see it that way, you’ll approach it much differently than just “going with the flow”. However you look at a match, at any given point in time, or grappler will be attacking, and the other one will be focusing on Jiu-Jitsu defense. This is a highly predictable thing which means you can actually have an upper hand in any such event, as long as you prepare accordingly. And it doesn’t take much to master a system of JKiu-Jitsu defense that works universally well for any kind of attack. Bare with me a little more.

The Ancient Concept Of Attack As The Best Defense

You’ve surely heard the phrase “attack is the best form of defense” at least once in your life. This ancient philosophy of war is yet another one by the legendary strategist Sun Tzu. The author of “The Art Of War” actually wrote that “Attack is the secret of defense; defense is the planning of an attack”.You may look at it in any way you want, but the fact remains that going on the offensive will limit your defensive duties. 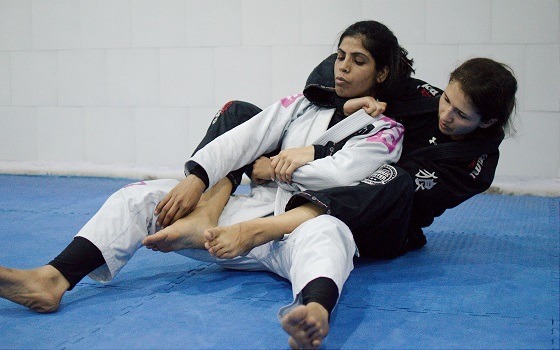 The idea behind this notion is that an opponent can’t simultaneously attack you, and defend your attacks. The theory behind it is solid, as trying to do both at the same time will leave you successful at neither. In warfare, this has a much deeper meaning, when numerous troops and weapons are in play. In a one on one exchange, however, the circumstances are different. Attacking is what we’re all after, but in doing so, we ensure that our opponent is on the defense. What happens when it is the other way around and your opponent is the first to start attacking?

This is where this ancient notion actually has a flaw. The flaw in the otherwise leakproof system is that you can’t attack all the time. At a certain point in time, you’ll surely end up on the defense. In terms of Jiu-Jitsu defense, you might make a mistake, or be up against a more experienced and skilled opponent. Whatever the case, I can guarantee you that you’ll end up defending “for your life’ when you roll or compete in BJJ. In cases like this, you can still turn to attack as the best form of defense. However, you’re going to do it from a completely different perspective.

Going on the defensive is just as much a part of BJJ as attacking. The thing is that nobody likes to be defending, (or almost nobody). Instead, people usually thrive when they attack and look for that elusive submission hold to get a tap. Well, the truth is that while nobody likes to rally do Jiu-Jitsu defense, everybody needs it. In fact, it is actually much more important than attacking.

One o the biggest lessons in the Jiu-Jitsu defense is figuring out a formula that works universally. Whether it is going to work for you only, or for everyone, in general, is usually up to you. One thing you cannot do is learning the defenses and counters to all Jiu-JItsu attacks. What you can do, though, is to use the concept of attack as a form of defense to thrive. However, we’re going to twist ist a little bit. Think about it this way – if you understand how an attack works, you can actually defend I much better than learning a direct defense of it.

Tom DeBlass is a real escape wizard. Check out his “Submission Escapes” four-volume DVD to become one yourself!

Let’s look at a mounted armbar as an example. Ther are many defenses to an armbar, but most of them kick in when you’re already caught in the position. Some of them are higher percentages than others, depending on when you start defending. However, if you focus on learning the mechanics of a mounted armbar, how it works, where the entries are., etc, you’ll actually be able to defend it much better. Why? That’s easy. Because you understand the move. Learning and understanding how attacks work is going to make you Jiu-Jisu defense extremely effective because nobody will be able to actually get to a full-blown attack.

Thinking in terms of learning attacks in order to develop better Jiu-Jitsu defense actually has double the benefits. This way, you’ll sharpen up your attacking skills, in addition to developing a much better all-around defense.

Just like with learning defensive techniques, you can’t really learn all attacks. That means, that you actually need to go broader and understand how a Jiu-Jitsu attack works. Luckily, there’s a common thread in all grappling attacks that you can exploit to mount a super successful Jiu-Jitsu defense. To begin with, It is all about mindset – don’t panic. You need to remain calm and start recognizing some of the key patterns and stages of every attack. 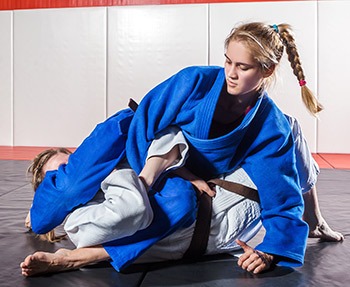 There are actually three stages that characterize every successful grappling attack. First up it is position. If you can deny an opponent the desired structure of a certain position, they won’t be able to complete an attack. Whether it is a positional attack or a submission, if they can’t settle in and control you, they can’t attack. Conversely, you can get out and counter at will. The second stage is when you’re too late to react to the first one. When an opponent has you in a tight position, you should actually switch your focus to dominating the grip fight. Only when you establish a dominant grip and deny the opponent further attacking possibilities, can you turn to break the structure of the position?

The final stage to understand is the so-called Hail Mary stage. At this point, you’re depending on a mistake on your opponents’ part to pull off a Hail Mary escape. You’d be surprised at how often you can actually escape at this stage if you’re calm and confident enough, However, your chances are 50/50 at best, and tapping is your 100% option of getting out.

A solid Jiu-Jitsu defense does start with the offense. However, it is more important that you understand BJ Jattacks, and the stages they develop in rather than only look to attack all the time. There is a balance between attacking and defending in every JIu-JItsu match. What you need to know is how to turn every exchange in an attacking situation, even when you’re on the defense.

Want To Tap Out Less In BJJ? Here Is How

Jiu-Jitsu or Boxing for Self Defense? Is Jiu-Jitsu Useless in a Real Fighting Situations?