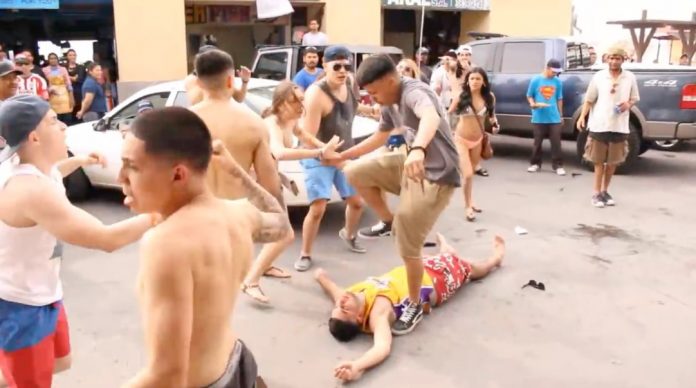 Is Boxing better than Brazilian Jiu-jitsu for self-defense or fighting situations? Is BJJ unrealistic compared to the sweet science of stand up martial arts? This is the question for today’s video which comes from our friend who says his friend has told him that Brazilian Jiujitsu is not an effective martial art and is useless for a street fight.

I obviously disagree with this viewpoint as someone who has used BJJ in fighting situations and has taught students who have as well. I do not believe this. But in the video, I try to talk more about combat sports as a whole and the benefit of them. Whether it’s Boxing, BJJ, Judo, Wrestling, etc. Combat sport based martial arts poses a different benefit than some traditional martial arts. Mainly this is the fact that they spar all the time. This allows the practitioner to develop the ability to deal with stress which will help them navigate the unpredictable circumstances of a street fight or self-defense situation.

Also, combat sports have “unrealistic” fighting scenarios in competition. BJJ vs BJJ doesn’t always look realistic to a fight. But Boxing too is unrealistic where if you clinch up with someone you get broken up by the ref. This doesn’t happen in a fight. Ultimately though, I think that the competition experience lends itself to making someone more effective in a fighting situation. And if you are someone interested in self-defense or having to be in a fighting situation. I would encourage you to practice both BJJ and Boxing or Wrestling and Kickboxing. Just some form of grappling and striking. -Chewy

And What About Boxing vs Jiu-Jitsu in a Street Fight?

Learn how to fight a boxer with Jiu-Jitsu… using boxing. Matt Bryers from TRITAC-Jitsu goes over some self-defense techniques and combative training concepts to deal with a good boxer or striker and use Jiu-Jitsu. Jiu-Jitsu works for everyone! In this series, we show you how to apply Jiu-Jitsu to a wide variety of different situations, as well as different kinds of opponents. While this series has a lot of fun elements to it, the techniques provided work extremely well in real life situations. So have fun watching, but don’t forget to take some notes and learn something!