Nowadays, it’s all about leg locks. A few years ago the BJJ world was going crazy about inverted guards and Berimbolos. Before that, it was the age of the knee cut pass. Brazilian Jiu-Jitsu tends to produce trends that change every few years. It is what makes art interesting and appealing. If nothing ever changed, it wouldn’t be much different than Karate or Judo. Evolution is what makes Brazilian Jiu-Jitsu such an addictive sport. In the sense offers, every trend has its own generation of pioneers. One of those pioneers is Gianni Grippo, who could be called a member of the Berimbolo generation. The exciting young black belt has a few digital releases that are more than worth your while. Even if you do not particularly like the Berimbolo, you need to check out the Gianni Grippo DVD Collection!

Every time some high profile grappler comes out with a DVD or a digital instructional, people go crazy. very often they manage to provide the drooling audience with high-quality material on a specific subject they’re exceptionally proficient at. However, not many top black belts manage to replicate this in subsequent releases. Especially when they widen the subject matter and start teaching other aspects of Jiu-Jitsu. There are exceptions, of course, and they’re not just a few. One of them is Grippo, the man whose DVDs are each better than the previous one. The Gianni Grippo DVD Collection has four titles, all of which work perfectly as standalone or combine together into a complete BJJ blueprint.

The success Grippo has with all of his titles is due to the manner in which he approaches teaching. he manages to find the balance between variety and proficiency in a subject. Namely, he is a huge fan of Berimbolos and, understandably, the De La Riva guard. However, instead of just focusing on this, he expands his expertise to neighboring subjects that can really help improve the inverted guard game. He also likes to change everything up by issuing both the bottom and top game instructionals that can make anybody a better grappler. You do not have to do the Berimbolo to find any DVD of the Gianni Grippo DVD Collection useful and insightful. You could even learn things from the Berimbolo specific volume without even going for the Bolo. Yup, his stuff is that good!

Gianni Grippo is a black belt under none other than the legendary Marcelo Garcia. However, Grippo’s knowledge and rich competitive pedigree are not exclusively due to the Brazilian’s tutelage. Up until brown belt, Grippo spent all his grappling hours on the mats of another New York City BJJ lion’s den – The Renzo Gracie Academy. He is, ultimately, a hybrid of the two finest New York City BJJ academies. No wonder he is such a prolific grappler and an outstanding teacher.

The featherweight is an NYC native who was brought up in an athletic family. Under the influence of his father, Grippo competed as a swimmer during his young days. he even made it to the Junior Olympics on three occasions. Normally, his athletic spirit demanded more challenges so he took up boxing along with swimming. However, after his first steps in combat sports, his allegiances quickly changed. After several amateur bouts, Grippo somehow found his way to Jiu-Jitsu.

Finally, Grippo appeared to have discovered his true calling. he began his BJJ journey in the “blue basement” of Renzo Gracie’s NYC academy. Grippo dabbled with swimming along with BJJ until he witnessed THAT a famous match between Jacare and Roger Gracie live in Brazil. That was the spark that turned Grippo into a full-time professional grappler.

As Gianni Grippo advanced through the belt system, he conquered every major tournament there was. More impressively, he did so at every belt level. However, his style of grappling steered him away from the Renzo Gracie Academy and towards Marcelo’s school. There, he found the teacher and style perfect for him and ended up getting his black belt in 2013. A style he now unselfishly teaches to everyone through the Gianni Grippo DVD Collection.

A Complete Guide To The Gianni Grippo DVD Collection

Now that we got the introductions out of the way, let’s see what the Gianni Grippo DVD Collection is all about. The whole bundle is available at a cut-price through Digitsu. The collection has four total titles, each focusing on a very specific subject. All of the subjects are deep into Grippo’s area of expertise, as proven time and time again in the highest levels of grappling competition.

Grippo is a full-blown modern-day grappler. Although some might argue that the Berimbolo game is a Mendes/Miyao brothers thing, Grippo would disagree. The smart grappler he is, he used all the knowledge gathered of Renzo and Marcelo and applies it to his specific game. The result, as most featherweight black belts know and fear is a deadly guard game, supplemented with unstoppable leg drags from hell. Now, you have the chance to learn everything directly from the source. Even better, you do not have to discover anything, just follow the blueprint and you’ll end up developing a complete game to scare your opponents.

1. All About The Bolo DVD

Understandably, we’re going to start with a title that’s focusing on the Berimbolo. Although it might not be the most popular thing in Jiu-Jitsu at the moment, it is still a very effective technique.

The “All About The Bolo” DVD instructional is a two-DVD set, that explains everything you need about the Berimbolo. There are no funky setups that do not work in reality. No unclear instruction and uber-complicated techniques that you can’t replicate in training. 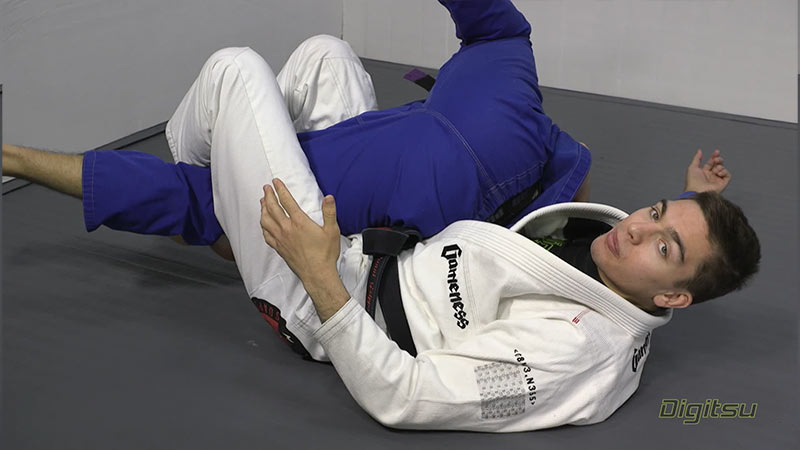 The first volume focuses on the basics. And by basics, I mean really essential fundamental stuff. Honestly, there’s not even a mention of the Berimbolo during the first half of the DVD! All there is is a list of solo drills that you absolutely have to master before even attempting to Bolo around. Gianni also goes over gripping strategies and the basic ways of bringing an opponent down for the Berimbolo. Finally, at the very end of the volume, he goes into the Berimbolo itself. he demonstrates the basic Bolo and analyzes the Twister hook and all the ways you can use it to get the back.

In the second portion of this instructional, Grippo shifts his attention to some more advanced techniques. Despite their appearance, these moves actually work and are not truly complicated in nature. They might be if you skip over the drills and the content of the first DVD and jump straight into them. Grippo continues with the twister hook but also opens up some cool subs like calf slicers along the way. There’s also a BJJ take on an old wrestling classic in the Crab Ride. There’s even a Berimbolo setup from the closed guard! The very final chapter is an introduction to the next piece of the Gianni Grippo DVD Collection- The Single Leg X Guard instructional.

While you might think that the Single Leg X is only a leg locking guard, Grippo is here to prove the opposite. the guard was very much an effective position long before leg locks came into the spotlight. Actually, some of the top names in grappling have built unstoppable bottom games around it. One of them is Gianni Grippo, who not only uses it to perfection but connected to his favorite move – the Berimbolo. 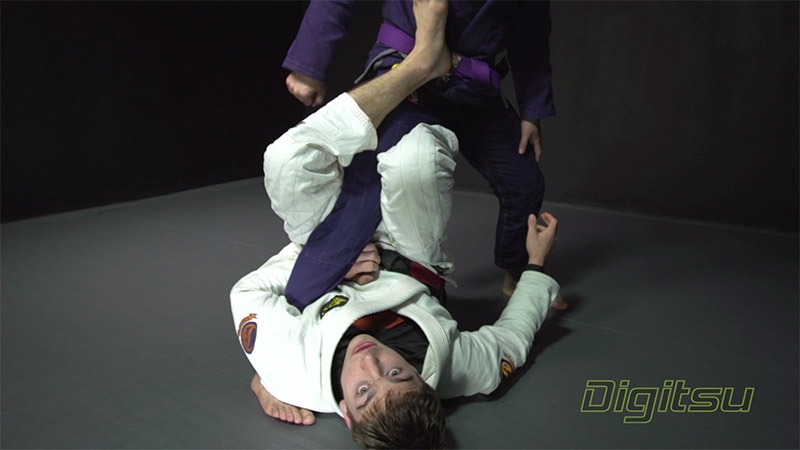 This DVD is a one-volume release, with a total run time of more than 90 minutes. During that hour and a half, Grippo demonstrates 20 techniques related to the Single Leg X Guard. For starter, Grippo offers basic mechanics and some very interesting ways in which you can enter into the guard. He uses the Reverse De La Riva and the Spider guard to set up efficient entries.

Once in the Single Leg X, you’re going to learn how to sweep someone in a few very basic ways. The single-leg X is a multi-directional guard, offering sweeping options in literal every direction. What you’re probably not used to getting from the Single Leg X is a toehold and a tight one at that. Grippo offers fantastic detail on this col land lightning-quick submission!

The second half of the DVD goes over some more advanced sweeping and transitioning options, there’s a great way to utilize the waiter sweep from the Single Leg X, along with a few direct routes to the back. Of course, there’s no way to skip over the X guard when doing a Single Leg X instructional. Grippo wraps things up with a few very cool transitions and attacks from the X guard. Of course, there are Berimbolo entries lurking around every corner!

The next member of the Gianni Grippo DVD Collection is one that switches dynamics a little bit. namely, Grippo gets off the ground and starts demonstrating his favorite way to pass the guard. in Gianni’s case, that’s the leg drag pass and all assorted variations. For those of you that don’t know the leg drag is another easy way to get to back control. Right down Grippo’s ally. Even better, it opens up more Berimbolo setups, this time from the top. 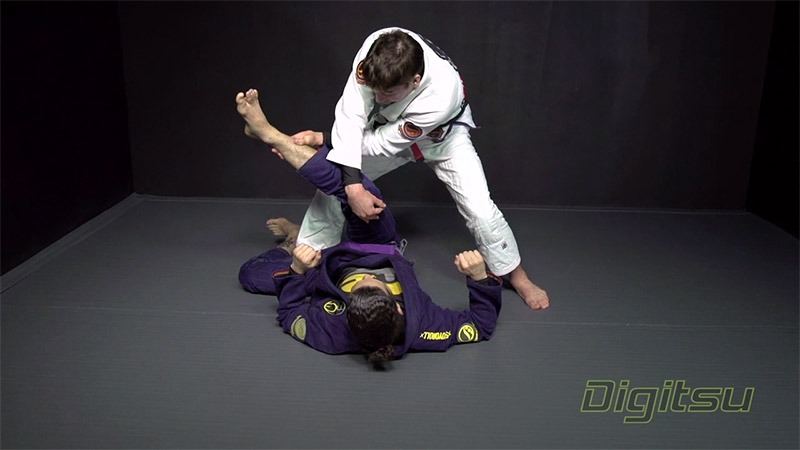 Once again it’s a one-volume release, offering 20+ techniques for an hour and a half. Grippo has been highly successful with the leg drag against very experienced black belts. he has a difference of it to what you might be used to, which is a great thing. Once you master his take on the leg drag, passing is going to become a breeze. This time, however, Grippo goes straight into the deep. he kicks the instructional off with back taking options off the leg drag pass. He continues to demonstrate how to set up the leg drag against all kinds of the guard. The RDLR, the leg lasso, even the dreaded Z- guard, Grippo has a drag to pass them all.

Something I particularly enjoy about this DVD is the drills portion. It is at the very end for a  reason. All drills work form specific guard positions, the same ones Grippo covers throughout the title. There are drills to get you comfortable with some of the most frustrating open guard variations. Do the drills and you’re going to be leg dragging everyone before you know it!

Finally, another title connected directly to the Berimbolo. The De La Riva Guard is position zero for anyone looking to invert. It is where the original Berimbolo originates from. The De La Riva is a classic open guard, one that slowly falls behind in today’s game. However, this doesn’t mean that this guard doesn’t work. Quite the contrary, in fact. 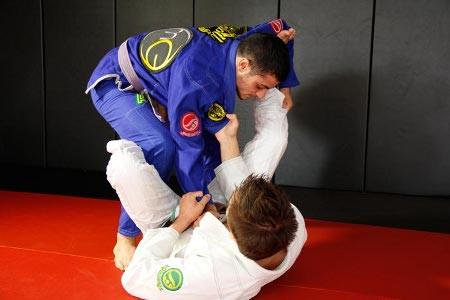 Across 90 minutes, Grippo goes over two dozen techniques that are going to make you a De La Riva guard machine! Even from the get-go, things are kicking off with a bang – an entry against a standing opponent. From there on it’s a bonanza of attacks, stemming across submissions, sweeps, and transitions. Hitting triangles and Omoplatas form the De La Riva is nothing new. However, Grippo has some crucial new details thanks to his vast experience in the position.

Grippo throws in a couple of takedown transitions as well, going into ankle picks and low singles from the DLR. After that, it’s a Bolo time! Gianni offers his unique entries in the Berimbolo along with every possible follow-up. Back takes, leg drags, mount transitions and even a blitz toe hold all features in this key pie of the Gianni Grippo DVD Collection.

Wrapping things up, Grippo switches to the Reverse De La Riva, offering some great insight. A teaser of an upcoming next DVD, perhaps? I certainly hope so! 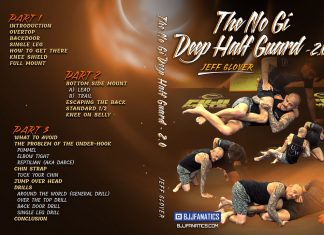