Renzo Gracie managed to submit his opponent in his returning MMA Fight against Yuki Kondo at One Championship: Reign of Kings in Manilla Philippines

The first round wasn’t very active so both fighters were given yellow cards for inactivity.

As soon as the second round started Renzo was very aggressive and he managed to take Yuki Kondo down. Very soon Renzo managed to transition to Kondo’s back and it was just about time when he’ll choke Kondo with RNC like he did.

This is Renzo’s first fight After 8 years of pause and a loss to Matt Hughes at UFC 112 and now he holds a record of 13 wins, 7 losses, and 1 draw.

Renzo Gracie: Fighter Has to Have Blood in His Eyes

Renzo Gracie Challenged by “Unchokeable” Man in His Gym 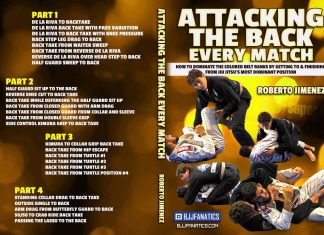 0
Whenever a blue belt manages to submit a black belt in competition, the grappling world takes notice. Young Roberto Jimenez is one such example....