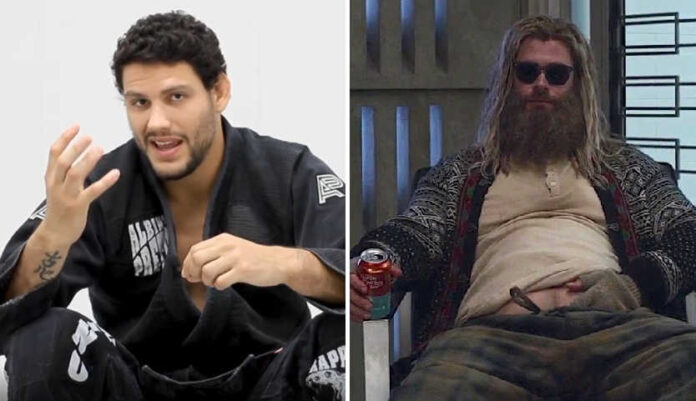 Felipa Pena and Gordon Ryan have a long history. Both on the mat and on social media, where they are often calling each other out.

As for the fights between these two and what probably bothers Gordon the most are the two fights in which they met from which Pena emerged victorious.

The first fight Between Pena and Ryan happened in 2016. They met in Studio 540 Supermatch where Pena managed to escape the heel hook and submit Gordon Ryan via Rear Naked Choke. It’s still the only time Gordon got submitted since he received his Black Belt.

A year later the pair met in ADCC 2017 absolute finals. Pena, again, came out as a winner using the same Heel Hook escape technique to come to Ryan’s back. Only this time Pena didn’t submit Ryan.

Since then these two can’t relax on social media. Whatever Gordon writes on his Instagram profile related to Pena, the answer from Pena is almost always the same “2×0”. It refers to a fact that Gordon lost against Pena two times.

Right now, as we’re coming closer to ADCC 2022 the things are heating up again. It’s still in question if they’ll meet as Gordon Ryan have to overcome his stomach issues while Pena is going for BJJ Worlds to achieve the only title he’s missing, Worlds absolute winner.

Recently, Pena gave an interview for Brazilian Tatame magazine. He was asked what would it take for the third fight between him and Gordon to happen in the near future. He answered the following:

“This Gordon Ryan thing is simple, he’s a liar (laughs). He’s a very marketing-oriented guy and he doesn’t want to fight anyone who can beat him. He doesn’t want to risk losing and tarnishing this moment he’s living in right now.”