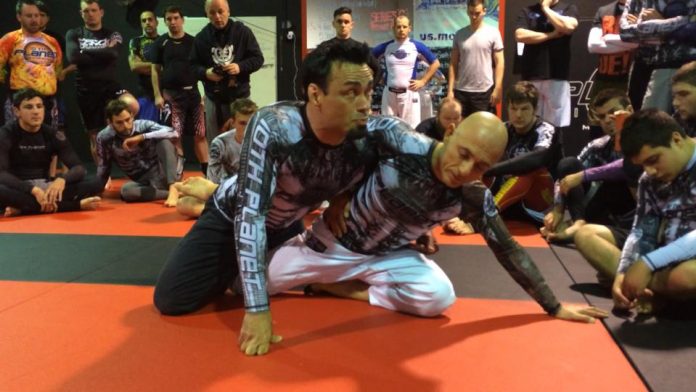 When people in the Jiu-Jitsu world hear the name Eddie Bravo there are usually two very different reactions. People either love him or can’t stand him. Admittedly he is a polarizing figure. That said, nobody can dispute the fact that he has greatly contributed to the evolution of Brazilian Jiu-Jitsu, especially in No-Gi. Eddie has been challenging certain established BJJ beliefs ever since he walked into Jean Jacques Machado’s gym as a beginner. Even before he founded 10th Planet Jiu-Jitsu, he had invented positions like the Twister and the Truck that turned out to be extremely effective. Since then his innovation has been relentless, although not always as effective in a general sense. However, his latest exploits seem to be the best of it all. I’m talking about the much-debated 10th Planet warm-ups system.

It is important to understand that the 10th Planet Jiu-Jitsu system is unlike any other you’re going to see. A big reason why this is so is Eddie’s approach. As opposed to Danaher, Ryan Hall, and other science-based BJJ wizards, Eddie is first and foremost an artist. So his approach is the complete opposite to the methodical and through one employed by the previously mentioned grapplers. So when he came up with his 10th Planet warm-ups system people had the usual frowning reaction. For those that have heard his reasoning behind it might make more sense. And for those that might’ve attempted it, the benefits are apparent and can be game-changing!

What Are 10th Planet Warm-ups?

First of all, let me make something clear. I am not a member of 10th Planet Jiu-Jitsu or any other affiliate academy. Actually, I train at a Gracie Barra academy which should tell you plenty. That said, about a year ago I came across Eddie Bravos’s 10th Planet warm-ups.

The 10th Planet warm-ups are a series of techniques, done in a drill-like fashion in which both participants need to work. Unlike everyday repetitive drills that focus on just one movement, these scenarios focus on a niche area of Jiu-Jitsu. For example, there’s one sequence that focuses on everything to do with the butterfly guard. However, instead of simply restarting once a butterfly sweep is done, now the other person has the opportunity to train specific mount escapes and so on. 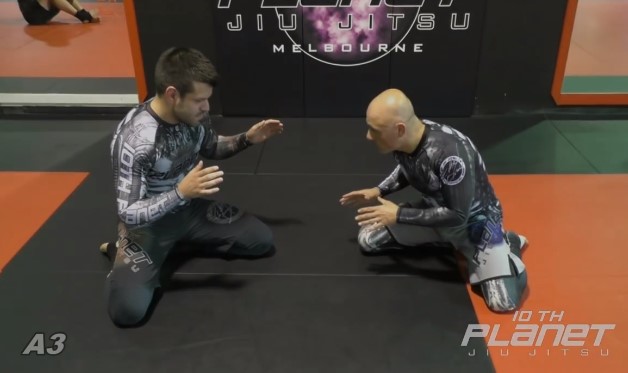 As Eddie Bravo puts it, these warm-up series are as close to shadow boxing, or bag work as you can get with a grappling martial art. After all, you rarely train jabs only for an hour when you train striking right? The basic concept is that since you can’t train BJJ on your own, you grab a partner. Once you do that though, don’t just do butterfly sweeps, for the duration of a session. It is much better to drill combinations, and that is exactly what you get with these warm-ups.

As far as the 10th Planet Jiu-Jitsu system goes, they focus on the areas they work the most. So they have sequence scenarios that start and/or end in their top positions, many of whom tend to be the same with the most dominant positions in BJJ in general. So when the subject of the class is in one of these areas, 10th Planet practitioners warm up with the appropriate sequence of techniques.

A Different Approach To Drilling

The 10th PLanet warm-ups are organized in a very specific fashion so that they make a lot of sense. Basically here are eight scenarios according to specific areas of BJJ. They are organized by letters so that they’re easy to be assigned to a specific day. The letters so far range from A to H and there are 4 specific sequences within a letter. That puts the total of drill sequences at 32, which is a lot. It took me the better part of a year to memorize them all, and that is without constant changes Bravo’s making.

In terms of areas of focus, the 10th Planet warm-ups pretty much encompass everything. While it might not be apparent from their designated description name, they do go in every possible direction. So, for example when you train The “G” series or “Half Guard Passes” you do not just pass the half guard. Once you pass, you do transitions to the mount or Ashi Garami positions. Once there, you get the opportunity to go for submission before allowing your partner to train an escape and, in most cases, a counter. Some sequences even end with an escape or re-counter on your part.

What these drill sequences bring to the table is first and foremost transitional prowess. While we tend to focus very much on the muscle memory in regard to specific movements in BJJ, we often overlook the need to do so in a transitional sense. The 10th PLanet JIu-Jitsu system is based very much on fluidity, hence the focus on connecting various most often seen situations into complete sequences with multiple possible follow-ups.

You Don’t Have to Be 10th Planet Jiu-JItsu

For more than a year now, I’ve been drilling a specific 10th Planet sequence at the end of every class. Unlike Bravo, I do not utilize them as warm-ups, but rather as competition-oriented drills. A bunch of purple belts and above competitors gather at the end of class for about 30 additional minutes of drills, based on the 10th Planet warm-ups.

At first, we were pretty much lost. However, with time, we got into it and started building up our efficiency. Suddenly, stuff that we are drilling at the end of the class started working seamlessly during rolls. Mainly, it was in a defensive manner, from tough positions against more skilled training partners. That only made us work more until we realized that even the attacking sequences are easily introduced to any grappler’s style. Furthermore, the sequences can be cut short, or they can be connected so that you go straight to a different one.

The fascination with the 10th Planet warm-ups grew even more after a few of the guys managed to use sequences or parts of them under the pressure of competition. Classical drills never seemed to do the trick before we started connecting everything into logical sequences. That heavy bag for BJJ theory seems to be spot on!

In all honesty, there are parts of the drills and even complete sequences that make no sense at all. Following the 10th Planet, warm-ups don’t mean we do them by the book, beginning to end. We threw some stuff out, replaced other and even added something of our own. What we really learned was the power of connecting everything and begin aware that transitions in and out of positions can also be drilled to great effectiveness.