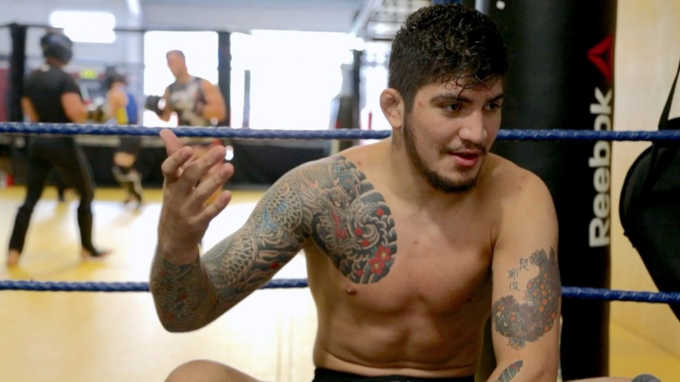 Late last month we had a chance to read about Dillon Danis and his clash with bouncers at a nightclub. Bellator’s fighter was eventually arrested, and a video was circulating on the Internet in which the BJJ master tapped on the choking off one of the bouncers in that bar.

The 28-year-old fighter was a guest on the latest edition of the MMA Hour with Ariel Helwani and was given the opportunity to tell his side of the story. Danis claims he was just trying to have fun at his friend’s wedding.

”I thought the post-wedding party would last all night, but it ended at 10 pm. We went to town and planned to go to Manhattan. However, one of the friends asked us to stop at a bar that was on the way because there were a lot of his family members there. We agreed to it, but that place was the most sh**** place you’ve ever seen. There were literally three people inside. “

By the way, Dillon Danis underwent a complete knee reconstruction in March, and the operation lasted seven hours. Bellator’s fighter is still in the recovery phase and is using crutches.

”I was on crutches until that day. However, because of weddings and photos, I am allowed not to use crutches, but only if I am standing, not if I am walking.” Danis explained.

The American fighter then explained that he had certain problems at the entrance. The person reviewing the documents asked him to show the identification document, but Danis did not have his wallet. The bouncer who eventually forced Danis to tap into his version of the story said Danis was trying to prove who he was via Google.

”You know when you walk in a suit tailored for you, and you have a wallet in your pocket. It doesn’t look good in the pictures. It’s funny that this guy says I ‘googled’ myself to prove to him who I am. I showed him proof of my age and passport, as well as a vaccination card. I told him I didn’t have a wallet because we took pictures all day.” the MMA fighter replied to the bouncer’s claims.

So the problem was already at the entrance to the bar, but Dillon claims that it all started with an argument between two guys in front of the said bar.

“It simply came to our notice then. I am not allowed to move (without crutches) and therefore I stood to the side. I would go home, but in places like that, you can’t call Uber because it takes them an hour to get there. So I stopped there because I wasn’t allowed to walk, and that’s when these guys got into a conflict. A lot of waiters then came out and I swear you were surrounded by about nine people. They were very selfish and tried to fight with me. I told them not to touch me and there would be no problem. One of the guys was constantly tapping my head and wondering what would happen if he touched me after all. I begged him to stop and I explained how I had come to have fun. He still kept tapping on my forehead and then a fight ensued” said Bellator’s fighter.

Danis explained how someone jumped on his back and told him he had been arrested. The BJJ master thought he was indeed a police officer and did not want to use physical force against the police officer. Still, it turned out that the person on his back was a bouncer, not a cop.

“He is in trouble because he pretended to be a police officer and all that will go to court. We’ll take care of it. He is not even the guy who touched me, he was not even involved in that conflict” Dillon explained.

Danis adds that he was quickly released from custody into which he was taken by real police officers.

”All the cops were on my side, to be honest with you. I was in the cell for 20 minutes and then the policeman took us to another party” Dillon Danis concluded his side of the story.