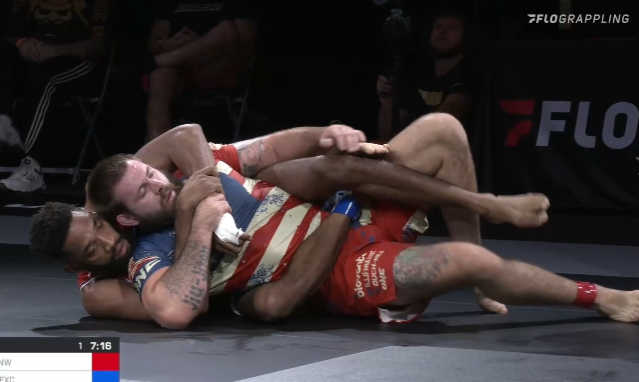 Gordon Ryan worried the entire Jiu-Jitsu community in May when he announced that he was retiring due to stomach problems. The 26-year-old Ryan has been having these problems since 2018. He went through big problems and wrong diagnoses. However, in August, he informed his fans via Instagram that one gastroenterologist had finally determined what the problem was.

Ryan stated that there is an overgrowth of bacteria and a fungal infection in his stomach. All of this affected his kidneys as well, but Gordon Ryan stated at the time that his recovery could still be successful. It seems like that’s what happened, as “King” Gordon Ryan returned to performing at last night’s WNO (Who’s Number One) grappling event.

Fans of grappling hoped that Ryan would immediately do a match against one of the top grapplers, but he has not trained with high intensity in recent months. So UFC welterweight Philip Rowe (8-3-0, 1-1 UFC) served as a warm-up opponent. Rowe has experience performing at shows like this, but Gordon Ryan has, as expected, dominated.

The duo performed under a special set of rules. Namely, their match lasted 15 minutes, and the goal is to collect as many submissions as possible. Gordon Ryan eventually forced his opponent to surrender four times, while Rowe unexpectedly failed to force Gordon Ryan to tap. Still, the UFC fighter deserves credit for not being passive, nor did he avoid the fight by procrastination despite allegedly performing with a broken arm.

Ryan submitted Rowe with a “heel hook”, a “guillotine” and twice with a Triangle Choke. Phillip Rowe commented via Instagram on one of the clips posted on FloGrappling’s profile by writing:

Gordon Ryan posted a message to his fans via Instagram after the match with Rowe. But what’s important is that Ryan is paying a tribute to his opponent.

Gordon states that Rowe performed with a broken right arm. Other than that, Ryan states that Rowe’s loved ones passed away last week, and his mother was diagnosed with cancer a month ago. Really a tribute to Rowe who despite all that agreed to a grappling match against one of the greatest in the history of Jiu-Jitsu.