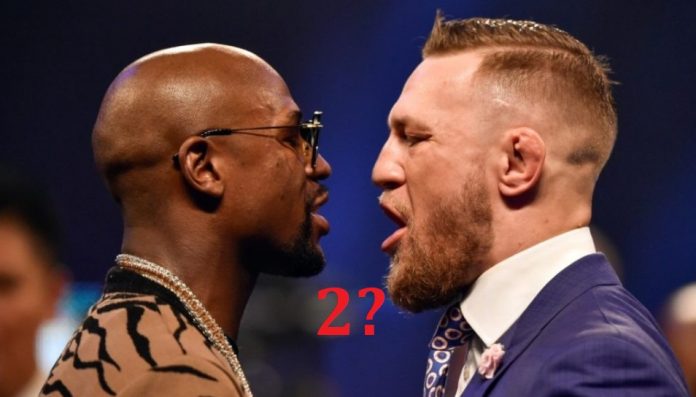 Conor McGregor lost against Floyd Mayweather but what he didn’t lost is the hope. We’re not sure if that is hope in a victory or in money but the hope is there.

Caroline Pearce did an interview with Conor  at “An Evening with Conor McGregor” in Glasgow, Scotland and we’re bringing you quotes by MMA Fighting where Conor is saying that he would beat McGregor in a rematch.

“What’s sickening me is that the little motherf**ker is retired now. I know if I went another go with him, under boxing rules, I’d get that win. I know that. I know by the feeling of him in the first fight. He had to change his whole approach. He fought completely different than he ever fought. He couldn’t figure out what I was doing early on.”

“With the lessons I learned from that first fight, if I had another go now, I’d get him. At the same time, he’s 50-0 and he’s getting on, I’m not gonna start calling him out. I’m happy to see a fighter (do well).”

“It’s a dangerous game we’re in. I’m not gonna start calling him out. I’ll sit back and wait and I’ll fight,” he said. Let’s see how he handles this round of money. I might get the phone call again and we may do it again. Originally, he said an MMA fight next. He was talking about an MMA fight next.”

“That’s what he said before the fight. So, what’s he going to do? Does he want another fight? In my head I’m thinking, get one of these boxing guys to come over into my world now.”

McGregor even went so far that he said he “sold himself” to fight to that limited ruleset.

“I got beat. I got beat under that ruleset. I’m not going to start giving off like that. I accepted the rules, and I was beat in the rules.”

“Make no mistake, every time I took his back in that f**king fight and the referee separated us, in a real fight it’s done right there. That was the part for me that I had to get over the most.”

“I almost feel like I sold myself out. I put so many skills and so many shots in my back pocket for a paycheck and big event and that’s been messing with my head a little bit.”

Are we going to watch Floyd vs Conor 2?