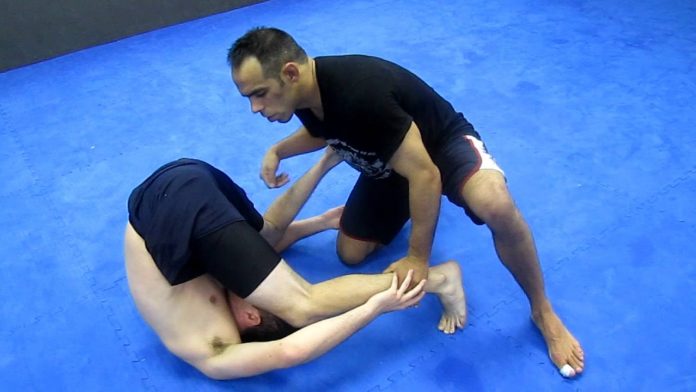 There are plenty of things that can annoy you as a guard passer in Brazilian Jiu-Jitsu. First of all, you have to deal with a bunch of lapel guards with dumb names. The cutoff circulation to your arms or legs, making them extremely uncomfortable but not unpassable. Also, leg locks start to spring from everywhere, requiring a more cautious approach to passing. However, there’s hardly anything more annoying than having to deal with a freakishly flexible person. What most people do not realize is that flexible people closed guard is just as difficult to pass as their open ones. Passing the guard of a really flexible opponent might take the whole match, and even then you can come up short. There are a few basic concepts out there that can help, but still, you’ll have to be ready to truly put an effort in!

Passing the guard has something deeply satisfying about it. The conqueror genes inside us get activated everytime we manage to smash all our opponent’s defenses and conquer their space. Getting past the legs of an untrained person is no easy feat, let alone a trained grappler. When the person on the bottom has an inclination toward playing a certain guard type, things become way more difficult. People that have more than one guard at their disposal can make your life as a passer real hell. And those that boast with extreme flexibility on top of it, make passing the guard a nearly impossible task. The keyword here is ‘nearly’.

Just like with everything else in BJJ passing the guard of flexible grapplers is a hard thing to do but it is possible. Technical passes won’t work the same as they do on regular people though, You need to be ready for this and be open to making modifications. That said, there are a few principles and one key thing to focus on with flexible guard players. You’ll need to pay special attention to just one of your opponent’s body parts. Your overall alignment also plays a huge role, as even the slightest loss of posture or base is going to get you flying. 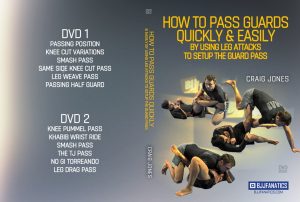 Craig Jones is one of the best No-GI grapplers in the world, that much is apparent. “How to Pass Guards Quickly and Easily Using Leg Attacks” DVD set is a genius guard passing system developed by Craig himself. With this instructional, no one’s guard is going to be a problem for you, ever again!

Whenever you’re up against a flexible guard player, you’ll know it from the very first moment you enter their guard. They seem to b giving away certain position while holding on to specific grips. Flexible people usually have no fear of a smash pass, since they can wiggle their legs everywhere. They also have no trouble deflecting your repeated pass attempts with just their legs. 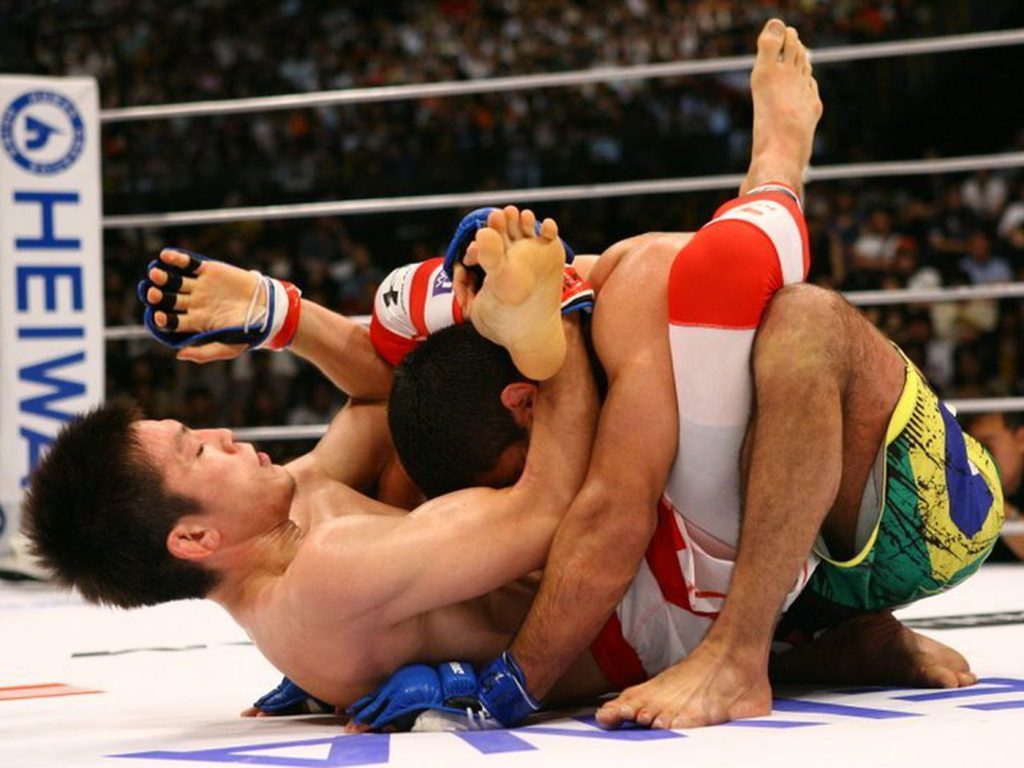 There are generally four basic directions of passing the guard. You can go under the legs, around them, through them or over them. Out of the four, none are directly applicable against people that are very flexible. the simple fact that they can put their legs behind their head, means there’s no way you can pass. You can go around or through and you’ll still end up facing some part of their legs. Furthermore, flexible people invert with ease. This is another indicator you’re up against a flexible grappler. Once you see someone working towards an inverted guard, get ready for a battle to pass the guard.

While there are certain guards, like the inverted or spider guard, that flexible people usually play, they do great in almost every guard variation. Plus, there’s no way you can use their flexibility against them. Even going for a leg lock setup from the top can be difficult. They tend to move their legs constantly, switching the points of control. However, they’re not unbeatable and even the most flexible guards can be passed.

Focus On This Crucial Aspect

The one concept that universally works against all guard players, flexible or not, is controlling the end of the lever. In terms of passing the guard, this means the legs. And, despite your perception that you can only control the foot, as the only lever, you’re wrong. Controlling the foot in a precise manner is a huge part of passing. However, controlling the other end, in the form of the hips is even more important. As long as you manage to block and control the hips and or the ends of both feet, you’re in business.

Now, getting control over the feet is much easier than controlling the hips, After all, it is the flexibility of the hips that makes grapplers so good at playing guard. When aiming to control the feet, always look for the fingers. If you can wrap a grip around the toes of the foot, at the level of the first knuckle, you’re golden! It is very easy to manipulate the feet from there and even affect how the hips work.

With the hips, you need solid grips and a good understanding of what the opponent aims to do. Pinning the hips requires you to adjust angles constantly and look to introduce, one by one, all the elements we’re going to go over next.

There’s more than one way of pinning the hips when you’re passing the guard. The hardest one to achieve is actually pinning them to the ground. What you should also consider is that lifting the hips off the ground is also a great way of blocking them. As is neutralizing them via a pin on one side only. Whatever you choose to do, make sure you’re going for one of these options.

The goal with all of the above is to make sure you reduce the space between you and your opponent completely. The more space they have, the more they’ll be able to use it to escape. If you leave even the tiniest hole, a leg is going to appear there at some point. Once an opponent has a pivot point, they can look to release their hips and stay active.

One great way of achieving a hip pin, along with great control of the legs is the stack pass. Passing the guard by stacking your opponent. means their neck is their only point of contact with the ground. Plus, they have to carry all your weight.  What you need to be careful is not letting their feet touch 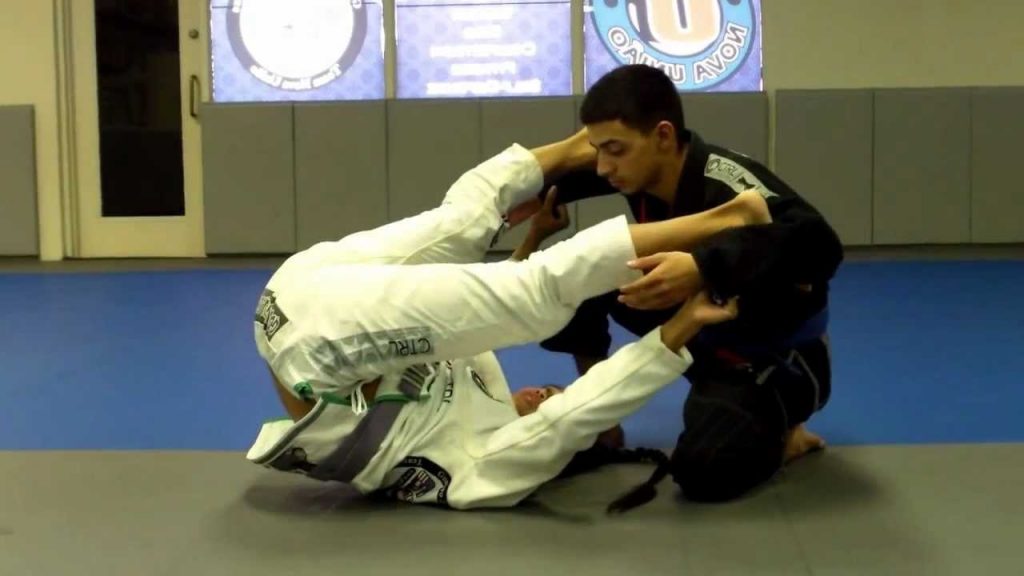 Flexible guard players usually use the inverted guard to get underneath you and sweep you at will. This means you need inch perfect balance at all times. For this, make sure you keep your posture and stance immaculate. Your advancement towards the pass should be slow and methodical, completely controlling the hips.

The final part of the puzzle is pressure. You have the hips, you control the legs, you have your balance. Now, make sure you make your opponent feel pressure. Make them let you past their legs while making sure their hips are above the ground at all times!

Inverted Guard – Is It Really Worth The Trouble ?